What Was Prophesied Is Now Upon Us! (Part One) 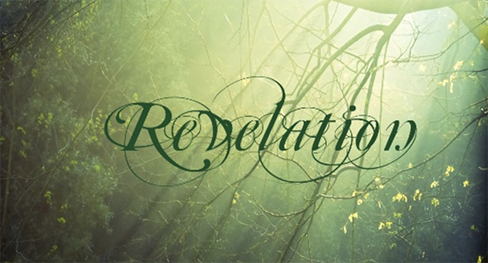 There are days when the Lord tells me to reflect upon how far we've come; to take a look at what the Holy Spirit was prompting me to write in the recent past, in the hope that I can see what He is showing me now. This December will mark the 11th year that I have been obedient to write this blog because He asked me to encourage people who were beginning to discern that this country was going down a different path than the one we assumed would always be there.

There were many times that I didn't want to share what I received, because the conscience of the American people was not ready to accept it. I knew I would be labeled a "conspiracy nut", a heretic, or worse. But God was showing me through His Spirit, and what I instinctively discerned [in my spirit] from world events, that I needed to alert those with "ears to hear, and eyes to see."

It's been 11 long years of trying to do that through this blog. There were seasons of great numbers of people from all over the world who responded to what God revealed through my words. I was amazed that someone in China or Ukraine was hearing from God as I was, and that we were united in our desire to share God's promptings so that more people could come to the Saving Grace of Christ. I was blessed to be in community with some very wise men who had the ear of Americans who were "waking up", and through their blogs, podcasts, and books, were getting God's message out.

So, all of this to say that I listened to God and have gone back to those early posts (many of which I had forgotten I even wrote) to see what He wants to show me in this day. Here are just some of the admonitions He highlighted then...

Facing The Monster (December 22, 2011) ... This post appeared just 11 days after I launched this website, and included short reviews of two books that were brought to my attention. They weren't for the weak-hearted, and helped me grasp the severity of our national situation, and gave me an opportunity to see what the future might look like.  Enemies, Foreign and Domestic shares a possible scenario in which the Government sets up a down-and-out war veteran as a sniper responsible for a mass shooting in a football stadium --- creating a smokescreen for the purpose of eliminating the Second Amendment gun rights of the citizenry. After reading this book I realized how quickly our rights and freedoms could be seized by a tyrannical government, and how important it is to develop a mindset that clearly sees the fallout from that scenario. And the most surprising element of the book? The hero is a WOMAN!

One Second After is a sobering account of what it looks like if a rogue nation detonated an EMP (Electromagnetic Pulse) over the continental U.S.  Anything electronic would be instantly rendered useless.  Think about it.....what would society be like without computers, phones, cars, medical equipment, refrigeration?  Answer---in a single moment, we would be thrown into the Dark Ages.  And how many people would be able to navigate that scenario?  How do you think the entitlement crowd will react?  They have been told they deserve all that's been given them, so do you think it's realistic to expect them to not just take it now?  And what about the evil elements of society?  How would you maintain law and order?  And what if you, or a loved one, needed medication to survive?  What does that scenario look like when life-saving medicines are no longer available, or there is no way to store them?

Both of those books are still very relevant for today's world. I ended that post with a challenge to face the monster; just as I would challenge anyone today ... both of these frightening scenarios offer us a chance to be prepared, primed and ready to guide our families and others to safe ground. In 2011, the plots of these books only existed in the imaginations of the authors. Still think so?

The Devil At Work: Human Sex Trafficking (May 10, 2013) ... I used this post to reveal the ugly truth of Sex Trafficking in America. At the time, it was not at the forefront of our national dialogue, although it was a billion dollar, international business hidden in plain sight and covered up by those in power. I wrote of "the long record of this kind of abuse by members of the diplomatic corps and employees of international organizations in Washington... but is it a monstrous problem right here at home. And what every parent needs to know is this: the computer and social media are valuable tools for those looking to exploit your children."

This sounds like such a simple and benign description these days, knowing how prevalent this problem is in our nation today. I stand by the questions I posed in that 9-year-old post: "I struggle to make sense of this shameful and brutal treatment of our fellow human beings.  Have we lost all sense of our moral compass?  What has happened to our integrity?  Are we no longer able to determine what is right or wrong?  And what about our responsibility to respect other people?  And finally, those who traffic in the human sex trade cannot possibly have any compassion for their victims. This amounts to nothing less than slavery .... an institution that has been abhorred in this country for over a century and a half.  Yet, even in this supposedly enlightened generation, there are people who willingly contribute to this degradation of the human race; and worst of all, their consciences don't seem to bother them as they exploit their prey for the almighty dollar." Sadly, we have only gone further down this road to hell. My questions are still relevant, but the powers-that-be don't even give them a second thought. And God's heart continues to break, as His anger grows.

The Southern Border: What You're Not Hearing (September 10, 2014)... In this post, I shared an up-close and personal view of just how bad it was on the Texas border 8 years ago.  Never mind what you might have heard the talking heads or the White House Press Corps say at the time ... listen to the first-hand account of someone who was living the reality: Rusty is a lifelong rancher along the border of Texas and Mexico. He describes how the Mexican drug cartels are using death threats, assault, and attempted murder to drive ranchers and their families off of their land... "The only thing we [the American public] hear about is women and kids… and when they make huge drug busts, that’s what we hear about.  We don’t hear about the gang-bangers coming across, we don’t hear about the terrorists coming across.  We don’t hear about the violence going down on the border.  I had a rancher call me last week, and begging for help on 15,000 acres.  He had been moved off his ranch because he doesn’t feel safe with his family there.  He’s been shot at and threatened.  We don’t hear that [on the news]."

Perhaps the most frightening information coming from this interview was Rusty's account of the child abductions, sex-slave, and prostitution threats:  "They steal kids. Literally, they steal kids. Depending on how good looking they are, they’re gonna start at $35,000 to $45,000 dollars per kid. Blond haired, blue eyed little boy, little girl, is anywhere from $50,000 to $75,000 dollars, depending on how old they are. The older they are, particularly for girls, the more the price goes up. There’s been some girls that have been missing here, for five years from Brownsville, they were stolen when they were thirteen. One of them was found in a whorehouse in Mexico City. Her parents bought her out [from the cartels]– they bought her out for a million-five."

That was then! Multiply that by 100 and you might get a hint at what is happening today on the border! When God showed me this in 2014, I did not believe that it could get any worse. But the media still is not covering it adequately and so much of the country does not believe it is happening. I was challenged by an old college friend who refused to believe this was nothing but political propaganda, and asked me how did I know any of this was real. My answer: Me and my neighbors are living it!

These are just a few of the stories that God brought to light and prompted me to write about nearly a decade ago. At the time, I was castigated by many commenters for false witness, but I clearly heard in my spirit to warn Christians [who might find my blog and actually read it] to stand up and be counted for! This was a season of writing where God revealed the coming evil in hope that knowledge would bring power to the spirits of His children to resist evil forces that were rising up in our country. As you can clearly discern, the evil has only grown. I invite you to tune in for the next post that will show you where God took me next and what He requested be made known. I pray that we pay attention to revelations of the past while we still have time to repent and be redeemed in our present.