Onward, Christian Soldier: The Time To Take Up Spiritual Arms Is NOW!

DISCLAIMER:  I am not an expert on Spiritual Warfare, and in fact, am just beginning a serious study of the power and authority we have been given in the name of Jesus.  As I gaze upon the world today, I am becoming increasingly aware that this is a weapon we need to be employing.  This post is a "Beginner Course", so to speak, and the following is my developing hypothesis, in the hopes that you will solemnly and thoughtfully consider this matter. 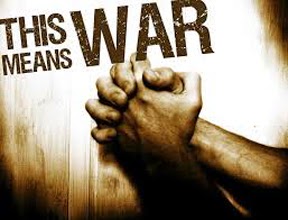 This post may not be of interest to many; nor might the necessity of it be understood by a majority of readers.  But all one has to do is look at a sampling of the headlines over the last couple of days, and I can assure you that it is a subject that needs to be discussed.
I'm going to start by asking the question, What do all these news stories have in common?  Russian Troops Invade Ukraine; ISIS Strips 250 Soldiers, Leads Them To Mass Execution In the Desert; Babysitter Stabs Father For Refusing To Have Sex With Her; Stranger Fleeces Church With Sob Story... I could go on and on; the newspapers and internet news sites are full of them.
So, what is the answer?  Very simply, it is that mankind is in a spiritual war with God's Enemy.  But the understanding of this concept precludes that one comprehends and accepts that not only does God exist, but that Satan is real; and that he employs a multitude of devices and forces, in his position as "god of this world" (2 Corinthians 4:4).  It is important that 1) we recognize it is our duty to fight against this Enemy; 2) the four important areas of his influence; and 3) we have a power stronger than his.
Part of Satan's delusion is that both the Unsaved and Christian can be presented with his power and influence through movies like The Exorcist, Amityville Horror, and The Shining; or through music by Lady Gaga and Katy Perry, both of whom claim to be "possessed" by demons.  Yet most of today's Christians are not engaged in battling these spiritual entities because they've never been taught that they are to be engaged in such a battle, nor how to go about it.  "Onward, Christian Soldier" is nearly a lost conviction.  (Please don't think I am confusing Spiritual warfare with the Crusades.  Those were human military campaigns, sanctioned by the Roman Catholic Church, for a variety of religious, economic, and political reasons -- and I call into question the part that Satan played in their execution).
A couple of weeks ago, I alluded to a private gathering I attended, in which the author of Psalm 91: God's Umbrella of Protection, Peggy Joyce Ruth, spoke.  I am very fortunate to be part of a body of Believers who are listening to the call of the Holy Spirit to come out of the apostate Church.  Mrs. Ruth introduced us to the concept that, as Christians, we have a job to do as part of this End Times generation.  We have been given authority over Satan; we were created to rule over the enemy -- not the other way around.
So, all this sounds like good "church-y" theology, right?  And you are thinking, what does this have to do with the headlines of the day, or the lyrics to Katy Perry's song, "Dark Horse"?  Well, they are all manifestations of who we are battling, according to our go-to Scripture on Spiritual Warfare, Ephesians 6:12:  For we wrestle not against flesh and blood, but against principalities, against powers, against the rulers of the darkness of this world, against spiritual wickedness in high places. 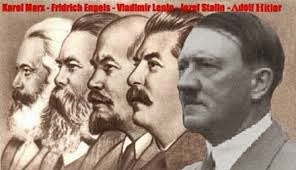 It is imperative that you understand the true meanings of these four forces of Satan.  The Greek meaning of the word for PRINCIPALITIES describes things in a series, such as leaders, rulers, and judges; it signifies rank and organization.  This informs us that the Satanic kingdom is highly organized, and Satan is at the head of this kingdom; and there is a rank of ruling spirits under him that are subject to him and assigned over areas such as nations and cities.  (When you consider some of the decisions of the world's rulers and look at their actions, it is not hard to imagine that they are "under the influence".)
Remember the reason the angel was delayed with bringing God's message to Daniel?  It was because he was engaged in battle with "the prince of the kingdom of Persia".  We must grasp the reality that Satan, as the Enemy of God, can have a powerful effect on the leaders of nations, states and cities.  It is necessary that we realize that our spiritual warfare not only includes our individual lives, but communities, our nation, and the world!  This is not just some Biblical folklore, folks!  Kings, and Presidents, and Shahs, and Imams can all be at the head of Satanic Principalities.  And they derive their POWER from their spiritual leader, Satan.  That's the second force that we battle.
The Greek meaning of the word, Power, implies "authority", and tells us that the demons Satan has placed over various areas and territories have been given the authority to carry out whatever orders they've been assigned... Satan's orders that result in deception, control, and destruction.
But, as we take our positions for battle, we need to understand that we have even greater authority; the authority of the name of Jesus.  Our authority lies in the power of That Name, and demonic entities are forced to yield to the authority of the name of Jesus.
Both PLW and I can personally attest to the power that the utterance of that name has against a demonic force.  Sadly, the Church has this same power and authority, (through the Name), that was given to it initially, by Jesus, Himself; yet, we've lost the knowledge that it is at our disposal.  We don't have to pray and wait for God to come to our rescue.  Through our Salvation and our baptism in the Holy Spirit, God has provided us with the necessary weapons to engage in spiritual warfare and actually become a formidable and mighty, militant Church! 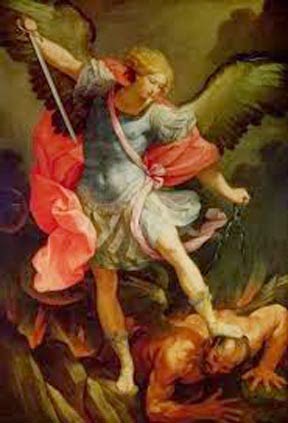 The third force to be reckoned with in our spiritual battle is the RULERS OF THE DARKNESS OF THIS WORLD.  When Adam fell through sin, Satan was given dominion over the world, but he is nonetheless a defeated foe of our Lord.  The Devil is really just a trespasser in this world, and he has no legal rights over us Christians.  Our debt has been paid by the blood of Christ, and we belong to Him.
So, if he's doomed to defeat, why does Satan still seek to rule this world, and why has he gained such success through his "rulers"?  It is simple:  the Church has not recognized or risen up in the power and authority given it.  It's time that we use our spiritual weapons and strength, and take the offensive to the Enemy!  But the Church and Believers have to recognize that this battle cannot be won politically or socially ... we cannot change things by getting out the vote, or accepting new social paradigms.  In fact, a secular activist group (The American Humanist Association) recently revealed that 24 members of Congress have privately admitted they don't believe in God.  So, do you really want to go to Spiritual War with these guys on the front line?
Finally, the fourth force that we embattle is SPIRITUAL WICKEDNESS IN HIGH PLACES.  Obviously, the key here, is "wickedness".  In the Greek, that word means "depravity; malice; plots".  That can encompass all kinds of spiritual battles against pornography, the occult, "Black masses", or even a babysitter who has allowed a spirit of sexual addiction to rule her impulses.
The point is that we have very real spiritual enemies.  They are the enemies of both God and man.  And while we Christians have the promise of victory in heaven, we still can be afflicted and tormented here on earth.  The key to our victory in this realm is to use our authority as it has been given us.
All the mayhem and chaos we see in the world is not going to go away "if we just try to get along", or if we compromise with the Enemy.  The disorder and turmoil is a result of the battle between spiritual forces in the heavenly realms and upon this earth.  It's time that we get into the fight!  We have been given the authority (through the power of Jesus) to bind the power of the Devil, and to set free those he has made captive.   And we need to be exercising that authority NOW!

This is an exhaustive and many-layered subject for Christian study; far too sweeping for a single post.  But it is a discipline that needs to be encouraged and strengthened as we face the last onslaught of the Enemy.  For a more in-depth study of how to wage Spiritual Warfare, I highly recommend the celebrated book, Pigs In The Parlor: The Practical Guide To Deliverance.  It is a book filled with practical information for the modern Christian Soldier.  And I offer you this Warfare Prayer to fortify you and further embolden you.

2 Corinthians 10:3-4    "For though we walk (live) in the flesh, we are not carrying on our warfare according to the flesh and using mere human weapons.  For the weapons of our warfare are not physical [weapons of flesh and blood], but they are mighty before God for the overthrow and destruction of strongholds,"