We are all aware of the persecution of Christians in Iraq, Iran, Syria, Africa, and other parts of the world.  And we are seeing the effects of discrimination and oppression against Christian principles within our society and culture.  But there is one source of hostility against Christians that is the most shameful and despicable of all ... that of other Christians.
In his most insightful book, Blood on the Altar, Tom Horn and other discerning writers lay out a convincing argument that there will be, in the End Times, a royal battle between the True Church and the False Church.  Just as Jesus was bold in showing the Pharisees that strict religious adherence to the Law did not produce righteousness before YVHV, so was the Apostle Paul fearless as he debated with Hellenized Jews over the declarations of the true and living God.  In fact, all the Apostles ran into opposition when teaching and preaching the newfound Gospel Message.  Therefore, we, too, should be bold and unafraid to present true Apostolic teachings. 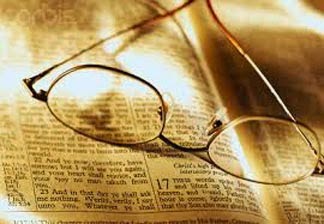 And here is where the crux of the issue lies.  Personally, my life has not always been a productive one for God's Kingdom, nor have I approached His Word with a scholarly and intense desire to know Him in every way He has revealed Himself.  I confess that this grieves me.  But in recent years, I have been moved towards greater understandings and deeper revelations of what His Word has to tell us.  That has resulted in a different path, and a new, and sometimes different comprehension of the Bible -- one that does not always set well with Christians who are satisfied with their current understanding; or Believers who are comfortable with their level of knowledge and  have no desire to seek greater illumination.  Please, this is not an indictment against them; I am simply stating that God is working differently in me.
But when I want to take the bold step of sharing bigger concepts, and a bigger God, with the American Church, I have been met with much resistance and hostility.  I think we can all agree that there is much strife within the Church's denominations over "the right dividing of God's Truth." The Baptists think they are accurately representing what the Apostles taught and preached.  But so do the Presbyterians ... and the Lutherans ... and the Catholics.  So how did we get to so many different doctrines and creeds and religious ideologies?  They can't differ so much, and all be right!
So it is, that as I have endeavored to express the wondrous and awe-inspiring depth of the Bible, that I have encountered more opposition than I would have expected.  In my eagerness to share how the Septuagint and the Greek translation of the New Testament, along with studies of the Hebrew Old Testament and the writings of the Early Church Fathers have expanded my understanding of Genesis, Chapter 6, I have been astounded at the vitriolic comments from fellow Christians.  When I have tried to relate my skepticism of tattoos to ancient Biblical warnings, the acrimony from my Brothers and Sisters in Christ was, let's just say, less than loving.  And every time that I have attempted to equate Israel's right to the Land, according to the Bible, some of the harshest critics have been self-proclaimed Believers of the Word. 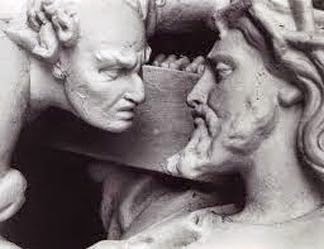 I have been called a heretic, a fool, grossly manipulative, a false teacher, and even a tart (Not sure why that's appropriate) ... And all by fellow Christians.  And for what purpose?  Was it to gently rebuke me because they disagreed?  Was it done out of a humble and sincere heart to correct my stumbling thoughts?  Or was it to punish, embarrass and disparage me?  Could they support their own arguments, or was it simply that my new discoveries upset conventional theology?
SIDE NOTE: We need to understand the difference between "Religion" and "Theology".  It is almost impossible to agree upon a definition of Religion, but for the sake of this essay, my understanding is that Religion is a system of faith, based upon doctrines and a set of beliefs held by the Church.  The word "Theology" comes from two Greek words -- "Theos" meaning God, and "Logia" meaning "a subject of study".  Therefore, as a person who is digging deep into God's Word to learn what He has to say about Himself, I am a "studier of God".  That is to say, I am reading, investigating and reflecting upon His Word in a personal effort to gain more knowledge of Him.
Yet, when I attempt to share and encourage dialogue with my fellow Christians, I encounter harsh condemnation for daring to suggest something different from accepted doctrine.  Isn't that what Jesus, and later, the Apostles, experienced when they endeavored to introduce a greater understanding of God?  Shouldn't it be important to us to be diligent in how we interpret His Word?  As Christians, isn't it incumbent upon us to protect and fortify the Bible from the culture?  Have we forgotten that James 4:4 warns us that "friendship with the world means enmity with God?", or do we not rightfully discern the Parable of the Wheat and the Tares?
Have we stopped to ask ourselves, "Am I understanding God's Word as He intended me to, or am I relying on others (my Pastor, my Denomination, Christian "personalities") to interpret it for me?"  As Christians, shouldn't we want to know as much about God as we can, so that we can glorify Him through our love and obedience?  So, why is there so much animosity and bitterness when I want to illuminate His Word? 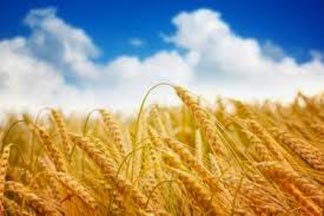 The "haters" can hypothesize that I am interpreting Scripture wrongly or falsely; yet what I find is that they don't show me where Scripture disputes my findings; it is more likely that my opinion is in opposition to their traditional doctrine.  In this day and age, our culture is trying to denigrate our Faith for its "intolerance" and "bigotry" -- and much of that criticism is coming from within the Church, itself!  Try, as my husband and I did, to defend Scripture, as it is written, to proponents of a sect of Christianity who call themselves the Emerging Church.  We were told we were part of "the old paradigm", and Christianity was changing!  How can the so-called Church be so misguided?  Scripture clearly says, Jesus is the same yesterday, today and forever!
But I must be completely honest; there have been many comments on my afore-mentioned theological theories that were kind and supportive; they encouraged me to continue in my dauntless pursuit of knowledge about this Awesome God we serve.  And that gives me hope that the Body of Christ is willing to hear the Truth as God teaches it through the Bible.  It heartens me that there are those who understand my unwillingness to compromise His Truth with the spirit of this world or our culture.
We must stand on the Authority of the Bible -- and every word of the Bible; all of it -- not on man's or the Church's accommodating doctrine.  I realize that there is much of God's Wisdom and Counsel that we will never know or understand.  However, I believe He is revealing to this generation what we need to know for these times; but we must earnestly seek Him and reverently study His Word.  And His Word foretells false teachers and false prophets; Satan has done a great job establishing his counterfeit church.  And Christ also forecasts a prosperous and comfortable Church that has everything it needs, yet is apathetic, superficial, and lukewarm.  THAT Church does not want to hear any new revelations that upset their conventional and traditional theology.  THAT Church will become increasingly like the culture it attempts to placate and imitate, and more hostile to brethren who promote God's Truth.  What is now vitriolic hostility may soon become "justified" retribution.  And that, my fellow Christians, is not what Christ intended for His Church!

Mark 7:6-9     Jesus replied, 'You hypocrites! Isaiah was right when he prophesied about you, for he wrote, 'These people honor me with their lips, but their hearts are far from me. Their worship is a farce, for they teach man-made ideas as commands from God.' For you ignore God's law and substitute your own tradition.' Then He said, 'You skillfully sidestep God's law in order to hold on to your own tradition.'