Opening The Door To Satan: This Generation's Obsession With Tattoos

This post is outside my normal realm of attention, but I think it is nonetheless important for us to consider.  For those of us who are spiritually aware of the evil that is cascading upon the earth, we see our culture a little differently than most.  We recognize all the ways that Satanic influence is creeping into our consciousness: through violent video games; through our music and entertainment; through the rapid integration of humans and computers in the quest for "eternal" existence.  Just 20-40 years ago, what might have been viewed with suspicion by a generation more "tuned in" to God, is now easily accepted and adopted by a more "humanistic" society ... everything is allowable when it comes to expressing yourself. No practice is more pervasive these days than tattooing oneself.  Tattoos have existed throughout time, and even The Greatest Generation came home from the last World War with souvenirs of their battles inked on their forearms.  But this generation has taken "the art" of tattooing to new levels.  It is no longer enough to display a small heart or butterfly on your shoulder or ankle; or, if you are a guy, to tattoo some bad-ass image on your deltoid muscle.  Now, tattoo "sleeves" are sported by everyone from celebrities to the hamburger flipper at McDonalds.  The wearer displays a collage of tattoos that covers most, or all, of his/her arm; usually from shoulder to wrist.  But it is not uncommon to find that chest, back, both arms, the neck, and even parts of the face are covered with tattooed images.
So what do you think?  Is this just the unique method with which this generation is expressing itself?  Or could it lead to something more sinister?  I contend the latter.  But I want to make it clear that I do not believe that everyone who makes the decision to get a tattoo is doing it to pay homage to the devil or some malevolent spirit.  On the contrary -- most do not even know the implications of what they are doing in the name of "fashion".  So let me give you something to think about.
Most Christians are aware of the Leviticus 19:28 verse in the Bible:  “You shall not make any cuts in your body for the dead nor make any tattoo marks on yourselves: I am the LORD.”  But do you understand why God gave this commandment?  As always, it is important to know the full context of any Scripture quoted.  One of the primary reasons that the litany of rules and commandments that abound in Leviticus were instituted was to keep God's Chosen People from imitating the pagan societies that surrounded them.  There were rites and ceremonies that the pagans observed at the death of loved ones and at the time of a funeral.  They would cut themselves and tattoo themselves on behalf of the dead, in order to pacify the gods of the underworld that they worshipped, and thereby gain a favorable position for their dead friends or relatives.  The ritual of tattooing began as a means to placate and appease the demonic spirits of Satan.  (See commentary by noted theologian Matthew Henry).
Now, I have read blogs by Christian Pastors who have chosen to approve tattoos, especially those that express symbols of our faith and Christianity.  They will say, "The tattoo of today is much different than it was for those who originally received the Pentateuch. Today, a tattoo is a decorative means of self expression and personal decoration... but in our cultural context they do not denote a connection with evil or false faith. In the same way tattoos today do not link the wearer to cultic worship practices and is not generally practiced for ancient religious purposes, tattoos today are for ornamentation."
These blogs will then go on to rationalize that the Christian is free to tattoo themselves because we are no longer under the Old Testament Law.  They will explain that tattoos can give glory to God and be a tool for evangelizing.  But they just don't go far enough in their understanding!  And when they say tattoos don't mean the same "in our cultural context", what about what it means to the demonic spirits?  Do you think they play the game according to our "cultural context"?
At the root of my opinion about tattooing is the fact that the Bible clearly states, "For the soul of the flesh is in the blood, and I myself have put it upon the altar for you to make atonement for your souls, because it is the blood that makes atonement by the soul in it." (Leviticus 17:11).  Throughout the Bible, God makes it plain: Blood is important to Him; He regards Life and Blood as sacred.  Blood is Life, and God claims it as sacred to Himself -- so Sacred that it is the instrument of our atonement.  We can only find forgiveness through Blood.... and only Christ's Blood! 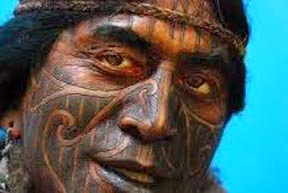 BUT HERE'S THE DEAL!  In their book, Dictionary of Cults, Sects, Religions and the Occult, authors George Mathers and Larry Nichols give us this description of Blood:  The vitalizing or life-giving agent used in the sacrament of the BLACK MASS. Blood is believed to provide power and life and therefore plays a central part in ritualistic sacrifices.  Blood is the "power source" in the spiritual realm of the occult!
So what does all this have to do with getting that beautiful work of art inked on your skin?  None other than Rolling Stone Magazine, gave this description of the process of getting a tattoo:  ""Evan Seinfeld, the bassist for Biohazrd, sits in the chair, offers his hand and waits for the bleeding to begin. . . The instrument whirs to life, humming across Seinfeld's hand, creating a vibrating pool of blood and ink."  (Rolling Stone, March 28, 2002, p. 40).
Then there are these details from The Body Art Book : A Complete, Illustrated Guide to Tattoos, Piercings, and Other Body Modifications by Jean-Chris Miller:  "You’ll see little drops of blood emerge from the freshly tattooed spot. . . Once that dries and little blood bubbles have ceased rising to the surface, the artist may want to snap a few photos of your piece." Nice!
But this commentary is the one that I want you to really pay attention to ... it is based on one of the most extensive works ever published on tattoos; Dr. W.D. Hambly’s, The History of Tattooing And It's Significance.  In it, Hambly concluded that, historically, tattooing had originated in connection with ancient rites of scarification and bloodletting which were associated with religious practices intended to put the human soul in harmony with supernatural forces and ensure continuity between this life and the next.  (PERSONAL NOTE:  A very dear friend of mine is a surgical nurse, and also a Christian.  She was greatly disturbed to enter a surgical suite and find an anesthetized patient with a tattoo around his neck that read, The gates of hell will welcome me.  Seems to back up Dr. Hambly's hypothesis, doesn't it?)
Tattooing has obviously been a historic method through which humans sought to mix, or blend, or harmonize with "supernatural forces".  I can guarantee that the forces that responded were not from God!  And just because people in this age will tell you that these rituals are not their intention when they tattoo (they are just expressing themselves through body art), there is nevertheless a long and authentic association between this body modification and connecting with satanic forces.  And do you really think those "forces" won't take advantage of this generation's ignorance of what they are opening themselves up to? 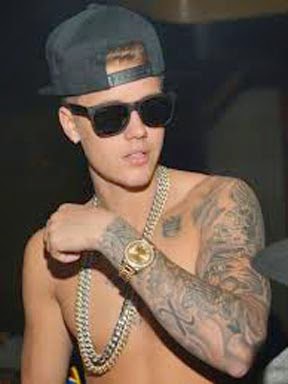 Before I leave this subject, I must hint at one other concern I have about tattooing.  We must not forget that Satan has always been obsessed with changing the DNA of those of us made in the image of God.  That's what he tried to do in the Garden of Eden to keep Jesus's pure bloodline from existing.  In his excellent book, Exogenesis: Changing Men Into Monsters, author Steve Quayle introduces the first-hand knowledge of "Matthew", a former tattoo artist, who became a Christian opponent of body modification.
Here, in Matthew's own words, are a warning to those who applaud the art of tattooing:  "Most people don't know it, but tattooing is the perfect delivery system for introducing materials into the human body.  From this standpoint, tattooing is very much a DNA vaccine... the changes are "mutagenic", meaning the DNA is altered in some way..."
I don't have room here to do an extensive essay on what I think are the dangers of tattooing.  But suffice it to say that the comparisons to ancient blood rituals, the possibility of connecting and associating with "Supernatural Forces", and the ability to incrementally alter one's DNA through repetitive tattoos, is enough to make me take God's warning seriously!  If my soul is in my blood, why would I want to imitate ancient rituals that sought to commune with demonic spirits, and expose my soul/blood to their influence?  And could this be the reason we see such drastic changes in personality and actions from celebrities who have embraced this latest "fashion trend" of heavily tattooing their bodies?  (Think Justin Bieber, for instance).  Regardless of whether you agree with me, or think that tattoos are just a harmless mode of self-expression, we must all be on guard against the "harmless" ways the Enemy infiltrates our culture and our personal lives.  Remember: he is "like a roaring lion who walks about seeking whom he may devour."

If you would like to read more about "Matthew's" Christian opinion on tattoos, visit his website www.themodifiedbody.com.