I can honestly say that today I feel like "turtle-ing up" ... just pulling myself into my shell and waiting for all this worldly mess to either fix itself, or come to its prophecied conclusion, so we can kick off the Millennium Kingdom.
There is so much going on that we cannot (and are not meant to) understand.  Who really knows what is going on in the Russian/Ukraine War ... or the European Union ... or with the World Bankers ... or with the illegal immigrants and our Southern border ... or any number of other complicated world scenarios that threaten to upset our daily existence?
About the only thing I do know is that what we see or what we are being told is likely not the truth.  Who's backing and funding ISIS?  You don't produce top-rate videos and publications while on the march to decapitate Christians and innocent Iraqis.  What is Homeland Security doing to protect us from the threats of terrorists?  In case anyone has noticed, the anniversary of September 11th is around the corner, and that never bodes well for Americans. 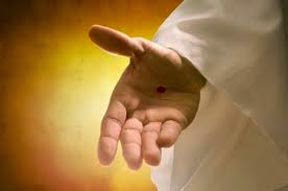 But rather than focus on all these uncertainties, my spirit is telling me to concentrate on what I can impact; what I can do to positively influence my small territory on this earth.  I do not want to let this impending sense of Judgment keep me from making a difference.  Most of all, I want to make an unparalleled try to reach those in my life who have grown distant; those I have tended to let slide from my gaze for one reason or another.... distance, contrasting lifestyles or dissimilar personalities can no longer be viable excuses.
I must figure out a way to reach my brother, a man I have always been at odds with since childhood.  Furthering that incompatibility is the fact that he is a genetic cancer doctor, with more degrees than I can count on one hand; is as far Left as I am Right; finds nothing interesting about my life; and is an avowed atheist.  Not much to work with, is there?  But I keep hearing that whisper in my soul to not give up on him.  So, I have written him a heart-felt letter and sent it along with a book by an eminent and distinguished geneticist, who wrote a book to explain how his brilliant scientific mind led him to the conclusion that God does exist.
In the letter I told him that it is important to me that he read the book, give it some serious thought, and then invite Jesus to show him He is real.  It is my fear that time is running out for him to realize that he needs a Savior. I know he won't hear it from me, but maybe if he reads it from someone he respects, he will answer the call.  I'm determined to reach him in his own language.
I also must make an effort with an old friend, a woman who has been a friend since our days in college and who has been the one to keep our friendship alive.  Like my brother, she is a doctor, and she needs proof that the Gospel message is true.  At times, I wonder how we have stayed friends, because God has taken me down such a different path than hers.  Our household incomes, our values, our marriages, and what we worship are poles apart.  She worships anything that fills the emptiness in her soul, and I think she secretly believes that Jesus will limit her ability to seek all those "adventures".
During her visit last year, there were words bordering on anger, and she removed herself to our porch, where PLW told her, "You know, she just cares about you and your soul."  When I asked her one time, "What do you think happens the moment after you die?", she just looked at me with the saddest expression, and said "That, I can't answer."  I'm determined that she will discover the joy and the grace of knowing her Lord and Savior.
I also want to reach all my friends who have languished in a lukewarm Christian environment, and I want to share just how big our God is!  I want them to know that recognizing His Power and His Sovereignty and His Plan and His Mercy and His Judgment .... all of His mighty attributes ... will directly affect how they get through the difficult times ahead.  Instead of worrying about all the negative things that might befall us, let us come closer to God and revel in the understanding of just how much He loves us.  Let us understand that His judgment is coming on the earth, and let us present ourselves in repentance and humble servitude.  Let us instead focus on how we can lead others to the refuge that we will have from the approaching storms.
While I don't want to look upon the world anymore, I realize that this is not feasible.  I have to live in this broken world, and I have a job to do while I'm here.  I'm tired of the misery I see, but I can look beyond it.  And I want to take as many people to the throne of God as I can.  So, join me... don't give up; but reach out and show someone else how to look up.  Let's deny the Enemy any further gain!