The Tribulation: A Sensitive Subject

Oh, boy, I don't know if I should even go here, but this has been weighing on my soul for some time now, so I am just going to trust my heart.  If you are a Christian, then this post will have relevance for you.  If you are not, you might still want to pay attention to what I think will affect every human being on the planet.  It couldn't hurt to consider these few words. 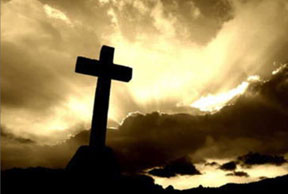 As I begin, I want to be sure that you understand I am not trying to make a statement or judgment about anyone's faith or their theological doctrine.  I respect everyone's right to make up their own mind.  God is the real author of this blog, and my thoughts originate from Him.  So as I write each day, I try to discern what the Holy Spirit is revealing to me.  Maybe this is a discussion we need to have.  So here goes.....
In both the comments on this blog and in personal conversations, I am hearing a wide range of reactions from Christians as to what the future might hold.  On one end, there are those who are on the verge of despair because of the wickedness and evil they see approaching.  On the other end, are those Believers whose default response is "I'm not really worried or concerned, because I know I'm saved.  And besides, we Christians will be raptured out of here before the bad stuff happens."  Of course, across that broad spectrum are many others who are struggling to understand just what the ramifications will be for Christians.
Before I go any further, I'm going to give you my disclaimer.  I do not profess to have the answers.  I don't have a direct line to God or proclaim to know His timeline.  Far from it!  I firmly believe that "about that day or hour no one knows", so I am just like you, trying to determine what my proper response is to the threats on the horizon.  I'm just one woman thinking out loud, if you will, and having a discussion with those who will listen.
First of all, I believe that the time in the Bible, known as The Great Tribulation, is real.  I'm one of those Christians who believes that the Bible reveals to us what is meant to be taken as literal, and what is meant to illustrate a spiritual lesson.  It takes prayer and discernment to try to know the difference and it is no easy task.  Unfortunately, throughout time, different "translations" of the Bible have brought us to this time in history when many Christians are confused as to how we are to interpret Scripture. 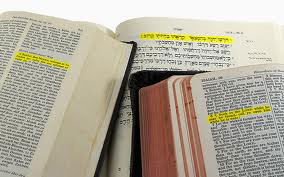 The Darby and Scofield Bibles, written in the 1800-1900 time period liberally changed Scripture and are responsible for many of the Modern Church's doctrine.  (Please do your own research on John Darby, Cyrus Scofield, and such topics as dispensationalism and premillennialism.  The doctrine of the Church has undergone many transitions and it is our responsibility to seek the Truth).  I have also been astounded at the progress of the current Emerging Church in convincing Christians that their "paradigm" needs to shift once again.  God's standards never change, so why should the meaning of the Bible?  OK, back to the premise of this post.
I'm concerned from two different perspectives.  I so want to encourage those on the despairing end of the spectrum (whom I will call the Anguished), while I want to warn those on the unmindful end (whom I will call the Secure).  Please do not take offense at these descriptions; they are not meant as insults.
I have mentioned in the past that I led a group of seekers in a year-and-a-half of studying the Book of Revelation.  And you might think that, after that amount of time, I could tell you every single thing about how the End of the Age is going to come about.  And you would be wrong!  But that study was such a blessing, and I did learn a lot about different theories of God's plan for the world.  I studied various commentaries and theologians, and ultimately came back to the Bible and its revelation to me.  I want to urge you to study this often-dismissed final Book of the Bible yourself.  The time spent in communing with God will be a blessing in itself.  Through my own study, I learned what I want to pass on to all you of the "Anguished" Group.  Please hear me clearly!  First, I learned in more detail about just what tribulations and trials we will encounter.  That was important.  I can watch for them and help others to understand what is happening.  I want to reiterate that we can't predict a timeline, and that isn't even the point of the Scripture.
What was more valuable was the underlying message that the Book wants us to hear; it is a Book of encouragement and support for Christians during a time when Evil will reign on the earth.  It tells us loud and clear.... it will be bad, but endure!  And it is actually a Book of such hope because it is revealed to the Apostle John, so that we might know that Jesus is coming back to settle the score and Evil will be defeated!  It is written to encourage and strengthen our faith; to help us persevere and persist through those times you know are coming.  So take heart!  Don't live your life waiting for the worst to happen.  But shore yourself up, and be prepared when the trials come, so that you will be able to stand for Christ and to endure. 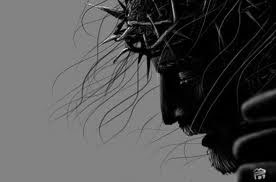 Now, I'd like to address those of the Secure Group; those who are confident that their salvation is certain and therefore think they will sail through any coming trials and "suffer not".  From a purely historical viewpoint, that seems like wishful thinking to me.  Christians throughout the centuries have suffered for their faith.  Why would any Christians, during the Tribulation, be exempt?  Indeed, Christ himself said "Whoever wants to be my disciple must deny themselves and take up their cross and follow me."  We modern Christians often have a "softened" interpretation of what "taking up your cross means"; namely shouldering some burden or heavy load in our life.  But to a person in the first-century, the cross meant one thing and one thing only: death by the most painful and humiliating means human beings could develop.  Therefore, “Take up your cross and follow Me” means being willing to die in order to follow Jesus.
But thanks to the popular theology originated by Darby and Scofield in their annotated versions of the Bible, many of today's Christians, in the Secure Group, think that we will escape the persecution that centuries of Christians have endured for the sake of their faith in Jesus Christ.  They believe in the "rapture" of the church before the Tribulation as presented in The Left Behind series.  Therefore I fear this group will be unprepared for the coming difficulties and will find these times grim and dark.  I do not want them to succumb to hopelessness or readily accept a tempting "way out" offered by the Enemy.
I offer these thoughts because I think it is important for each of us to know what we believe and to prepare ourselves for coming trials and persecutions.  Whether we are the generation that sees the End Times or not isn't as important as making sure that fellow Christians embrace the hope and anticipation that comes through our faith in Christ.  Equally crucial is the necessity of strengthening and encouraging fellow Believers to endure and persist in our faith.  We need to know what we believe so that we do not fail our fellow Christians in their hour of need.
The desire of my heart in writing this post is that all people, rather than concentrating on predictions and timelines, will instead turn to fortifying their faith.  Throughout the centuries, Satan has attempted to alter the Word of God through the different interpretations by man.  Seek the heart of God and discern His message for the Ages.  The one thing I can tell you is that our future will neither be hopeless nor a walk in the park.  But we can know that He is forever Sovereign and in control!

Revelation 1:3    "Blessed is the one who reads aloud the words of this prophecy, and blessed are those who hear it and take to heart what is written in it, because the time is near."