There are days when the spiritual component of my life just screams for attention.  Enough of this world, already!  So, I just have to speak about matters that have much greater consequences than the latest headlines.
A few weeks back, I published a post titled "How Much Longer? (As It Was In The Days of Noah).  Needless to say, it caused quite a bit of controversy and generated a spirited conversation amongst the Body of Christ, and with the secular population.  But there is much more that needs to be said about this topic, and I believe it is quite relevant to our national discourse. 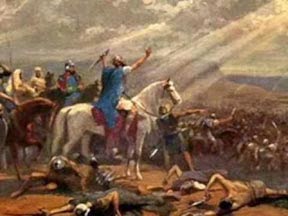 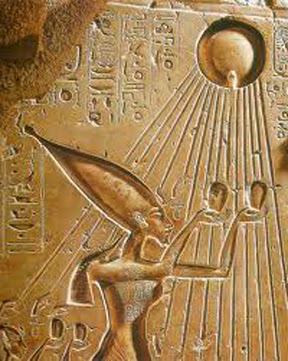 We must do what the Mainstream Church will not do.  We must take the Fallen Angel doctrine to the masses who are so mesmerized with The Discovery Channel's Ancient Aliens, and show them the truth.  Ironically, this wildly popular TV show promotes 97% of the Fallen Angel theory, but comes to a wrong conclusion.  The 3% of their theory that tells viewers the Fallen Angels are our "creator gods" is a big percentage point, when Salvation is at stake.  Who do you think those Ancient Aliens/Fallen Angels owe their allegiance to?
I simply do not know why the Church scholars and Seminaries, as a whole, can't read the Hebrew and discern the deception in the Sethite Theory.  A first-year Bible student, with a Strong's Concordance, can clear this up in 15 minutes of honest study.
I believe that liberal theology has been embarrassed by the Fallen Angel view, and for that matter, any supernatural aspects of God, which make Him a Bigger God than they can imagine.  They can only continue to perpetuate the false Sethite doctrine... all to the delight of Satan,who is the father of lies.  People like Steve Quayle, Rob Skiba, L.A. Marzulli, and Doug Elwell have done exhaustive research on this subject, and are blowing the Watchman's horn from the wall in regards to this issue, and we all owe them a great deal of gratitude.
But the time has come for us to crawl up on the wall ourselves and wake up our small inner circle of Believers.  If not the Truth, now ... then when?  The deception permeates every sci-fi movie and TV show, whether it be tempting the impressionable to welcome the Ancient Aliens, commune with Vampires, or rush to alter our DNA through advanced and "life-saving" alternatives.  If we do not understand the truth of Genesis 6:1-4, then the human race will once again become corrupted and seduced by the deception of the Angel of light.

Jude 4:  "For there are certain men crept in unawares, who were before of old ordained to this condemnation, ungodly men, turning the grace of our God into lasciviousness, and denying the only Lord God, and our Lord Jesus Christ."