There are at least two new disturbing reports about the escalating threat to the world from the Islamic Caliphate known as ISIS.  On Thursday, The Telegraph ran a story that Australian authorities thwarted a plot by the jihadist group to target random civilians on the streets of South Wales, Australia's largest state.
According to the article, "Pre-dawn raids across Sydney and Brisbane led to the arrest of fifteen people and the reported seizure of a scimitar, a gun, machetes, balaclavas and military fatigues which authorities said were to be used in a plot to “shock, horrify and terrorize” the community."
Apparently, ISIS planned on kidnapping strangers right off the street, and then performing what they called "demonstration killings"; beheading them and then posting the grisly murders on social media.  By committing these random acts of violence (such as the similar murder of soldier Lee Rigby in London last year), the terrorist group clearly hoped to strike terror in the hearts of citizens.
Intelligence sources were quick to react to reports that Australian Islamic extremists were soon to return home, after fighting side by side with ISIS in Iraq and Syria, and could possibly connect with domestic terrorist sympathizers in the homeland.  Obviously, the Caliphate is wasting no time in spreading their reign of terror outside the Middle East. 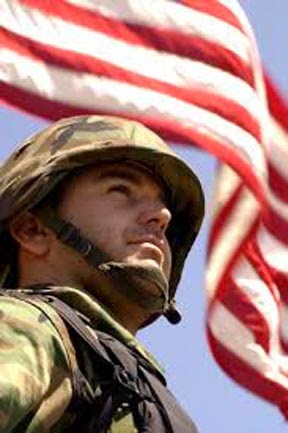 There was also a report by Fox News that a bulletin from the Central Florida Intelligence Exchange warns "that Islamic State fighters have increased calls for "lone wolves" to attack U.S. soldiers in America ... a call for jihadists to find service members' addresses online and then 'show up and slaughter them'."  Furthermore, the agency warned, “These threats will most likely increase should the U.S. or its allies attack the Islamic State of Iraq and Syria (ISIS).”
What is particularly frightening is that the jihadists instruct their fighters via Twitter to use Facebook, LinkedIn, or other social media sites to locate addresses and information on soldiers in order to locate their targets.  According to the bulletin, "Killing U.S. troops on American soil is an increasing focus of  jihadists", seemingly because it would be easier to accomplish their goal of global terror than luring Western fighters to come to the Middle East --- kind of a "just-stay-home-and-kill" policy, if you will.
An interesting side note is the fact that these social media-savvy terrorists look to Nidal Hassan, the Fort Hood jihadist, as a role model for how to carry out an attack ... hmmm, apparently they don't agree with the White House that Fort Hood was "workplace violence."  And, by the way, Hassan recently indicated from his jail cell that he wants to join the Islamic State.  So, now, can we label it a terrorist attack and get some federal relief for the victims?
Along with Australian officials, the Central Florida intelligence center likened the possibility of such attacks to the jihadi murder of the British soldier, Lee Rigby.  If you have family members that are military personnel, I would take this threat seriously.  Everyone should be mindful of posting personal information on social media sites.  But, it is now evident that members of the U.S. Military have been singled out as targets.  Stay Alert!
To add even more alarm to this world situation, I have been hearing various news reporters disclosing that while our military policy regarding ISIS does not currently involve plans for "U.S. boots on the ground", the Administration is considering talks with Iran to be our proxy "boots".  I guess they think that Iran's Shia Muslims will be glad to fight the world's battle against the ISIS Sunni Muslims.  But what do you think the price will be?  And don't you think they see a way to take advantage of our unwillingness to follow through on our mission?
If you were Iran, wouldn't your bargaining chip be their nuclear program?  It's a win/win situation for Iran, but I'm afraid this game of playing "The enemy of my enemy is my friend" will only serve to harm us in the end.  There is never any good that comes from bargaining with the devil.
So the march of evil continues on ... it is growing louder and bolder, and coming closer to our shores.  I don't know what the immediate future brings, but I do know that there is a limit to the wickedness that God will allow.  Until that time, I will rely on Him to increase my faith and help me to stand boldly and resolutely for His kingdom.  He is our Fortress and our Refuge!

2 Peter 2:9    "These things show that the Lord knows how to rescue the godly from their trials, and how to keep the unrighteous for punishment on the Judgment Day."
Posted by Pam Kohler at 7:00 AM