When you have the top-rated hosts of Fox News debating White Privilege, and one of them actually believes it exists, then I guess it's time to give my humble opinion.  So, just what is this so-called social issue of "White Privilege"?  Well, it depends on who you ask ... If you accept Wikipedia's definition, it is "a term for societal privileges, existing in predominantly white societies, that benefit white people beyond what is commonly experienced by non-white people in the same social, political, or economic circumstances."
OK, let's break this definition down.  According to the Government census figures, non-Hispanic Whites constitute 63% of the population.  First of all, I don't get that term, "non-Hispanic White"; is there such a thing as "Hispanic White"?  Would that be referring to bi-racial Hispanics? Anyway, I guess we're supposed to consider non-Hispanic Whites as "completely" White, right?  It's all so confusing! 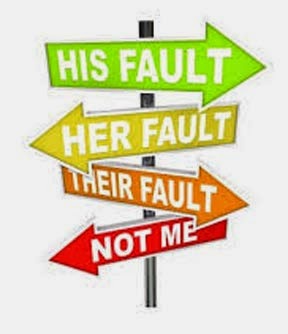 So, if that figure is correct, then 63% would make White people greater in number than other races.  Now what is meant by "societal privileges"?  With a little digging, I stumbled upon some information that showed me the root of this unproven social issue.  It seems that the idea owes some of its conceptualization to a 1988 essay on privilege by Peggy McIntosh.  It doesn't surprise me that I had no idea who she was, because she is an American feminist and anti-racism activist, the associate director of the Wellesley Centers for Women, and a speaker and the founder and co-director of the National S.E.E.D. Project on Inclusive Curriculum; it's all about diversity and multi-cultural and socio-economic equitability.
So, in 1988, just what did Ms. McIntosh view as "privileges"?  There are many, according to her:
Ability: being able-bodied and without mental disability.
Class: can refer to both economic status and social class; both determining opportunities and participation in politics, education and vocation.
Education:  this privilege opens doors to higher paying careers, and can confer unearned credibility on an individual.
Gender and Gender Identity:  Ms. McIntosh maintains that certain sexes can be over-represented in leadership roles and supersede authority; while the old cultural expectations of gender should no longer apply -- we need to expand our acceptance and inclusion of different gender identities.
Passing:  This is the ability to appear to belong to another group and claim the advantages of a more privileged group.  (Isn't this a rather outdated concept in our new, inclusive societal model?)
Religious:  This privilege purports to have one’s own religious practices and observances recognized as the norm.
Sexuality:  In 1988, she could claim that Heterosexual privilege included the assumption that everyone is heterosexual; not anymore.
Racial:  Whoever has the power, money and influence is recognized as "privileged".
Now, here we are in 2014, just a mere 26 years later, and Ms. McIntosh's theories are being taken to a new level.  In the light of the ongoing situation in Ferguson, Missouri, many in the media want to blame "White Privilege" as the root of what they perceive as blatant racism.
They will tell you that if one person's black skin puts them at a disadvantage, then another's white skin gives them a decided advantage.  It was interesting to see two, obviously successful, white Media personalities debate the racial issue.  While Bill O'Reilly suggested that "the state of families, the culture and personal responsibility” are the real issues at hand, Megan Kelly concluded that statistics show that "black children are four times as likely to live in poor neighborhoods as white children, and in the St. Louis area there is documented white flight … the whites take off, these become black neighborhoods. The schools, they get forgotten, and the black population feels forgotten."
First of all, let me tell you that I spent my formative years in the St. Louis area; near East St. Louis to be exact.  Yes, Whites had begun moving out of the neighborhoods as they became more successful and moved up the social ladder.  And, yes, Blacks moved into those neighborhoods -- good, modest, and clean neighborhoods.  At first, there was pride in their new homes, as they celebrated their own move up the social ladder.  But then came the push for LBJ's Great Society, a carefully planned and executed set of social reforms that we were told would lead to the elimination of poverty and racial injustice.
Instead, it introduced the concept that the American people "owed" the poverty-stricken and racially suppressed races something for the injuries they had suffered.  The effect was a loss of pride and the temptation to accept government hand-outs, instead of providing a hand up and the means to improve one's lot in life.  Several generations later, we see the results:  the family unit has been destroyed, and millions are enslaved to the welfare system and see themselves as victims.
So, is this a result of "White Privilege"?  As far as I can tell, Affirmative Action takes away the excuse that "Whiteness" gives undue opportunities.  And what about the fact that Asians and non-English speaking immigrants have been able to overcome our unfamiliar language and culture to succeed at unbelievable rates and at incredible levels?  There goes that excuse that "Whiteness" ensures the highest level of success.
And now "academics" like Ms. McIntosh and her followers want to somehow claim that "Whiteness" is an adjective that attaches itself to all the other "Privileges".  But I don't get it, because when you take a look at her list, I'm not feeling very privileged.  We're made to feel guilty if we're White, so our social class doesn't appear to give us any benefits.  And try being a White student applying for a college scholarship.  Good luck there!  Next, if I'm straight and identify myself as strictly female, then I'm showing showing my gender bias and am prejudiced against gay people.  Then there's my Faith; Christians aren't exactly in the "privileged" category, in case you haven't noticed.
Nope, overall, I would say that if "Privilege" means to exempt (someone) from a liability or obligation to which others are subject, then being White has not afforded me the opportunity of Government-sponsored irresponsibility.  I believe every person born in this country has the freedom to become whatever he/she wants.  It is up to the individual to work hard and earn it.  Do some have it easier than others?  Of course, they do; but I don't resent my rich, white friends because "they have it better than me".  I've know from the time I was a child that I would have to work hard for anything I accomplished, and I never expected it to be given to me.  I'm not sure what drives Academics and the Media to buy into this nonsense, but it serves no purpose except to further divide us.  But maybe that's the plan ....

Ephesians 6:4-5    "Each person should test their own work and be happy with doing a good job and not compare themselves with others. Each person will have to carry their own load." [Common English Bible]