This week's news has revealed the ugly truth of human sex trafficking in America.  The story of the three young women rescued in Ohio shows how easy it is to hide this phenomenon in plain sight.  We are just now getting the details of their ten years of torture and sexual abuse.  With hints of other girls that didn't make it out alive, and "disturbed earth" in the backyard of this house of horror, the full picture is likely to be more shocking than we are prepared to hear.
Then there is the story of an alleged sex trafficking ring at the Saudi diplomatic compound near McLean, Virginia.  The U.S. State Department is working with the Departments of Justice and Homeland Security, (specifically Immigration and Customs Enforcement), to investigate this case of two Filipino women working as domestic maids at the compound.  Unfortunately, Saudi Arabia has a history of bringing in foreign workers as “household help” and enslaving them.
TheDailyBeast reports that "in January the Saudis beheaded a young woman from Sri Lanka who was only 17 in 2005 when she killed her employer’s baby in what very possibly was a sad accident. Scores of other domestic workers remain on Saudi Arabia’s death row as well, all of them awaiting the chill shock of the headsman’s sword." 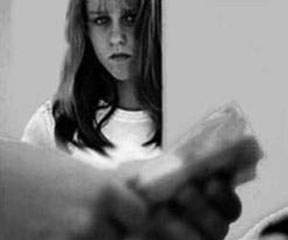 There’s a long record of this kind of abuse by members of the diplomatic corps and employees of international organizations in Washington. And Saudi Arabia is infamous in many parts of the world for the way it treats the workers it imports.
And I have it on good authority from someone close to this blog that the Saudi newspapers are filled with obituaries of young foreign women who are enticed to come to Saudi Arabia for employment as domestic help, nannies, or maids.  The obituary will list their cause of death as a fall or sudden illness, when in reality, they are forced into situations of sexual abuse or the sex trade, and if they refuse or rebel, they meet an untimely death.
But lest we think that this only happens in foreign countries or by foreign diplomats, the emerging story in Ohio should make us wake up to the disturbing fact that human sex trafficking is not only worldwide, but a monstrous problem right here at home.  And what every parent needs to know is this: the computer and social media are valuable tools for those looking to exploit your children.
The fact is, much of the sex trafficking is centered around children, with girls like Amanda Berry  snatched off the street and never heard from again.  Children are especially vulnerable and can be exposed to trafficking through boyfriends, older men and websites such as Facebook.  Offenders troll these social sites, befriending susceptible children (both boys and girls) and luring them to a meeting spot.  You can guess the rest.  The trafficker virtually enslaves the victims into a life of prostitution or pornography.  Once again the internet becomes the trafficker's best friend, allowing him to conduct his "business".  And make no mistake about it, human trafficking is a $32 billion worldwide industry.
I struggle to make sense of this shameful and brutal treatment of our fellow human beings.  Have we lost all sense of our moral compass?  What has happened to our integrity?  Are we no longer able to determine what is right or wrong?  And what about our responsibility to respect other people?  And finally, those who traffic in the human sex trade cannot possibly have any compassion for their victims. This amounts to nothing less than slavery .... an institution that has been abhorred in this country for over a century and a half.  Yet, even in this supposedly enlightened generation, there are people who willingly contribute to this degradation of the human race; and worst of all, their consciences don't seem to bother them as they exploit their prey for the almighty dollar.  There's a special place in hell for these animals!

Psalm 146:9     "The Lord watches over the sojourners; he upholds the widow and the fatherless, but the way of the wicked he brings to ruin."
Posted by Pam Kohler at 7:00 AM