Will You Want To Go Along "For The Ride"?

I had the occasion to hear an interview between Joe Rogan, the unorthodox podcast host, and Elon Musk, the equally unconventional scientific and technology entrepreneur; perhaps most famous for his futuristic car, the Tesla.
But on this particular day, Musk was willing to talk about an advanced and menacing technology that had my spirit screaming warnings. But, this wasn't the first time I had been alarmed by Elon Musk. Back in 2015, I wrote a blog post in which I mentioned that "Musk and his tech giant buddies have pledged $1 billion to save humanity from destruction by artificial intelligence." At the time, Musk seemed to feel it important enough to sound the alarm and hoped "to keep big companies like Google or Facebook — both of which have huge artificial intelligence operations — from getting too much power from "super-intelligence systems"." 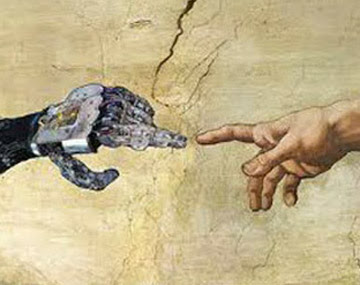 Isaiah 47:10    You were secure in your wickedness; you said, ‘No one sees me.’ Your wisdom and knowledge led you astray. You said to yourself, ‘I exist, and there is no one else.’