What Was Prophesied Is Now Upon Us! (Part Two) 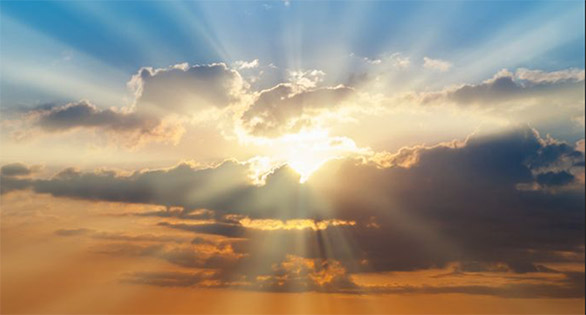 I have enjoyed my reflections on how God has brought me through seasons of sharing His thoughts on different subjects. During the 11 years of this blog, He has instructed me to warn readers about what was coming against our nation in the physical, while always pointing back to Him. Then He transitioned me to showing what was happening in the spiritual realms against us, and why we need to understand and participate in spiritual warfare. Then He moved me into revealing why we need to see and enter the Kingdom of God and how our status as Kingdom ambassadors interfaces with what is going on in the world, and how we are to impact lives for Him. Now, it is like He is bringing me full circle; bringing me back to warning that the things He first pointed out to me are coming to fruition, and we need to employ everything He has revealed up to this moment to make sure we are seeing His will done on earth. So, let me take us back to a couple of posts that were forewarnings of our current existence ...

God Made A Farmer (February 8, 2013) ... (This post was written over 9 years ago, but it could as easily be about current events). This is what I wrote then: "If you are not aware of the plight of our farmers in this nation, then you've probably had your head buried in your iPad too long. According to an article from The Guardian, we are faced with a significant problem: our grain reserves are at an all-time historic low, due to the drought of 2012 and its continuation into this year. So what effect will that have on our food production and world famine?

Lester Brown, president of the Earth Policy Centre in Washington, D.C., and one of the world's "leading environmentalists", says that extreme heat and drought in the U.S. will have consequences for the world's hungry.  "We are entering a new era of rising food prices and spreading hunger. Food supplies are tightening everywhere and land is becoming the most sought-after commodity as the world shifts from an age of food abundance to one of scarcity," says Brown. "The geopolitics of food is fast overshadowing the geopolitics of oil."  He warns that the global food supply system could collapse at any point, leaving hundreds of millions more people hungry, sparking widespread riots and bringing down governments.  According to Brown, the Middle East and Africa are especially vulnerable.

But here's the caveat to this report:  it is supported by the Bill and Melinda Gates Foundation, known economic globalists, as well as climate theorists.  Furthermore, Gates believes one of the solutions to world hunger is through the genetic modification of foods (think of his unpalatable "impossible meat" in 2022), and he has invested not only in companies such as Monsanto, who have engineered genetically modified (GM) foods, but also invested in agriculture in Africa.  Whether true humanitarianism or something more dangerous is behind his interest and his money, you can guarantee that the world's agriculture will be affected.  These kinds of reports and the genetically modified food technology do not bode well for the American farmer OR the American consumer.

Neither does the sale of domestic farmland to institutional and foreign investors.  Farmland is an attractive "hedge" for investors looking to put their money into commodities that are safer than the stock market.  And countries such as China, with its exploding population and economy are eying the U.S. exports of corn, soybeans, and wheat.  And according to writer Steve Shenk, "the United States, like a short-sighted trust fund baby, is selling off their financial future along with their source of food for a quick grab of cash today."  Shenk goes on to report, "Foreign ownership of farmland is almost double what it was twenty years ago. In fact since 2004, foreign ownership of American soil has grown by almost thirty percent."  Kind of makes me a little nervous about who is protecting our domestic food supply!"

That was then ... this is now: China's American agricultural land holdings have increased over tenfold in the last decade, and at the beginning of 2020, investments from China held $2 billion of American agricultural land. Add to that the massive drought in this country and the sentiment amongst the current Administration that paying farmers to leave their land fallow is a solution to the "climate crisis", and you have the perfect storm for famine in this country and the world, since we are a major exporter of food to the world.

I ended that 2013 post with this comment: "There will be many who say this is a lot of fuss about nothing.  But are you willing to trust your food supply to the likes of Bill Gates or China? Do you have plans if the price of food suddenly sky-rockets? What about Heirloom seeds to grow your own food? This is something to think about, people! Drought and weather conditions are unpredictable, and so apparently is the world's food supply. Don't take your "daily bread" for granted!"

God is once again highlighting this situation and it is much more dire than it was 9 years ago. I pray that you have prepared accordingly, and that God provides for you and your family.

The U.S. Economy & The Price of Oil: Could The Fix Be In? (November 29, 2014) ... At the time, America was enjoying low gas prices and our supply was growing faster than the demand for gasoline. U.S. car manufacturers were building more fuel-efficient cars, which created less demand for gas, which directly effected the bottom line of oil companies. Although foreign markets, like China and India, were developing a market for increased supplies of gas and oil, there was not a huge desire for exporting our oil.

In my post, I went on to discuss the purpose of OPEC to monitor the oil market and decide collectively to raise or lower oil production in order to maintain stable prices and supply. I had questions about who was lurking in the background, influencing the decision-making.  At the time, OPEC members were primarily from the oil-rich Middle East, with Iran, Iraq, and Saudi Arabia being among the founding members.

Today, Russia is part of what is known as Opec Plus (Opec +), an informal alliance of non-Opec nations exporting oil. My understanding is that they are producing far less than they pledged. And since there is a huge push in our government for climate control by ending America's use of conventional energy (coal, oil, and natural gas), our oil production has plummeted, while our gas prices have risen astronomically, and we are begging oil from Middle Eastern potentates.

I find it fascinating that God showed me this in 2014, and here is what He prompted me to write: "The American economy is nosediving, and we may not have an oil industry to continue the masquerade. And who would love to see that scenario take place more than Russia? Through our sanctions, we have attempted to compromise their economy.  So, through their alliance with oil-rich Iran, this would be an opportunity to reciprocate. What better way to ensure their leadership in the world's oil supply, while striking a blow to our own status, and more importantly, our economy?"

The rejection of the Keystone XL pipeline, the Russian invasion of Ukraine, the NATO fiasco, and the rapidly diminishing reputation of the US are all contributing to the effects of oil shortages in our nation which has enough oil in the ground to fuel our economy for decades -- nearly 2.2 trillion barrels of known oil shale deposits -- the largest in the world, according to the Bureau of Land Management. Yet our store shelves lie bare because of the cost of fuel to truck food and supplies across the country.

The statement I made in 2014 still stands ... "I am no expert on the petroleum industry. And I know these are all fractured thoughts and ideas, but when my spider senses are tingling like they are now, I have to give voice to what my instincts are telling me. Things are not as they seem, and something tells me that the puppet masters are  working their strings and the game is rigged. Is our house of cards about to come tumbling down?"

These issues that I have revisited are still at the forefront of our issues as a nation, and will have great influence on the future of our beloved nation. God revealed them over a decade ago, and yet we seem to have gone further down the rabbit hole. But our answers don't lie in government policies. They are spiritual in nature, and if we don't wake up to that fact and begin battling on that level, well .... all the kings horses and all the kings men won't be able to put us back together again.

Psalm 2:1    "Why do the nations assemble with commotion [uproar and confusion of voices], and why do the people imagine (meditate upon and devise) an empty scheme?"