The Transhumanist Agenda: A Very Real Threat To Our Eternal Destiny! 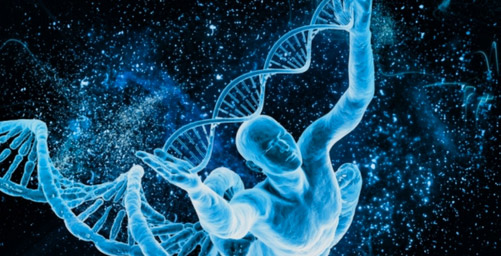 I have so many points I'm discerning the Holy Spirit wants to make, that I don't even know where to begin! This is a topic that I'm pretty certain the mainstream Church is not even cognizant of; and those Christians who think the answer lies in politics or the next Great Awakening are not even considering. It will be labeled as conspiracy or radical, and most likely ignored. But my spirit is screaming that we do so at the risk of humanity's demise!

There are so many angles that I need to approach in sharing the revelations I am receiving that I want to make sure I present it in a coherent manner. I guess the best place to start is with Jesus's statement about what the End Times will look like: For the coming of the Son of Man (the Messiah) will be just like the days of Noah. If you don't know what those days represent, then I first suggest you read Genesis 6 in the Bible, and then you can read a blog post I wrote in 2014 that puts it in perspective for today. In 2014 my spirit was just receiving the revelation of a philosophical movement known as transhumanism, and the implications for our lives here on earth and for eternity.

In February of 2014, I had just become aware of an organization called the International Global Future Congress 2045 and the meeting they had held the summer before. At the time, the website for GF2045 stated that their focus was "a discussion of a new evolutionary strategy for humanity aimed at overcoming the 21st century’s civilization challenges. The strategy is based on carrying out two revolutions: spiritual and sci-tech. We believe this is the only way to overcome existing crises." My spirit was immediately triggered by the words "evolutionary strategy" and wondered how God fit into this scenario. The website was quick to answer that question: "At the congress, a vision will be presented for the spiritual transformation of humanity, and new technologies will be demonstrated which are likely to form the basis of the sci-tech revolution. The congress will also showcase our Avatar science mega-project, aimed at accelerating the creation of technologies enabling a gradual transition from our biological bodies to an increasingly advanced artificial carrier of the human self."

That's a "scientific" way of saying that we would be transitioned from being made in the image of God to an "artificial carrier" of His original design. If there is anything you can point to that Satan would be involved in, it would be artificial, counterfeit, and corrupted. And if your own spirit hasn't started to sound off warning bells, consider this statement: "The main science mega-project of the 2045 Initiative aims to create technologies enabling the transfer of an individual’s personality to a more advanced non-biological carrier, and extending life, including to the point of immortality. We devote particular attention to enabling the fullest possible dialogue between the world’s major spiritual traditions, science and society."  Need anymore convincing that mankind has finally arrived at that point in history that Jesus prophesied?

Just as Satan's dark angels attempted to change the DNA of man from God's design to a perverted version of a fallen angel/human hybrid, [as disclosed in Genesis 6], it seems that Satan has come up with a new plan, and enlisted the help of some of the most brilliant scientific and technological minds of our age. Satan's goal has always been to usurp man's authority on the earth. Having spoiled his own destiny in Heaven through his arrogance and pride, and finding himself exiled to earth, he thought at least he could establish and rule his own kingdom down here without any interference from God. But he didn't count on God creating Adam in His image and giving humans the position of ruling the earth. So he hatched his plot to tempt and ensnare Adam and Eve to rebel against God, thereby wresting their dominion and authority to rule the earth away from them. And he influenced the "Watchers" to leave their heavenly abode and mate with human women, in the hopes of evolving a new species of being that could depose God's divine order of creation.

Fast forward to 2021. An article by Joe Allen at thefederalist.com, points out that there was a conference of transhumanists held last weekend in Madrid, Spain. It wasn't hard to denote its kinship to the Global Future Congress 2045. This article posited that TransVision 2021 promoted the tech theology "that there is no God but the future Computer God. They believe neuroprosthetics will allow communion with this artificial deity. They believe robot companions should be normalized. They believe longevity tech will confer approximate immortality. They believe virtual reality provides a life worth living. Above all, they believe the Singularity is near." And if you are unfamiliar with that term, let me put it in layman's terms ... "The Singularity" is the belief system that humans will transcend their God-given biology to merge with machines. God help us!

The founder of this theory, Ray Kurzweil [former Google engineer], has this to say about the Singularity: it is "a future period during which the pace of technological change will be so rapid, its impact so deep, that human life will be irreversibly transformed. The Singularity will represent the culmination of the merger of our biological thinking and existence with our technology, resulting in a world that is still human but that transcends our biological roots. There will be no distinction, post-singularity, between human and machine nor between physical and virtual reality." Notice that there is no mention of the human spirit. His predictions are summed up with this chilling statement: Human life will be irreversibly transformed.

So, here is what I am fervently praying for the Body of Christ to understand -- you may not see the similarity between the narrative in Genesis 6 and what the Global Future Congress 2045 and TransVision 2021 are promoting, but they are the same agenda! Satan lost his battle to keep man from being Saved by Jesus's act of going to the Cross. And that cost him his hope of complete sovereignty and dominion over the earth. Jesus defied Death, and His resurrection is now our promise that we not only don't have to submit to the rulership of Satan on the earth during this lifetime, but it is the promise of our victory in the next life; a new spiritual life with Jesus; ruling and reigning for all eternity.

But Satan isn't giving up that easy! His ploy to use corrupted DNA [to keep Jesus from being the perfect atonement for our sins] may have failed, but now he's got a plan that could deny us eternal life. If the human race decides to exchange our spiritual and eternal inheritance in Heaven for technological immortality here on earth, then God will no longer recognize us as His son or daughter. Those who lead us down that path despise God and our relationship with the One who created us in His image. [Sounds a lot like the mindset of Satan when he tempted Adam and Eve, doesn't it]? They suggest that we can live forever without God, and in turn "become our own gods" through enhanced cyber intelligence. But the results of that wicked endeavor will be no different from "as it was in the days of Noah".

Just as God sent The Flood to wipe out the evil plans of the dark angels to corrupt the biology of His creation, so will He stop this perverted assault on our biological design in the 21st Century. The Body of Christ is waking up to the covert efforts to transform us into something we were never meant to be. We recognize that Science has not replaced God. But there are still far too many Christians who will allow the spirit of fear to coerce them into a decision that will bear grave consequences for their eternal future. The advancements in Neuroengineering, Brain-Computer interfaces, and Cypernetic immortality are truly terrifying! And I honestly don't know for how much longer we will have the liberty of making a free-will choice. But for me, I will pass on the new bio-technology, and wait for Jesus's return. I choose eternal life in my glorified body. The last thing I want to hear my Lord and Savior say is, "I don't recognize you!"