"I Hope I Never Recover From This!" Man's Inability To Recognize God In The Universe 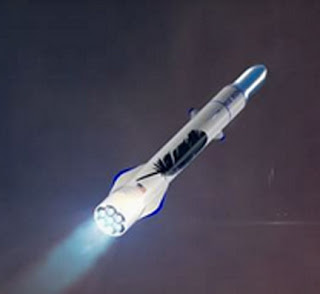 Those are the words spoken of by William Shatner, the actor who played Captain James Kirk on the original Star Trek TV series. His fictional character served as Captain of the USS Starship Enterprise, and he led his crew to discover new worlds and civilizations, as his mission was to "boldly go where no man has gone before". Shatner was part of a 4-man passenger team of civilians to fly aboard the capsule built by Amazon founder and executive chairman Jeff Bezo's sub-orbital spaceflight service company called Blue Origin.

I didn't make a special effort to be in front of the TV when the 10-minute journey launched, but just happened upon it as I scanned the news networks that Wednesday morning. I will admit I'm not really interested in watching billionaires live out their space fantasies, but have always wondered what drives people to want that experience. Is it as simple as an innate desire for adventure? Or is it more nefarious as in the plans of Nimrod and the peoples of the earth who gathered on the plains of Shinar to build a tower so high they could ascend into Heaven and either depose God from His throne; replace Him with their own gods of greed and power; or actually seek to destroy Him completely. The Book of Jasher unmasks these evil options that Nimrod and his wicked followers considered. No matter their ultimate reasoning, they all shared one motive: to make a name for themselves (Genesis 11). I couldn't help but see the similarity in what was playing out on my TV screen.

But without even realizing it, William Shatner [the central figure of this "Space Odyssey"] revealed the majesty of God and the Heavens when he spoke after the capsule landed. He never mentioned the word "God", nor did Jeff Bezos, or any of the reporters covering the event. That didn't surprise me. What did catch me off guard was the way Shatner described his experience. If you are a discerning Christian, you caught the unmistakable references. He was obviously emotional about his journey, and choking back tears, proclaimed that he had been given "the most profound experience I can imagine. I hope I never recover from this [my emphasis]." What immediately struck me was the familiarity of that sentiment.

In 2011 my personal life was rocked by the death of a most extraordinary young man. At 18-years-old, Ben Breedlove, the son of very close friends, died from a congenital heart defect that took his life far too early. As tragic as that circumstance was, it was preceded by an event where he suffered a heart attack and experienced a "dream" or "vision" of being someplace he did not want to leave.  He said he saw himself in a mirror, his whole life before him, and he was pleased with what he saw.  And he could not stop smiling!  He said it was the BEST feeling, and he was ready and excited for a really big event ... and then he woke up as the EMTs shocked him back to life.  He wanted to return to that peaceful and joyful place.  He told his family he was not afraid of dying anymore, and he wanted them to know that he was happy in that place. In fact, Ben's few remaining days would be a struggle to understand why he was sent back to earth.

Last Wednesday, as I watched the aftermath of the space capsule landing, I was reminded how Ben felt about his astonishing "trip to Heaven". It seemed to correspond to the way Shatner expressed his trip to the heavens ... "I hope that I can maintain what I feel now. I don't want to lose it." But Shatner didn't stop there, and yet it's so sad to me that he didn't even know what he was witnessing. He said, "To see the blue air cover whip by and you're staring into blackness, that's the thing. The covering of blue, this sheet, this blanket, this comforter of blue that we have around us, we think, oh, that's blue sky, and then suddenly you shoot through it all as though you whip off a sheet when you're asleep, and you're looking into blackness." What I believe William Shatner experienced was passing from First Heaven into Second Heaven; the spiritual realm beyond our earth and sky; the realm where Satan and his forces, authorities, principalities and powers dwell.

Why do I think this? Because he described it like this: "All of a sudden the blue is down below and the blackness of space — and space is interesting, the universe lies there — but in that moment, in that window, it was only black and ominous." He said he was struck by the stark "ugliness" of the blackness compared to the blue-and-white of our planet. "It's so, so much larger than me and life," he said. "It hasn't got anything to do with a little green planet, a blue orb, it has to do with the enormity and the quickness and the suddenness of life and death. Oh, my God!" Except, that seemed merely an expression of emotion; he didn't really attribute the vastness of it all to God. Nor did he seem to grasp what the ugliness of the ominous blackness was all about.

Here was an opportunity for men with influence -- just think of all the "Trekkies" who followed this spectacle, and the impact Bezos and Amazon have had on our culture -- to call the world's attention to something greater than themselves. It was an opportunity to share the realization of Good and Evil as they passed from one heavenly realm to another; to express their consciousness of a Creator God; or to simply say "I believe". As quick as the 10-minute trip into space and back was accomplished, that's how quick that opportunity to proclaim our Sovereign God vanished. Unlike my friend Ben, who at 18 years old, made sure the world knew what he learned in the few moments of his heavenly journey, these self-absorbed men were blinded by their own importance. 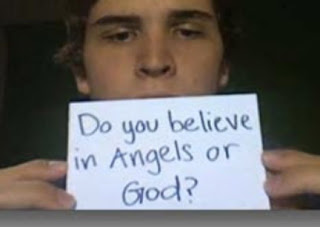 But Ben left behind a YouTube video that no one knew he had made. And at 1:00 in the morning after he passed away, his sister found it and posted it on his YouTube channel. Titled "This is My Story" [Part 1 and Part 2], Ben accomplished his purpose for coming back to earth. In less than 48 hours, the video was seen by over 220,000 people all over the U.S., and as far away as England and Australia.  But his influence didn't stop in the first months after his death. As of today, Ben's videos have now been seen by over 15.3 million people, with many being brought to faith in Jesus Christ through his testimony.  For Ben, his story wasn't about promoting himself, but rather about sharing the astounding experience of his encounter with the God of the Universe. And, like William Shatner, he didn't want it to end. But there's a big difference in their experiences... Ben made sure, with his last breath, that the world knew the magnitude of the love and peace he experienced in those brief moments, and he was very intentional in calling our attention to the reality of God. The last image I have of him is him holding a sign that reads, "Do you believe in Angels or God? I do!" I don't believe Ben knew he would soon return to Heaven --the look in his eyes betrays the sadness of still being bound to this earth -- but he wanted all who might see his video to know he believed in the majesty of God.  Too bad that Captain Kirk and Jeff Bezos don't seem to have grasped that truth.

Luke 12:8   And I tell you, everyone who acknowledges me before men, the Son of Man also will acknowledge before the angels of God