From a Lamb to a Lion 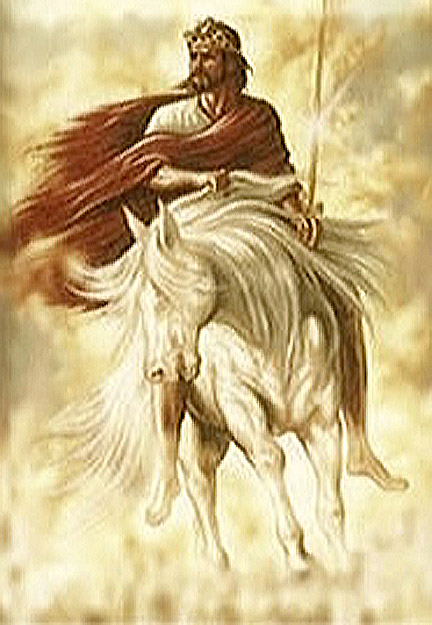 What I'm going to talk about today comes from personal experience. Lately, I've been discerning an awakening among the family of God. It's not explosive and certainly not widespread, but still, it is undeniable. There is a remnant in the Body of Christ that is realizing that the religious normalcy bias we've been operating in, is not our reality. We've come to know that Scripture speaks plainly that judgment is coming on the nation that continues to rebel against God. In Amos, Chapter 4, God reminds His nation of Israel that He sent famine; drought; plagues of insects to kill their crops and plagues of sickness to kill their people. He also overthrew and destroyed the depraved [as a warning to all], "Yet you have not returned to Me in repentance". And his last statement in Chapter 4 is chilling ... "Prepare to meet your God [in judgment], O Israel"!

That is what happens to an idolatrous and corrupt nation who turns away from YHWH. We should take note. It doesn't matter whether we were founded as a Christian nation or not. Our actions throughout the two-and-a-half centuries of our existence speak louder. And over the last half century, this nation has shown flagrant contempt and scorn for God. He is absent from the halls of Congress, our schools, our entertainment industry, from corporate America, and from many families. It is not enough to say that He is still alive in the churches of America when the churches are run like businesses, the leadership approves of ungodly lifestyles, and Jezebel controls the congregation.

I know this sounds harsh. And I know there are Godly pockets of the Remnant that seek to establish His Kingdom in this nation. And God will honor that and give us favor! But stop for just a moment and look at the big picture this nation presents to God as He sits on His throne. The corruption, the greed, the immorality, the perversion and depravity, the murders, the disdain for law and order ... all of this threatens to overcome the standards of goodness and decency that were once the hallmarks of our society.

I have been ruminating on these thoughts for awhile, and asking the Lord to show me that what I am discerning is wrong. I desperately want to be wrong! I would love to bask in the belief that we will somehow escape the ramifications of the falling away from God. But the Holy Spirit spoke to me in the early hours before dawn and showed me that unlike the Jews, who rejected Jesus as the Lamb of compassion and mercy because they wanted a Warrior King, the Church of Jesus in the 21st Century wants to reject the idea of Him as the returning Warrior King, in favor of keeping Him as the Lamb of Grace! The Church wants to keep Jesus as the Lamb and keep Him stuck in His role as peacemaker and pacifist.

As I've said so often, it is difficult when your discernment and Biblical worldview doesn't match the normalcy bias of most modern-day Christians. We are so comfortable with our view of Jesus as our Savior when He's the Lamb. But when He becomes the Warrior King dispensing righteous judgment, that image threatens to destroy the joy in the Lord. You can point out that the Bible, itself, shows us a deteriorating world that will lead Him to return as a conquering Warrior King with His robe dipped in the blood of the wicked for the judgment of mankind [Revelation 19:13]. And you can show them that there will be a sword coming out of His mouth with which to strike the nations [Revelation 19:15], and He will tread the winepress of the fury of the wrath of God Almighty [Revelation 14:17-20]. Still they cannot accept Him in this role. Anything but the image of the loving Lamb of God brings offense, and I surmise a good amount of fear.

But I take great comfort in knowing that He will finally go to war as the Commander of the Heavenly Host against Satan and his army of fallen angels. I recognize that my Lord is full of compassion and grace and mercy, but when the cup of God's wrath against Evil is full, I know Him to be the Warrior King, who from Genesis 3:15 forward, is the Defender of His bloodline and His people. He appears throughout the Old Testament as the Angel of the Lord, with sword in hand, ready to fight to defend those who belong to Him [Joshua 5:13; 2 Kings 19:35; Psalm 35:5-6]. And as Exodus 23:20-33 shows us, when YHWH sent the Israelites into the Promised Land, where lived the Nephilim giants, He sent an Angel [the pre-incarnate Jesus] before them, to "keep them and guard them on the way and to bring them to the place He had prepared". Jesus was a Giant-killer! And since He is the same today as He was then, we have nothing to fear about the Judgment that is coming.

And don't you think God is going to keep and guard on us on our way to the Millennium Kingdom and eternal life in the new Heaven and Earth? He is sending Jesus, the Warrior King to go before us, defeating Evil once and for all and bringing us to the place God has prepared for us. So, it is my prayer and my hope that the Body of Christ comes to embrace the truth and knowledge that Jesus is coming to judge the world in righteousness and wage war against Evil. Our faith and hope in a glorious future in Heaven must overcome all fear about what might happen in this world. It will be our privilege to do spiritual battle (and physical, if necessary) alongside our Savior. He will be a formidable Captain of the Angelic Army and our Defender! We will see the Lamb of God become the Lion of Judah and Righteousness and Justice will rule the world!

Revelation 19:11   And I saw heaven opened, and behold, a white horse, and He who was riding it is called Faithful and True (trustworthy, loyal, incorruptible, steady), and in righteousness He judges and wages war [on the rebellious nations].