Do Not Become Entangled In The Defilement Of The World 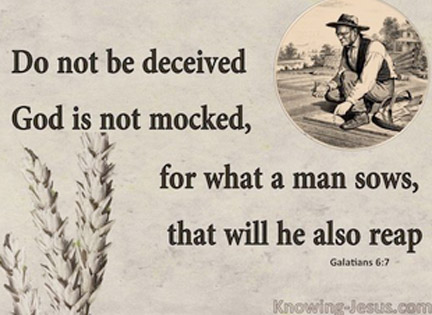 As I sit here, less than a week before the Christian world celebrates the birth of Jesus Christ, the Messiah, I am honestly astounded at what I see happening in the realm of faith and religion. Has the world just decided to dismiss what God has to say in the Bible? And what's even more alarming, has the Church?

It's been hard to ignore the headlines this week. Mind you, I try not to pay attention nor obsess over the news of the world and how its controversies conflict with my faith. I am acutely aware that I am in this world, but not of it, so I expect to be at odds with mainstream and secular opinions. But that doesn't mean I am not saddened when I see another precept of God's Word abandoned or mocked. Kirk Cameron, former child TV actor and current Evangelist is having trouble booking speaking engagements at public libraries to read his faith-based children's books during Story Hour. Yet, these same libraries have had no problem hosting drag queen story hours, claiming they are open to celebrating the diversity of opinions ... as long as it's not Christian apologetics. What happened to following Psalm 78:2-4 ... I will open my mouth in a parable; I will utter dark sayings from of old, things that we have heard and known, that our fathers have told us. We will not hide them from their children, but tell to the coming generation the glorious deeds of the Lord, and his might, and the wonders that he has done.

Then there is the shocking news that the Catholic Church has defrocked a priest for his pro-life beliefs. Father Frank Pavone, is the National Director of Priests for Life, a pro-life organization not run by the Catholic church. His "defrocking" means he will no longer be able to wear the clerical collar, he can no longer conduct Mass, hear confessions or administer sacraments such as the Eucharist. Additionally, he is no longer required to recite the Liturgy of the Hours (a set of prayers marking each hour) nor obey his bishop. Although, he is still a priest, it is more in terms of being a layman, and he will not be able to teach in a Catholic school. As astounding as this pronouncement is, there was the statement issued that said "there was no possibility of appeal", which seems to indicate the action came at the behest of the Pope, himself. When the leader of the Catholic Church defies the Word of God, I fear the Restrainer's hand will soon be removed! Does the Holy Father of the Catholic Church not recall the righteous Commandment, Thou shalt not murder? Does he not remember Matthew 5:29 ... whoever relaxes one of the least of these commandments and teaches others to do the same will be called least in the kingdom of heaven...

And it was reported on one of the social media news sites that there has been an error in the Bible's translation. The claim is that the word "homosexual" is not correct in the Biblical translation of 1 Timothy 1:9-10, which says, the law is not laid down for the just but for the lawless and disobedient, for the ungodly and sinners, for the unholy and profane, for those who strike their fathers and mothers, for murderers, the sexually immoral, men who practice homosexuality, enslavers, liars, perjurers, and whatever else is contrary to sound (healthy) doctrine. PLEASE DON'T MISUNDERSTAND the point I am trying to make -- I believe that all sin is denounced by God, and the purpose of bringing this verse to your attention is the attempt to change the truth of God's Word and misdirect its meaning.

In fact, the researchers say, the word "homosexual" is an incorrect translation. They claim that the word homosexual has only come into vogue in 1946 in the Revised Standard Revision. They assert that in Martin Luther's original German translation from 1534, the word was translated as "boy molester". Therefore, they claim, this mistranslation has led to the denigration of homosexuality as a sin. I totally agree that it is wrong to assume that every homosexual is a molester of boys. But I also find it interesting that the 1599 Geneva Bible translation of this verse says, the Law is not given unto a righteous man, but unto the lawless and disobedient, to the ungodly, and to sinners, to the unholy, and to the profane, to murderers of fathers and mothers, to manslayers, to whoremongers, to buggerers, to menstealers, to liars, to the perjured, and if there be any other thing that is contrary to wholesome doctrine. So what does buggerer mean? According to the references in the Oxford English Dictionary, Webster's Dictionary, and the Cambridge Dictionary, the word "buggerer" usually refers to anal intercourse. So, while I can understand the desire of homosexuals to not be categorized as "boy molesters", it does not change the intention of Scripture, nor can we deny the Word when it says, You shall not add to the word that I command you, nor take from it, that you may keep the commandments of the Lord your God that I command you (Deuteronomy 4:2).

The same attempt to soften the commandments and statutes of the Bible is apparent when contemporary Christian singer Amy Grant rationalizes hosting a same-sex marriage at her home. She justifies her decision by saying, "Jesus, you just narrowed it down to two things: love God and love each other." But isn't that an over-simplification of the Majesty and Sovereignty of God? I agree with the Reverend Franklin Graham who says yes, God calls Christians to love one another but John 14:15 says, If you [really] love Me, you will keep and obey My commandments. And what is His commandment regarding marriage? Let's look at Mark 10:6-9 ... But from the beginning of creation God made them male and female. For this reason a man shall leave his father and his mother [to establish a home with his wife], and the two shall become one flesh; so that they are no longer two, but [are united as] one flesh. Therefore, what God has united and joined together, man must not separate.”

All these instances I have cited just touch the surface of our preoccupation, distraction, and entanglement with a world that is slipping further away from the Truths of God. Sadly, much of the Church has not protected those truths, and in some cases, have compromised with them. I am so thankful for the Remnant who is conversely growing closer and stronger in their relationship with the One who will soon appear to judge all mankind on earth. Let us not veer from the path we have been set upon. The world needs us to stay the course! Please take the closing Scripture to heart!

2 Timothy 4:1-2     I solemnly charge you in the presence of God and of Christ Jesus, who is to judge the living and the dead, and by His appearing and His kingdom: preach the word [as an official messenger]; be ready when the time is right and even when it is not [keep your sense of urgency, whether the opportunity seems favorable or unfavorable, whether convenient or inconvenient, whether welcome or unwelcome]; correct [those who err in doctrine or behavior], warn [those who sin], exhort and encourage [those who are growing toward spiritual maturity],

Email ThisBlogThis!Share to TwitterShare to FacebookShare to Pinterest
Labels: Biblical Worldview, Defending the Faith, Sins of our nation