Is Satan "Beguiling" Our Children? 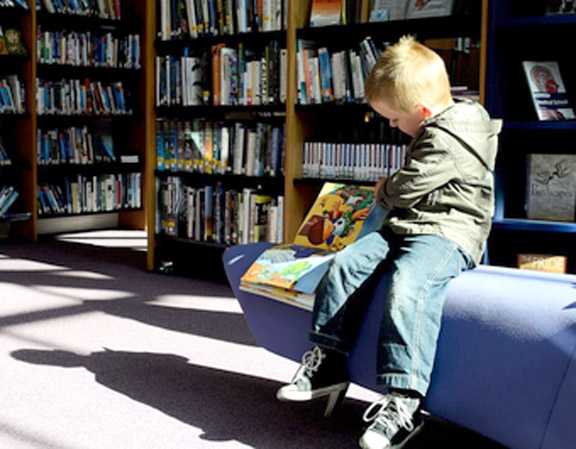 I hope that you will take the title of this post seriously, and continue to read what I have to say. Before I get to my point about our children, I want to take a little detour. I need to explain why I deliberately used the word beguiled in the title of this post. It is the word that Eve used to describe to God what the serpent did to her when she sinned in the Garden. According to Strong's Concordance, that word means either "to mentally delude" or "[morally] to seduce". Now, if you grew up going to Sunday School, you know the story of the serpent in the Garden of Eden, and you were most likely taught that the serpent tempted Eve to eat the apple off the Tree of Knowledge of Good and Evil. I am not denying that there was temptation going on, but I do not believe it was about eating an apple.

What if the temptation was of a sexual nature? What if "the fruit" was a pregnancy resulting in the birth of Cain [who would have been the fruit of Eve's womb]? Remember, the punishment from God was that the serpent would be cursed and "crawl on his belly and eat dust all the days of his life"; that there would "be enmity between the serpent's seed and the woman's seed" [again suggesting sex]; that Eve would suffer pain during childbirth [as a direct result of her specific sin]; and that Adam would be kicked out of the Garden where everything was provided for him, and would now endure painful toil, by the sweat of his brow, to produce the food he would eat...

This interpretation is so far off base of normal Christian understanding, but when you do a deep dive study, it's not out of the realm of possibility. And in consideration of this alternative understanding, I want to now explain why I think Satan is beguiling our children. Here in Texas, I personally know of two separate counties where Christian citizens are standing up and protesting children's books that are in their local libraries; books of a highly sexual nature. In fact, their protest before their town's County Commissioner's Court has become a lightning rod for people who view the challenge to the books as an attempt to indiscriminately ban books. The outcry has been loud and has surprisingly brought factions of the community together that are usually politically divided. And all it took was for the media to highlight the words "censorship" and "banning books", and the flames were fanned for misinformation.

But here is what I want you to understand, because I have no doubt that the same concerns that parents and members of the community have here in Texas about our public libraries, is the same issue you should be investigating in your own community. The concerned citizens are not targeting books that represent a different opinion about lifestyles, but rather the sexually explicit and pornographic material in the books that is not suitable for the age groups the books are targeting. If we, as adults, don't protect the innocence of our children, we are going to have to answer to God for failing to safeguard them against suggestive material that makes them more available to pedophiles, perverts, and ungodly behavior.

When this debate surfaced here locally, I had to carefully explain to mothers who are strong Christian women, that their fears about undue censorship were being distorted and unfounded. Some expressed worry about where the line would be drawn. After all, classic books like Huckleberry Finn and To Kill A Mockingbird have been on "banned books" lists. And allowing any governmental body to decide what books can be allowed in a public library might even one day lead to the Bible being removed. I understand those fears and I agree -- it is a tightrope that we walk. But there are controversial books like "Black Flamingo" by Dean Atta, a coming-of-age novel about a mixed-race gay teen who becomes a drag artist. This wouldn't be my suggestion for a middle school-aged child, or early teens. And it is the concern of those who protested that there are openly pornographic books aimed at under-age children, in an attempt to indoctrinate them into various sexual lifestyles before they are mature enough to decide for themselves. These books are entirely inappropriate for the Juvenile section of the library (ages 7 to 10), nor the Young Adult Fiction section (ages 12 and up). Not to mention the fact that they would not be approved by God.

I want to give you a link where you can check it out for yourself. I'll give you a couple of examples of the books that the concerned parents felt would be robbing children of their innocence, and I warn you... they are salacious and suggestive. You can go to http://booklooks.org and look up the title Red Hood. It was rated 4 out of 5 for its obscene sexual activities, violence, and profanity. Yet the book appeared in the Young Adult Fiction (ages 12 and up) section. I know I grew up in a different era, but there is no redeeming value for a 12-year-old to be allowed to read a book which is so sexually graphic. To say that this book is rated R, is an understatement. Then there's Sex is A Funny Word, which was found in the Juvenile section of the library (ages 7-10) which was so obviously written to mold and instruct children in sexuality and alternate gender ideologies; containing graphic illustrations involving sexual nudity and sexual activities.

The book includes many illustrations of exposed male and female genitalia, along with "how to" illustrations regarding masturbation. And then there is this bit of encouragement: "But having a penis isn't what makes you a boy. Having a vulva isn't what makes you a girl. The truth is much more interesting than that! When we are born, a doctor or midwife calls us boy or girl because of what we look like on the outside. They choose a word or label (usually boy or girl, or male or female) to describe our bodies. But that's based on our outside, our cover, or who they think we are. What about our whole body, inside and out? What about who we think we are?"

Can you imagine how confusing or scary that would be for a 7 year-old? I'm all for different opinions, and adults have free will to do or think whatever they want [and there are consequences for those decisions], but our children should not be subjected to such deceptive and duplicitous methods of indoctrination. Reading books was one of the great joys of my childhood; a time when my innocent mind could imagine myself in the stories I was reading. And I learned what it looked like to be courageous and overcome challenges; to travel to interesting places; the thrill of solving mysteries and the joys of new discoveries. But it is the sad state of this world that we must now stand guard over our children's minds and their innocence. Just as Satan beguiled Eve to sin and transgress God's commandments, so is the devil trying to lead our children down paths that God does not approve of and which they are not equipped to travel. Jesus is not far from returning to deal with the evil in this world, and we know what He has in store for those who would harm children.

So, this is what we are dealing with here in Texas. I suggest you make a point of finding out what books are in your local libraries. Because if these books are not on your shelves yet, they are coming to a library near you soon.

Matthew 18:6      Whoever causes one of these little ones who believe in Me to stumble and sin [by leading him away from My teaching], it would be better for him to have a heavy millstone [as large as one turned by a donkey] hung around his neck and to be drowned in the depth of the sea.