We May Not Understand Until Later 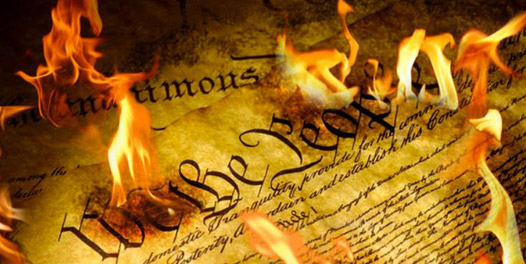 I have received many personal inquiries regarding how I feel about the state of our country and the world. Whenever I discern evil, lawlessness, and the Anti-Christ spirit on the rise, I understand that the faithful are shaken and wonder what is to follow. I hear comments like, "How could this be happening to us?", "This is not what I expected my life to be!", "What is the future going to look like?", and "Where is Jesus in all this?"

I can't help but think what it must have been like for the 12 Disciples who followed Jesus. They were with Him from the beginning of His ministry and had spent the last three years watching His popularity grow among the people. He had spoken of the possibilities of His Kingdom on earth and of His glorious throne in that Kingdom. And He had promised that they, His Disciples, would sit on twelve thrones of their own, judging the twelve tribes of Israel (Matthew 19:28). They had begun to believe that He would be a warrior King who would overthrow the Roman Empire and return their native land to them. They began to believe that they would live in comfort, prosperity and hope forever.

But then "He began to teach them that the Son of Man must [of necessity] suffer many things and be rejected [as the Messiah] by the elders and the chief priests and the scribes, and must be put to death, and after three days rise [from death to life]" (Mark 8:31). How could this be? It's not what they were expecting and certainly not what they had anticipated! This scenario did not fit their vision of the future; they struggled to accept the picture Jesus painted for them, and they turned a blind eye to the persecution that was increasing as the religious leaders and Roman government conspired to get rid of Him. Their world was about to dramatically change and they were unwilling to accept it.

I see the same struggles among our citizenry today [including Christians]. For so long we have believed that the United States of America was impervious to destruction. We have believed that nothing could limit our prosperity or our freedoms. Our Constitution guaranteed that, right? And many 21st Century Christians have followed the same pattern of thinking. We have believed in the promises of the Bible that we are overcomers; that we have victory in Christ; and that since we have proclaimed that our country was founded on Christian principles, we are guaranteed that freedom in Christ is our inheritance. All that is true -- but like the Disciples, we have turned a blind eye to the danger signs that pointed to possible disaster and dissolution of the paradise we have thought would exist forever.

The Disciples refused to consider that chaos and darkness would soon consume the land. They couldn't contemplate what it would be like to lose Him. And I'm wondering how many of us are experiencing that same apprehension of what it will be like if we lose our country, our livelihoods, our way of life, our freedoms? Is God finished with the United States of America? Has the evil perpetrated by the wickedness of human traffickers, abortionists, murderers, lawlessness, corruption, greed, and immorality overshadowed those who have been praying repentance and seeking the face of the Lord? Are there not enough righteous and holy people to exceed the Babylon-like sins of this nation?

Have you taken the time to read Revelation 18 lately? Tell me that this doesn't describe who we have become ... "the kings and political leaders of the earth have committed immorality with her, and the merchants of the earth have become rich by the wealth and economic power of her sensuous luxury ... And merchants of the earth will weep and grieve over her, because no one buys their cargo (goods, merchandise) anymore ... the sound of harpists and musicians and flutists and trumpeters will never again be heard in you, and no skilled artisan of any craft will ever again be found in you, and the sound of the millstone [grinding grain] will never again be heard in you [for commerce will no longer flourish, and normal life will cease]. And never again will the light of a lamp shine in you, and never again will the voice of the bridegroom and bride be heard in you; for your merchants were the great and prominent men of the earth, because all the nations were deceived and misled by your sorcery."

It's a pretty frightening picture that those verses paint. And like the Disciples, our future may look completely different than we expected. After their loss of the Lord, the Disciples were being readied to go into another level of their physical and spiritual maturation in order to serve the Kingdom of God on earth. Might we be facing the same situation? Might it be that we are being prepared to ascend into a higher level of service? And it can only come when we lose what was given to us by God's grace and favor?

To be honest with you, the Church has become too comfortable in what they perceive to be their role in advancing the Gospel. The Body of Christ has taken it for granted that God would overlook our complaisance in compromising with the world. We did not uphold His standards for the marriage covenant, the sanctity of life in the womb, or protect the indoctrination of our children from ungodly ideologies. And now we may be facing judgment for the wickedness that pervades the land. BUT, just as with the Disciples, Jesus will leave us with an Advocate -- the Holy Spirit -- who will guide us and encourage us as we move into a new power and level of maturation and restoration. There will continue to be lots of questions and struggles. We may not see the plan that is being orchestrated from Heaven on high. But our God is ever faithful to those who humble themselves and seek His will. We may not understand until later, but this I do know ... the battle is the Lord's and whatever the outcome of our nation, there will be victory in the Lord for those who love and obey Him! He has promised to make all things new! So don't hang your head in despair or fear. Look up -- for our Redemption is drawing near!

John 16:33    I have told you these things, so that in Me you may have [perfect] peace. In the world you have tribulation and distress and suffering, but be courageous [be confident, be undaunted, be filled with joy]; I have overcome the world.” [My conquest is accomplished, My victory abiding.]

Email ThisBlogThis!Share to TwitterShare to FacebookShare to Pinterest
Labels: Daughter of Babylon, God's Plan of Redemption, Liberty and Freedom, Sins of our nation