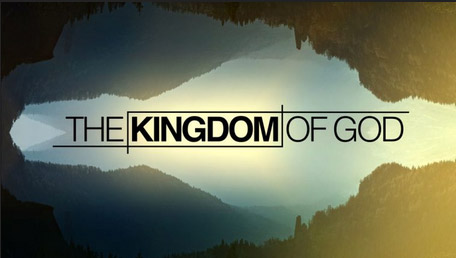 In Part One of this discourse on Luke, Chapter 17 and the anticipated arrival of the Kingdom of God, we established that Scripture shows us Jesus announced it was "at hand" with His appearance on Earth. Now, several of the dictionary definitions I have researched describe "at hand" as meaning happening or present at this time; currently receiving attention; located at that point; in other words, it is just as Jesus said: "The Kingdom of God is among you (because of My Presence)."

So, if we accept that the Kingdom of God arrived with the presence of Jesus on earth, what were the expectations of those who heard His declaration? What can we expect? And what effect has the existence of the Kingdom of God had on earth and its inhabitants? There is a generalization that I think has existed throughout time since Jesus made His announcement, and it is this: for those who think it is yet to come [as a future event], they continue to inquire when it will materialize; not being aware that it is already among us. Jesus came and preached the Gospel of the Kingdom [that it was already here]. He confirmed it by the miracles He performed that gave them a picture of what God's Kingdom in Heaven looked like, and should be proof to us. The presence of the Kingdom on earth was embraced and welcomed by multitudes who accepted His pronouncement, so that those who embraced this Truth [even to this day] might accept that it had come to their nation, though not everyone has received it in their hearts.

Today, there are many believers in the present Kingdom on earth who struggle with why we see so much strife, division and evil. They don't understand why, if we are "Kingdom people", we should be subjected to battles in our lives. Even Jesus's disciples thought Jesus had, for the most part, defeated Evil when He defeated Death. They expected constant success as they continued His work for the establishment and expansion of the Kingdom that He inaugurated. Yet, as we know, Jesus told them that opposition and disruption would be their companions on their journey as Kingdom ambassadors.

Again, I would like to share the wisdom of the 17th Century Nonconformist minister, Matthew Henry. ["Nonconformist" refers to his unwillingness to conform to the governance by the "established" or "state church"]. And, oh, how I wish Matthew Henry was preaching from our pulpits today! He explains Jesus's admonition to His disciples in such non-religious terms: "Christ tells them it [their expectation of constant success] would be otherwise: "The days will come, before you have finished your testimony and done your work, when you shall desire to see one of the days of the Son of man" (one such a day as we now have), "of the prosperity and progress of the gospel, and shall not see it. At first, indeed, you will have wonderful success" (so they had, when thousands were added to the church in a day); "but do not think it will be always so; no, you will be persecuted and scattered, silenced and imprisoned, so that you will not have opportunities of preaching the gospel without fear, as you now have; people will grow cool to it, when they have enjoyed it awhile, so that you will not see such harvests of souls gathered in to Christ afterwards as at first, nor such multitudes flocking to him as doves to their windows."

And, so it has been! The preaching of the Good News of the Kingdom has not always been met with loud and enthusiastic approval by the un-churched. Nor has the Church always been in loving agreement over Kingdom doctrine or theology. Outside forces [both material and spiritual] have sought to hinder and impede the progress of the Kingdom upon the earth. And from the days that Jesus walked the earth until now, we have seen evidence of the battle over the advancement of God's Kingdom... all we have to do is look at our culture today to know that Jesus was right when He said, "The days are coming when you will desire to see one of the days of the Son of Man, and you will not see it."

That was true for the nation of Israel and the city of Jerusalem, who were warned by Christ to look at "the days of Noah" and what the wickedness of men yielded, yet they took no heed of the warning. They felt too secure in their position, and continued about their business and indulgences, counting on the perpetuity of their profitable ways. They were happy living their lives of self-gratification and pleasure, believing in their self-reliance and self-sufficiency, while ignoring the judgments that Jesus said would be theirs if they didn't repent and enter the Kingdom. It makes me sad to say this, but everything I just wrote could be applied to those who mock the Kingdom of God today. I thank the Lord that there is a remnant among us today that mirror the men of Nineveh, who not only heeded the warnings of judgment, but continued to fast and pray, repent and seek revival.

I want to make sure that we all understand that this is not "the rapture" that the Church sees in 1 Thessalonians 4:13-14 when Christ returns in the air [not to the earth] and gathers believers to be with Him. Jesus is telling us in Luke that the believers will not be subject to God's judgment and taken to hell, but will be left on earth to be with Christ [upon His return to earth] during the Millennium. The final question in Luke 17 comes when the disciples ask Jesus where those who are subject to God's judgment will be taken. He responds, “Where the corpse is, there the vultures will be gathered.” This response was most likely a phrase well-known to the disciples in their time ... wherever the wicked are will be well-identified, just as the vultures smell and discover where the dead carcasses lie.

But rather than that gruesome image, I want to end this post and discourse on the First Coming of Christ [and the inauguration of the Kingdom of God on earth] and His final appearance at His Second Coming [and the actualization of the Kingdom in His Millennial reign on earth], by reiterating the essence of Jesus's warning of judgment and His assurance of our deliverance into the Kingdom of God. As Matthew Henry states, "Though the sword devours one as well as another, and all things seem to come alike to all, yet sooner or later it shall be made to appear that the Lord knows them that are his and them that are not, and how to take out the precious from the vile".

I would leave you with this Truth ... We rest assured that the Judge of all the earth will do right by us, His followers. Although His judgment will be sure and "His terrible swift sword" will enact His justice upon the wicked, He will take particular care that NONE of those who glorified Him, and stood in awesome reverence at the foot of His Cross, will be "taken away" in judgment. We will be marked as His own, preserved to enjoy being in the midst of the presence of the Messiah on earth. His Kingdom will be manifested in all the earth as the saints gather to Him in glory. What a magnificent day that will be!

Psalm 2:10-12        Now therefore, O kings, be wise; be warned, O rulers of the earth. Serve the Lord with fear, and rejoice with trembling. Kiss the Son, lest He be angry, and you perish in the way, for His wrath is quickly kindled. Blessed are all who take refuge in Him.

Email ThisBlogThis!Share to TwitterShare to FacebookShare to Pinterest
Labels: God's Judgment, Gospel of the Kingdom, Kingdom of God, Millennial Kingdom