A Letter To The Next Generation 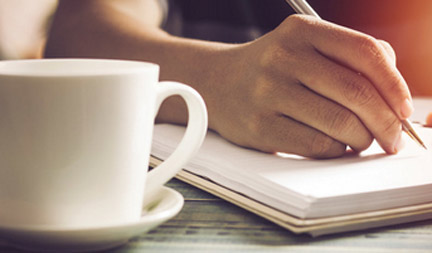 My husband and I had a conversation this morning about what the future looks like and how concerned we are for the next generation -- on so many levels. We feel blessed to have lived in this country and to have experienced the height of prosperity and innovation that few citizens of the world have known. We are old enough that we have heard what "hard living" looks like from our grandparents who experienced the Great Depression and an attack on our homeland. We can at least understand that the "American Dream" [that everyone has the opportunity to achieve their version of success by working hard] is under threat, and that we can no longer take for granted that it will exist for the coming generations. We are also well aware that the Founder's idea of the "American Experiment" is on the verge of collapse; an experiment that believed a nation of people could govern themselves without need of a ruling or privileged class; that we are born with unalienable rights that are not granted by a government, but inherently endowed within each being by a divine Creator.

Are these ideas that the Millennial Generation and Generation Z comprehend? Do they understand how important it is that they know these historical concepts and why they are significant in defining their freedoms and future? Sadly, I would suggest that being the recipients of modern technology, many have been seduced into measuring the boundaries of opportunity and success by whatever the social media giants have told them is acceptable. Their ignorance of world history is setting them up to become slaves to a system that will crush any idea of innovation, individuality, originality, or "blazing your own path" -- all characterizations of the American spirit. Generation Alpha (born in the early to mid-2010s) will be our last chance to retain this distinct persona. But being the tech-savvy children born to Millennials, they have been subject to our corrupt educational system who has done everything in its power to destroy the unprecedented American identity. And it is to these latter generations that I wish to address a letter of counsel and admonition...

To The Next Generation(s):

I hope you are able to consider my words as more than the ramblings of what you most likely consider "an old woman". I understand that tendency; I, too, used to think that those of previous generations were outdated, irrelevant, and unsophisticated in the ways of "the modern world". But I have had the opportunity, as I have advanced in years, to understand that what they imparted to me was worth more than I ever imagined it could be. Because they taught me values and skills that we are in desperate need of in this "modern" world -- values such as personal responsibility, moral obligation, character, and faith. And I learned skills that I thought were "old-fashioned", but I now perceive will be virtually life-saving as we enter an alarming phase of our national and world experience -- skills such as knowing how to grow food, how to preserve food, how to light a fire, basic first aid, how to sew and repair clothes, how to repair machinery, how to read a map or compass.

You may think that none of this applies to you... you don't need to know how to do any of these outdated practices, because all you have to do is pick up your cell phone and there's a YouTube video that will instruct you how to do it; and that's only if you are unable to hire someone to do it for you. But, sadly, you need to know that you are only one EMP, solar flare, or grid-down scenario away from being stripped of the advantages of that mini-computer in your hand. All the benefits of modern technology will be gone in an instant. Imagine how you would fare if you were suddenly living in the 19th Century, because that's what it will be like.

And have you considered how foreign oppression might affect your life? If you haven't, you should. All the efforts of the global elite to put the governing powers of individual nations into the hands of international organizations has resulted in the loss of national sovereignty. There is a growing trend towards globalization as a means to dismantle and control independent self-government. That's a wordy way of saying that the freedoms you have enjoyed and taken for granted are slowly dwindling away. And while you, the younger generation, boast of being more accepting of diversity, globalization actually threatens cultural diversity by drowning out some cultures, local economies, and discouraging development of culture-specific ideas. Globalization affects trade throughout the world, and in seeking lower production costs in order to be competitive in the global market-place, companies are reducing labor staff or replacing them altogether with robots, so that job insecurity is a real worry among your generation. And then there is the very real issue of cyber security. The internet has been a wonderful invention for all kinds of reasons, but it has also increased the threat of identity theft. Our lives are subject to interference and intrusion by uncontrolled entities.

I know that you may be thinking that I don't know what I'm talking about, but there is one axiom that I hope you hear, if you don't consider anything else I've said, and it is this: "Those who don't learn from history, are doomed to repeat it". As hard as it may be for you to comprehend, you are no smarter or more creative or better capable of leading than any generation since the creation of the world. Why? Because human nature is what it is. From the Garden forward, generations of human beings have chosen [out of their own free will] to abandon the knowledge of God and gratitude for what He has done for us, His creation. When that happens, we look only to ourselves for our preservation and prosperity. Each generation is willing to criticize the one before it for its failings, but they don't learn from those mistakes. Instead, every generation, out of pride and self-importance seeks to increase their power, status, and wealth over the previous one, without the benefit of counsel and guidance from God.  When that is the path generations take, the history of the world has shown us that humans will devour each other in endless patterns of prosperity and war.

So, I hope you will take a good hard look at the state of this nation and the world at this date in time; in your generation. Take the time to study history and note the differences between times of peace and prosperity, and times of war and destruction. Learn from the mistakes of my generation and all the ones that have come before. What does your generation plan to do to change the directory of the patterns of history? It is clear to me that the world is approaching a climactic event that can either redeem it or destroy it. Are you ready? Do you know the One who can determine that outcome? That is the most important and consequential decision you can make for your future. You must decide where your hope lies, because your future, and the existence of future generations depends on it.

Deuteronomy 32:7  Remember the days of old; consider the years of many generations; ask your father, and he will show you, your elders, and they will tell you.