Why Does Paul Tell Us To Work Out Our Own Salvation? Didn't Jesus Take Care Of That? 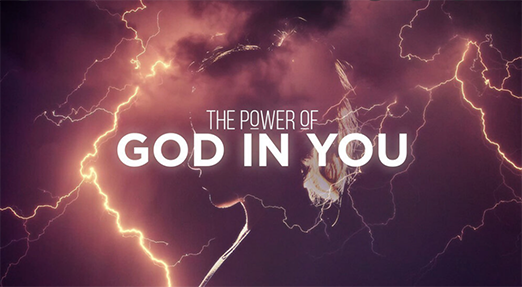 Sometimes when studying a familiar passage in the Bible, I find that I have more questions than answers about something I thought I understood perfectly well. Such is the case with Philippians 2:12-13. Paul is writing to the Philippians to encourage them to be in unity as the Church; agreeing as servants of God for the sake of harmony and solidarity. The verses that are most widely associated with this Pauline letter are verses 12 and 13, in Chapter 2: Therefore, my beloved, as you have always obeyed, so now, not only as in my presence but much more in my absence, work out your own salvation with fear and trembling, for it is God who works in you, both to will and to work for His good pleasure.

Now, if I was not a Christian, and was a critic of Christianity, I might wonder, "Why is Paul instructing Believers to work out their own salvation? I thought Christianity taught that Jesus was the Source and Power of man's salvation. And if He is the Son of God and full of love, why would Paul say to work it [salvation] out with "fear and trembling"? I always want to be prepared to defend why I believe the Bible, and so I often find myself anticipating these kinds of questions from those who are unfamiliar with the whole counsel of God, or doubt the importance of Scripture.

So, here's what I determined when researching these verses ... Paul is speaking to New Testament Christians who have 1) been faithful Jews and have come from their Old Testament understanding of what "salvation" means, OR ...  2) his audience is new Christians who have the same question that I posed in the title of this post: Why do I need to work out my own salvation, if I am to believe that Jesus paid the price for saving me from my sins?

The first audience [steeped in Old Testament history and theology] would have understood the word salvation to be the Hebrew word, Yeshuw'ah, meaning "deliverance". Salvation to that audience would not have been understood as a salvation from sin, but rather as a broad-spectrum deliverance from things that came against mankind, such as distress, war, servitude, or enemies. This word, which denotes "deliverance", was generally used with God as the subject. He was the One who bestowed salvation [deliverance] upon someone. He was known as the salvation of His people; the One who came to their rescue and delivered them from their oppressors. [NOTE: Obviously, this was their view of the pre-incarnate and Old Testament God who would come as His Son, Jesus, to save the world from permanent separation from God]. To this audience, the worst reproach that could be made against a person was that God did not come to his rescue.

The second audience of recently converted New Testament Christians would have understood the word salvation to be the Greek word, soteria, meaning "the spiritual and eternal deliverance granted immediately by God to those who accept His conditions of repentance and faith in the Lord Jesus, in whom alone [salvation] is to be obtained". Since Paul has abandoned his Pharisaic persecution of Christians and is now preaching the forgiveness of sins and the promise of eternal life that Jesus's crucifixion and resurrection provided for us, I think it is safe to say that this is the understanding of the word "salvation" that Paul would be teaching. He is preaching the Good News that Jesus's death and resurrection offers us the experience of God's power [in our lives] to deliver us from the bondage of sin! Furthermore, this understanding of salvation lets Believers be assured of being delivered from the wrath of God that is destined to be executed upon the ungodly at the end of this age; i.e., those who reject Jesus.

We can comprehend the tension that would have existed over understanding that word, salvation. Religious Jews were being asked to accept a new paradigm of understanding God -- His rescue, deliverance, and protection had a greater meaning. It was no longer just a material/physical deliverance, but now extended to a covering of sin and the promise of an afterlife. Converted pagan believers were offered the same deliverance -- and both parties were eligible to be delivered from their sin (and the wrath of God) by believing that Jesus is Lord and the Son of God, and He was raised from the dead to Life Everlasting, making a way for us to follow.

So, that brings me back to the question that I'm sure has confused many people ... why does Paul tell us to work out our own salvation with fear and trembling? Here is the simplest way I know to explain my understanding ... We must assume that all those Paul is talking to [including us] are those who have come to Christ. We know that Jesus, through obedience to the Father, has achieved the highest glory: Every spirit and knee will bow to His name, the Name above every name; Adonai, Master/Lord. And every tongue will confess that Jesus Christ is Lord, to the glory of the Father.

Paul is now saying that Jesus has delivered/saved our spirits from the power of Satan; our spirits can live eternally in relationship with Jesus and the Father in Heaven. In this present age, with our power and authority of Christ in us, we must work out the deliverance/salvation of our bodies and soul [mind, free will, and emotions]. We must take hold of that power and authority [of Christ in us] to defeat all the evil ways in which the Enemy will try to destroy us in this world. Our spirits are saved for all eternity, but we still have physical lives to complete here on earth and the Enemy wants to convince us that what Jesus has done for us is a lie; that we must reject the false narrative of the Kingdom of God on earth and our identities as children of God.

We must understand the seriousness of what Satan intends to bring against this world to destroy the truth of God and to permanently establish his false and wicked design for mankind to worship him ... and with that realization, we know our spirits are secure with Jesus, but we recognize that our physical bodies and souls will be under attack; and that should make us aware [with fear and trembling] that we have a battle ahead of us. BUT, Paul doesn't leave us in that apprehensive state!

He reminds us that because we are in Christ, we have God working in us; strengthening us, energizing us, creating supernatural abilities [and a longing in our souls] to fulfill the very purpose He sent our spirits to these earthly bodies. Satan wants to scare us and threaten us, but the power in us is greater than anything he can bring against us! Jesus has provided a way for our spirits to overcome this world and live eternally, and has left us with His power [in us] to defeat the tactics of the Enemy and achieve God's Master Plan for the Universe. So hold fast to these words of Life, and rejoice that you have been trusted to represent the Savior of this world and all worlds to come!

1 Peter 5:8-10   Be sober-minded; be watchful. Your adversary the devil prowls around like a roaring lion, seeking someone to devour.   Resist him, firm in your faith, knowing that the same kinds of suffering are being experienced by your brotherhood throughout the world. And after you have suffered a little while, the God of all grace, who has called you to His eternal glory in Christ, will Himself restore, confirm, strengthen, and establish you.

Email ThisBlogThis!Share to TwitterShare to FacebookShare to Pinterest
Labels: Deliverance and Healing, Power and Authority, Power of God, Salvation