We Do Not Fight Against Flesh and Blood! 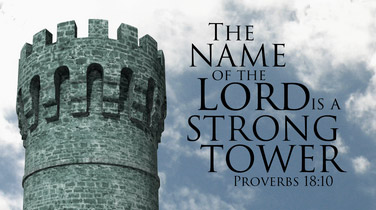 From the beginning, in the Garden of Eden, Satan sought to usurp the dominion God gave to man to rule all the facets of the earth by the same principles He ruled Heaven. And from the moment that Adam and Eve gave into the temptation and deception that they could "be like God", the kingdom of darkness became a reality on the earth. But God had a plan! He never gave up on His creation of mankind and developed a divine strategy to give men the opportunity to choose to restore the earth to its original and righteous foundation. And there has been a battle between God's children of Light and Satan's sons and daughters of darkness ever since. What we are seeing in our country post-election is the very evidence of this truth.

I don't like to get political on this blog because I try to see from a spiritual, heavenly perspective rather than from a purely secular or worldly viewpoint. So here's how I see our current debacle: the pride and arrogance of Lucifer, which led to his thinking he could "be like God", resulted in him seeking power and position to overthrow his Creator. It is this very sin that is often repeated in our political process... pride and arrogance, seeking power and position... spiritual transgression [which is rebellion] manifests in the physical actions of men.

That's why Paul's admonition to us in Ephesians 6 has so much relevance for today: "For our struggle is not against flesh and blood [contending only with physical opponents], but against the rulers, against the powers, against the world forces of this [present] darkness, against the spiritual forces of wickedness in the heavenly (supernatural) places." It has been apparent during my lifetime that illegal practices were rampant in our national election process. The advancement of technology has only exacerbated this reality. But that is seeing through physical eyes. When observed through spiritual eyes, we can see that we are not "contending only with physical opponents", but we are battling very real allies of Satan who are influenced by "spiritual forces of wickedness in heavenly places". And that is why I must speak now.

Just as when Daniel prayed to God to deliver the Jews from their captivity in Babylon, our prayers to deliver America from the evil of Socialism and Communism have been heard. We must trust in that idea and trust in our Lord to respond. He is aware that we are immersed in a very real battle between the spiritual forces of Good and Evil in our nation. And I know it may seem as if our physical opponents are galvanized by spiritual forces that are more organized and powerful, while we feel like we are fighting the battle alone in the midst of disorganization and apathy. I assure you that God has not abandoned us. We must trust in Him and "lean not on our own understanding". His ways are higher than our ways; His strategies more capable and astute than ours.

What we are seeing is a manifestation of tyranny -- one of Satan's favorite tactics. And there are always men who have no problem becoming his willing accomplices to impose tyrannical measures to limit he freedoms that God gave us. Just like Adam and Eve, they listen to the lies of the devil who convinces them there are no consequences for their rebellious actions -- "Go ahead and eat of that forbidden fruit ... You certainly will not die!" So men pursue power and position, blinded by their own greed to the death and destruction being fomented against their fellow man; and thinking themselves exempt from God's justice. But They openly challenge God's power and authority in this realm, and discount the heart and soul of those who are spiritually bound to the strength of their God above and will not submit to tyranny.

Here is what our Enemy and his cohorts do not understand ... they may have Satan on their side, the one who only knows hate. But we have God Almighty, the God above all gods, who is Love. He is Jehovah Sabaoth, Lord of Heaven's Armies. He is Jehovah Milchamah, the Lord who is Mighty in Battle. He is Jehovah Nissi, the Lord is my Banner [as we go into battle]. And they have forgotten that our God is also Jehovah Shalom, the God of peace who will soon crush Satan under the feet of King Jesus.

As followers of Jesus and Children of Light, we must stand fast in our knowledge that we can do all things through Christ, who strengthens us. Whether we face defeat or victory in this physical realm, we know the final victory over the Beast System of Satan is ours. And as Christians, we need to face the possibility that our nation is under judgment and we may face discipline from our Righteous and Just God. Regardless of the outcome of this election, we are to be instruments of our Lord to bring His Gospel of the Kingdom to all the earth; even our enemies. That is a huge responsibility but we are up to the task when we stay focused on Him. He is our Rock, our Fortress and our Deliverer. He is our Stronghold. And these names of the Lord that I have mentioned above are like a strong tower; the righteous run in to them and are safe. Remember, He hears our prayers and He will answer in His timing. Don't give up! Keep praying and stay strong, stay focused, stay awake and abide in Him!

Psalm 91:1-2     He who dwells in the shelter of the Most High will remain secure and rest in the shadow of the Almighty [whose power no enemy can withstand]. I will say of the Lord, "He is my refuge and my fortress, my God, in whom I trust [with great confidence, and on whom I rely]!"