The Weeping and Gnashing of Teeth

Today, I want to revisit a post that I wrote over six years ago, in which I quoted Matthew 25:29:30 ...  For to everyone who has, more shall be given, and he will have an abundance; but from the one who does not have, even what he does have shall be taken away. Throw out the worthless slave into the outer darkness; in that place there will be weeping and gnashing of teeth. This is part of the Parable of the Talents, in which a wealthy man goes on a journey, entrusting his property to his servants; assigning various degrees of authority to them. When he returns, he settles up with these servants according to how they have prospered him.
Discerning minds understand that this is a parable representing Jesus, who on His Second Coming will reward those who have been good custodians of His Kingdom. [NOTE: Different translations use different designations for those left to steward the Kingdom; they are called "worthless slaves" (New American Standard translation); "good-for-nothing servants" (Passion Translation); "useless servant (New Living Translation); and "unprofitable servant" (King James Version).] Elsewhere, I have found them referred to as "bond-servants", which closely resembles the use of the word "slave". In fact, the Apostle Paul refers to himself as a bond-servant and slave to Christ in more than one translation of Romans 1:1. So, I think we can agree that this term is appropriate in the sense that we have been bought and paid for by the blood of Jesus, and are dependent upon Him for every facet of our existence. 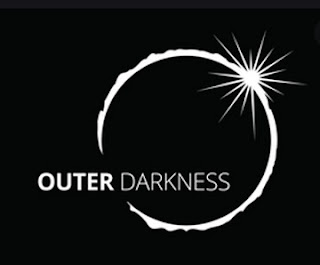 But I want to get past these differences in terminology and focus on the phrase "weeping and gnashing of teeth". This continues to be a controversial and confusing topic to modern Christians. We can understand from the entirety of the Parable that Jesus will be pleased with the profit of those servants who have increased what He left them. And what exactly was it that He put them in charge of? The advancement of His Kingdom and dominion on the earth! I will admit that six years ago when I first wrote about this topic, I limited His "estate" to the Gospel of Salvation and the Good News of His redeeming death, burial, and resurrection. But by the Grace of God, it has been revealed to me that this was just the entry point -- the gate, if you will -- to His Kingdom territory. He intends for each of us to go beyond sharing the Salvation message and actually add to His territory. And for those who don't ... well, this is where it gets uncomfortable.
The Church has long implied that "weeping and gnashing of teeth" point to Hell.  In fact, if you Google outer darkness and weeping and gnashing of teeth, and click on "Images", you will see countless depictions of people writhing and burning in the fiery pits of hell.  I DO NOT believe that this is what Jesus is conveying in this particular passage.
To help prove my point, I would like to offer you an expanded Greek translation of these verses.  Unlike the standard Authorized Greek translation of 1611, or the American Revised Greek version of 1901, this expanded translation by Kenneth Wuest follows the Greek order of words in the sentences, which I think gives us a more accurate and clearer interpretation of what Jesus actually said. This expanded translation reads as follows:

... for to the one who has shall be given, and he shall be furnished with a superfluity,

and he who does not have, even that which he has shall be taken from him.
And the good-for-nothing slave, throw [him] out into the darkness; that which is outside.
There, in that place, there shall be lamentation and the gnashing of teeth.
We must remember that Jesus is speaking to the Disciples, the first members of His Church -- and the servants that He is talking about in the Parable are His own servants; those that belong to Him (Believers).  The talents (or the money) represented the stewardship of the Kingdom that we, as Believers and Kingdom Citizens, are given in His absence. Just like the servants, we can decide what we will do with that special privilege. The reward of each servant did not depend on the fact that they possessed the talents, but what they did with them.  Hence, our reward, when our Master returns, does not rest upon His gift of salvation, which all Believers possess, but with what we have done for His Kingdom in His absence!
At this point, we must recognize that Jesus is ultimately talking about how He will reward Believers when He returns and sets up His Millennial Kingdom.  In Revelation 20:6, we are told that there is an inheritance to be gained in this Millennial Kingdom, when we "will be priests of God and of Christ and will reign with him for a thousand years."  IT IS IMPORTANT that you understand that ALL Believers will gain entry into the Millennial Kingdom, but I do not believe that all will be given roles of authority and "rule or reign" with Him.  That mandate will be given only to those who have shown they can produce fruit for Him and His Kingdom.
So what does Jesus mean when He says to throw the "good-for-nothing" slave into the outer darkness?  In John 8:12, Jesus says "I am the light of the world. Whoever follows me will never walk in darkness, but will have the light of life."  When we are in the presence of Jesus -- when we are closest to Him -- we are in His light.  Here, He is saying, "Whoever follows me -- whoever takes up my Cross and spreads my Kingdom Gospel Message -- will have the light of eternal life."  When we accept our salvation through faith in Jesus, we gain entry into His Kingdom (see John 3:1-5). And when He inaugurates the Millennial Kingdom, there will be degrees of rewards, depending on how we stewarded the Kingdom while He was away, and the fruit we produced from our efforts. Being in the nearness of His light is one of the privileges of having done well for Him. All true Believers will enter the Millennial Kingdom, but Jesus makes it very plain who will be allowed to co-reign with Him.  Matthew 25:23 says it all: "His lord said to him, ‘Well done, good and faithful servant; you have been faithful over a few things, I will make you ruler over many things. Enter into the joy of your lord."
Then He turns around, and in verse 30, pronounces the reward on the unfruitful servant.  This servant is in the Kingdom; he is in the presence of the returning Master.  But his failure to do anything to increase the Master's Kingdom has resulted in him being unable to rule and reign with Christ and he will not be within that inner circle of light that surrounds the King of Kings. REMEMBER, John 3:18 tells us that "Whoever believes in Him is not condemned."  Condemned equals hell. This servant is not condemned; he is just cast into the outer reaches of the Millennium Kingdom, or the darkness outside of Jesus's presence. He has gained entry, but no inheritance of authority or rulership.
As to weeping and gnashing of teeth, this refers to profound regret, or the deep remorse of a man who was an unfaithful servant.  Can you not picture yourself grieving if you arrive in the Millennial Kingdom and realize that you didn't do all you could to advance the Kingdom Message? That you perhaps shared the Salvation message, but didn't go further in your Kingdom mandate to continue the work of Jesus to heal the broken-hearted or set the captives free?  Imagine this: you're in the Kingdom, but assigned to the outer edges (away from Christ's light) because what you were given was taken away and given to others who bore more fruit than you... doesn't that perfectly describe the state of the unprofitable servant in the Parable of the Talents?
So I hope that this discussion might have given you a new perspective on this wise Parable. As always, I urge you to do your own study and be like the Bereans of Acts 17:11, receive the Word with readiness, and search the Scriptures to see if these things be so. Jesus desires that all of us be like the two servants who took their stewardship and responsibilities seriously; He wants to reward us when He returns. May the Holy Spirit guide you in walking in your Kingdom identity, accomplishing great things for the Kingdom of God, and receiving your reward and inheritance in the fulfillment of the Kingdom to come.
Psalm 16:5-6    Lord, I have chosen You alone as my inheritance. You are my prize, my pleasure, and my portion.
I leave my destiny and its timing in Your hands. Your pleasant path leads me to pleasant places. I’m overwhelmed by the privileges that come with following You, for You have given me the best!
Posted by Pam Kohler at 6:30 AM

Email ThisBlogThis!Share to TwitterShare to FacebookShare to Pinterest
Labels: Inheritance in the Kingdom, Millennial Kingdom, The Kingdom of God