The Battle Is The Lord's, But We Must Play Our Part!

I am writing this post as my husband, Mark, and I are preparing to enter a spiritual battle over a child tomorrow, and it is on my heart to share what the Lord is revealing. Our children in this particular generation are the battleground! They need deliverance and inner healing from spirits of pharmakeia (drugs), alcohol, pornography, rejection, rebellion, depression, suicide, sexual depravity, anger, gender confusion, hopelessness, and so much more. In addition, spiritual attacks categorized as  "mental disorders" -- including Autism, Attention Deficit Disorder (ADD), Attention Deficit Hyperactivity Disorder (ADHD), etc. -- are on the rise, and you can see that the Enemy has targeted our children for defeat. These issues that I have mentioned have become common among the adults in our society, but now our children's innocence is being threatened by spiritual darkness coming straight from the pits of hell.
I find myself asking why do Autism statistics report that 1 in 50 children now fall on the Autism spectrum -- up 30% from last year; up 150% from the year 2000, and only 1 in 10,000 children were diagnosed in 1980? And why do boys outnumber girls at a 5:1 ratio? Why are 1 out of 7 children receiving a porn solicitation online, and why do so many adults report that their porn addiction started before puberty? Why do more teenagers and young adults die from suicide than from cancer, heart disease, AIDS, birth defects, stroke, pneumonia, influenza, and chronic lung disease... COMBINED? Why is suicide the second leading cause of death for our youth aged 10 to 24? Why does the psychological community now list 14 unique Gender Identity Disorders? Why do the Milennials refer to themselves as "Generation Hopelessness"? 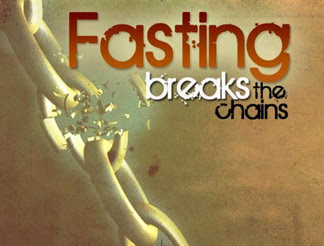 I ask all these questions because I am discerning that the Enemy is aware that God has a remnant that is awakening to their identity as citizens of Heaven, and that revival is in the spiritual air. I believe that we are raising a generation whose purpose is to "prepare the way of the Lord!" Every generation is born with the possibility to answer that call, but I believe Satan has deliberately aimed his demonic attacks against this generation of children and young adults because parents and grandparents have turned and sought the Lord, and picked up their mantle of power and authority, instructing and training this next generation to receive their assignments as God pours out His spirit upon all people.
"Your sons and daughters will prophesy, and your young men will see visions...". The Greek word for "prophesy" is propheteuo, and it means "a proclaimer of a divine message; a proclamation of God's divine purpose in the earth". The Greek word for “visions,” horasis, can mean “our eyes opened to have divine encounters and see into the spiritual realm.” These are not daydreams but visions of the heavenly realm! They will see the reality of the Heavenly kingdom and be instrumental in bringing it to earth! Can you see that Satan would do everything he could to deter the destiny of a child called to that commission?
And he's done a pretty good job so far with our kids attached to their phones and computers, and with social media running their lives. And I don't use that term "attached" lightly. Technology has opened portals to the dark side, and demonic programming and components can become attached to the soul (mind, will, and emotions) and literally run (govern; operate in; own) someone's life. And we must prepare for a spiritual battle to not only protect our kids, but to empower them to walk out their destiny and receive their inheritance when the Lord returns.
We must become a nation and a people that is willing to "get in the fight". We must be willing to follow the Biblical mandate to "pray and fast", for that is what Jesus did before He began His assignment. He knew the power of this dynamic combination that would see God work in miraculous ways to restore dominion of the earth to Him and His children. He prayed and fasted for 40 days in the wilderness before His temptation from Satan, and His isn't the only example we have of the effects of prayer and fasting. Moses fasted before receiving the Ten Commandments. Elijah fasted during his escape from Jezebel. Esther fasted for the safety of the Jews. Daniel fasted for an answer from God. Paul fasted after his conversion. And each of these periods of fasting (no matter how short or long) were accompanied by private and urgent prayer; and they were all honored by God.
That is why Mark and I have committed to this fast before we speak to this child and his parents as ambassadors of the Kingdom of Heaven. We will declare that the kingdom of darkness that has taken hold of this child must yield and bow a knee to the King of all creation. Our notice to minister to this child has been short, but we truly believe that this time in which we are fasting and praying will be consecrated unto the Lord, and the impact will be compounded and magnified. He will anoint our words with His power and authority, and He will display His love for this child.

There is one thing I know for sure ... and that is that Jesus desperately loves this young man and wants him to walk free from the bondage he has been in since childhood. I know that the battle is the Lord's and He goes before us, commanding His heavenly host to prepare the ground and seed the environment of our meeting place with His glory. He and the Holy Spirit will be present to declare that this child belongs to Him; that there is a scroll written in Heaven with the boy's name on it and all the good works that Jesus has planned for him, and which are still to be accomplished as he walks in His Freedom!  The spiritual consequences of our prayer and fasting will be mighty weapons in the hands of the Lord and His angels. Our obedience will be rewarded with victory in this boy's life!
So it is my prayer that we all will commit to prayer and fasting as a means to transform our lives and our nation; as a way to transition the earth to become like Heaven; and as a pledge to help this generation of children, teens, and young adults to step into their calling. Let us raise up a generation of mighty prophets and warriors that will not only proclaim God's divine purpose, but walk in divine encounters as they set the stage for Christ's return. The time is now!

Isaiah 58:6    Is this not the fast which I choose; To undo the bonds of wickedness; To tear to pieces the ropes of the yoke; To let the oppressed go free and break apart every [enslaving] yoke?