A Fresh Look At The Church And Deliverance

I've made it no secret that I see Jesus's ministry on earth as the role model [and evidence] for the ministry of Deliverance and Inner Healing. As He stated [and I have reiterated countless times], He "came to set the captives free". And what did He set us free from? Ultimately, Death and the fear of dying, as the verses in Hebrews state. And why are we subject to Death? It's the debt we owe God for our sinful nature; paid for by the blood of Christ on the Cross.
But there are other aspects of the "sin slavery" that He delivers us from, too. We see that in the four Gospels: He is able to deliver us from sickness -- sickness that invades the body, the soul, and the spirit. We can be delivered of physical illnesses, demonic torments to our minds and emotions, and wounds to our spirits [caused by our own sins, or those who have sinned against us].
The Early Church recognized the full spectrum of what Jesus came to do and pay for. But down through the centuries, that message has been diluted and reduced to "being saved from eternal death". Maybe it's time we take another [closer] look at what the Bible has to say, and the factors that hinder our belief in the validity of Deliverance today.
Let me start by saying that I love it when I stumble across the writings or a podcast from another Christ-follower whose revelation from Scripture supports what God has put on my heart. And when that person is unafraid of being criticized for standing up for what he or she believes is God's Truth [and can back it up with Scripture], then I am willing to listen. So I was excited when I heard a recent show by New York Pastor Alexander Pagani. He is, to say the least, unconventional in his history -- born in the Bronx and Saved in prison -- just the kind of "misfit" that Jesus found to be so useful in sharing His message. But the Pastor presented a very insightful argument for why the Modern Church has such a problem with Deliverance. And because I have experienced some of the same resistance, I wanted to take another look at our combined experiences and share some of my additional thoughts on the subject. 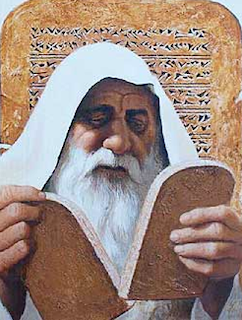 Let me be clear, there are many reasons that modern day Christian leaders and their congregations do not embrace Deliverance.  And one of the most insidious hindrances to the freedom that Deliverance brings is Legalism.  I suppose this shouldn't be such a surprise when one considers that the language of the Bible centers a lot around legal terms --- debt; judgment; redemption (The act of freeing someone by paying a purchase price); justification (a legal term that describes a spiritual transaction where God [the JUDGE] declares those who trust in Christ and what He has done for them on the Cross to be acceptable before Him); and of course, "The Law", which is most purposefully expressed through "the Law of Moses" (the Ten Commandments and includes the many rules of religious observance given in the first five books of the Old Testament).
But, when considered Biblically, the Law of Moses is quite strict and comes with consequences; it didn't center around the love of God, from the standpoint that He had to institute some strict boundaries to cleanse the Israelites from the idolatry and paganism they experienced during 430 years in Egypt.  It was a system of religious responses based on human actions. Think, "An eye for an eye". Deliverance, on the other hand, is a legal exchange, not a religious experience. Today, in the 21st Century, and due to God's immense love for us, our debt for sin was paid for on the Cross, and our rescue, or deliverance, or redemption are all legal transactions where Jesus trades His Blood for our freedom.
But here's what modern legalism in the Church gets us: we still tend to blame the flesh when it could be a demon contributing to our sin. And here's how the devil uses that mindset to deceive the Church: he either convinces the Church that he doesn't exist; or convinces the Church that demons don't exist. An argument I often hear is that those who believe in Deliverance see a demon around every corner. But I agree with Pastor Pagani, who says, "That warning is misdirected. We don't blame the devil or demons enough!"
Once again legalism in the church is a tool that the Enemy uses to corrupt the real legal aspect of our Deliverance. If we accept that "legal ground" is the permission to act, then we Christians need to be cognizant of the grounds by which we legally give the devil the right to act in our lives -- among the most prominent are overt SIN; participation in the OCCULT; UNFORGIVENESS; and the LIES we believe from the Enemy.
Depression, Doubt, Guilt, Fear, Anger, Shame, Unbelief, Lust, Pornography, Addiction, etc., etc. are all manifestations of legal ground given to the devil. If we want to remove these spiritual strongholds from our lives, then we have to remove the legal ground they claim. How do you do that? By confessing your sins, forgiving debts, renouncing the lies the Enemy whispers, and cancelling those claims in the Name of Jesus and by His Blood. Legalism in the Church will see those defeated seasons in your life as "suffering" for Christ-- you must work harder at overcoming your sinful state. But Deliverance, in the true model of Christ, sees Jesus doing the work because of the love of the Father.
There is another element in the Church that is closely tied to Legalism when it comes to the role of Deliverance in the Church. It's called Tradition. I often wonder.... is the Church willing to receive a "fresh wind of revelation"? I am always amazed at the willingness of some Christians to cling to some denominational doctrine that does not speak to the season and age in which we live. Why is it so difficult to consider that God's revelation has been progressing through the ages? That He reveals more and more of Himself as He blows fresh winds of revelation into our modern circumstances?
Let me ask you a question ... Has how we respond to the common cold progressed or evolved through the years? Do we still prescribe to Ben Franklin's theory of sleeping naked with the windows open to remove "the putrid air of a closed room" as the way to avoid a cold? Or have we progressed to the use of decongestants, cough suppressants, antihistamines, washing our hands, and doses of Vitamin C as viable solutions? The point I'm trying to make is that if some methods of relieving the common cold are in need of being updated, can we at least agree that our Church models for relieving the effects of sin in our lives may need to be updated, too?
Now, let's go another step or two with this concept. Look how technology has advanced in just our lifetimes. The rapid expansion of technology reaching into our lives has skyrocketed. From the rotary phone of my childhood to the Smartphone that is a mini-computer in your hand, the human race has progressed in their knowledge and abilities. Don't you think that Satan, who is a counterfeiter, has been able to evolve his methods of spiritual attack to match the speed with which we are learning how to war in the spirit through Deliverance? My point here being that just as we have updated our medical protocols, perhaps we should be paying attention to updating our models of Deliverance, too -- that is, if our Church is even doing Deliverance! 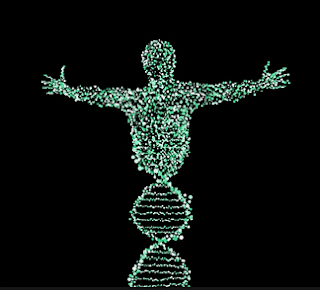 I will tell you that since the Lord brought this ministry to Mark and I a short four years ago, we have seen the discovery of ever more sinister ways in which the devil and his demons have contrived to keep people in bondage. Simply rebuking a demon and casting it out may not be enough anymore to stop the devil's torment. Just as mankind is exploring genetic manipulation, so is the Enemy. Just as our wireless devices connect at different frequencies, the devil has found a way to corrupt those frequencies for his evil purposes. I know this may all sound like nothing you've read in the Bible, but that's where we have to make sure that we don't let the religious mindset of Tradition and traditional understanding leave us unguarded and unprepared to battle in the spirit.
As Pastor Pagani said in his thick Bronx accent, "Tradition makes us get stuck on the Black letters on the white pages [in the Bible]. The white is the essence of the Bible!" In other words, don't just cling to the outward appearance of Scripture, but seek to understand the substance; the heart of the passage; the essence! Remember, that when accused of breaking the traditions of the Sabbath by healing a man on that holy day, Jesus's response was, Look beneath the surface so you can judge correctly.
We are living in an ever-changing world. And the devil is matching us step for step. He is never going to quit trying to kill, steal, or destroy our lives in Christ. So that means his methods of torment and devouring are advancing as rapidly as our existence. We must be ever mindful to not give up legal ground, or get stuck in outdated traditions that give the Enemy of God the opportunity to take our freedom [in Christ] that our Lord paid for.  It's not too late to get updated on how to bring in the Lord's harvest. We laborers can use the help!

Galatians 5:1     "Let me be clear, the Anointed One has set us free—not partially, but completely and wonderfully free! We must always cherish this truth and stubbornly refuse to go back into the bondage of our past".

Email ThisBlogThis!Share to TwitterShare to FacebookShare to Pinterest
Labels: Deliverance and Healing, Demonic Influences, The Church