The Kingdom and Grace

This post is the result of some questions I've been asking myself and, consequently, the search through Scripture for the answers. First of all, I would like to state that I am, in no way, questioning the veracity of the Bible, but my goal has been simply to understand it at a higher level. In seeking those answers, my faith in God's Word is even more secure.  And I believe that is pleasing to God ... It is the glory of God to conceal a matter, and the glory of kings to search it out (Proverbs 25:2).
Sooo, here is where my search has led me... as I continue with my constant re-reading of the Bible, I am amazed at the new points of interest and significant considerations that are brought to my mind. For instance, how many times have I read the Gospels of Matthew, Mark, Luke and John? Yet, each time, a new concept jumps out at me that I had thought I understood, but I find myself gaining new insight that adds to my growing relationship with Jesus. After all, He is the subject of these four different points of view of His earthly ministry.
In my latest readings of these synoptic Gospels, the Holy Spirit has shined His light on the importance of Jesus's good news that the Kingdom of God has invaded the kingdom of Satan here on earth. Furthermore, these scriptures reveal Jesus as our role model of how to do "kingdom living". He inaugurated the pattern we are to follow, and He made it clear that He if we call ourselves His followers, He expects us to carry on [and establish] the work He did. So above all, constantly chase after the realm of God’s kingdom and the righteousness that proceeds from Him. Then all these less important things will be given to you abundantly (Matthew 6:33).
But now my reading has taken me past Jesus's death and resurrection; past the pouring out of the Holy Spirit and the commencement of the Church, and into the pastoral letters of Paul. I will tell you that I am reading them with new spiritual eyes and am building on my understanding of God's plan of redemption for mankind. But as I stated at the beginning, my study has not come without questions. 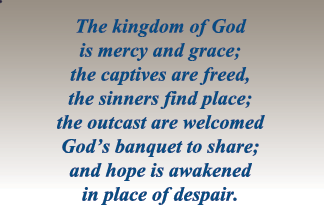 I admit that I initially struggled with the profusion of letters [from Paul] about the Gospel of God's Grace, and the theology and ethics of "Church living". Riding a high of new understanding on what Jesus meant by "Kingdom living", I will admit that I wanted more from Paul on the teachings of Jesus about the Kingdom of God and Heaven being near and what that looked like for us. Looking at the Church and the Body of Christ today, I was thinking that we have forgotten Jesus's commandments to love the Father and our neighbors by following His commandments to heal the sick, cast out demons, cleanse the lepers [the spiritually unclean], raise the dead, and preach the good news that the Kingdom was here.
We have forgotten His commandments to set the captives free from the bondage the devil has us in. And I can see the results of that lapse in our obedience to Him in the lives of countless Christians and unbelievers. Instead, I am seeing the Church focus on reveling in God's favor and grace [which is certainly a blessing], while seeing so many Christians suffering in silence due to their lack of knowledge of the authority and power Jesus brought to us with His Kingdom gospel. So, I kept coming back to the question of why Paul spends so much time writing about how the Church is to conduct itself, when there is such a need for Christ's message of freedom?
While that question plagued me, I also knew that the Bible is the inspired Word of God, and the Holy Spirit had something to teach me in this moment; some greater truth that I needed to dig for. And I do not think, by any stretch of the imagination, that I have uncovered all that He wants to teach me, but I think I have begun to uncover some more of the magnificence of God.
I had to step back and look at what God was trying to accomplish on His redemptive timeline when these books of the Bible were written. [I will admit that I sometimes get myopic when reading the Word, thinking that it only applies to me in this narrow span of time that is my life]. Yes, the Word is to speak to all mankind across the course of history, but there was a specific purpose for Paul, and a specific purpose for his writings for that time. And they do not come in conflict with the Gospel of the Kingdom!
My meditation on these concepts of Kingdom and Grace came to a head, so to speak, when the Holy Spirit revealed the connecting link of RIGHTEOUSNESS. Remember what Jesus said in Matthew 6 about first seeking the Kingdom [of God]? Well, I bet most Christians are like me and they stop right there. We are stunned that we've never been taught about seeking the benefits and power and authority that Jesus brought with Him when He instituted the Kingdom in this earthly realm. So we focus on getting up to speed on that new Truth. But look more closely at what Jesus said ... Seek first (chase after) God's Kingdom AND THE RIGHTEOUSNESS THAT PROCEEDS FROM HIM.
Yes, we are to walk in the power and authority delegated to us from our position in Christ -- our spirits are seated in the heavenly realms with Him. But we are to also live righteous lives as modeled by Him. That righteousness is a recurring theme in Paul's letters. His writings reflect his assignment to tie that concept of righteous living with our position in the Kingdom of God. Over and over he makes this point: When you follow the desires of your sinful nature, the results are very clear: sexual immorality, impurity, lustful pleasures, idolatry, sorcery, hostility, quarreling, jealousy, outbursts of anger, selfish ambition, dissension, division, envy, drunkenness, wild parties, and other sins like these. Let me tell you again, as I have before, that anyone living that sort of life will not inherit the Kingdom of God (Galatians 5:19-21).... [Timothy] will remind you of how I follow Christ Jesus, just as I teach in all the churches wherever I go..I’ll find out whether these arrogant people just give pretentious speeches or whether they really have God’s power. For the Kingdom of God is not just a lot of talk; it is living by God’s power (1 Corinthians 4:17-21) .... Or do you not know that the unrighteous will not inherit the kingdom of God (1 Corinthians 6:9)? 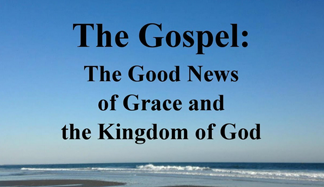 And perhaps one of the clearest explanations connecting the Kingdom of God and righteous living is found in Ephesians 5:1-7: Be imitators of God in everything you do, for then you will represent your Father as His beloved sons and daughters. And continue to walk surrendered to the extravagant love of Christ, for He surrendered His life as a sacrifice for us. His great love for us was pleasing to God, like an aroma of adoration—a sweet healing fragrance. And have nothing to do with sexual immorality, lust, or greed—for you are His holy ones and let no one be able to accuse you of them in any form. Guard your speech. Forsake obscenities and worthless insults; these are nonsensical words that bring disgrace and are unnecessary. Instead, let worship fill your heart and spill out in your words. For it has been made clear to you already that the kingdom of God cannot be accessed by anyone who is guilty of sexual sin, or who is impure or greedy—for greed is the essence of idolatry. How could they expect to have an inheritance in Christ’s kingdom while doing those things?
As I allowed my spirit to meditate on these letters to the various churches, it became clearer to me. Paul's proliferation of writings on righteous living and conduct within the newly planted churches was meant to uphold and fortify the Kingdom of God that had infiltrated this realm; not to replace the purpose of that kingdom's appearance.
I firmly believe that Jesus's commands to heal the sick, cast out demons, etc. was an established foundation of each church's duties as Christ-followers. (As my wise husband suggested, "Paul assumed each church already knew the Great Commission as assigned by Christ"). Paul's unique assignment was to teach these new followers to walk in the love and grace that Jesus exhibited, at the same time that they walked in the power of the Kingdom that He brought. We must remember that at this time Paul was involved in new churches being planted among Gentiles; people who were not knowledgeable of Yahweh and His moral laws as the nation of Israel had been. His letters to these churches were constant reminders to live this new way of life or forfeit their inheritance of being a part of the Kingdom of God. And today, it is a reminder to us that we are to live by those same standards.
For all this to work in concert together, it is important to remember that although the Kingdom of God has been fulfilled on earth [realized and achieved with the First Coming of Jesus], it has not yet been consummated [completed, finished]. That will happen when Jesus returns to judge the righteousness of men [as stated in Acts 17:31]. At the time Paul was writing to these new churches, it was not enough to recognize the power [of the Kingdom] in which Jesus had come. It was also necessary to make men aware that walking in His righteousness was part of the package that guaranteed their inheritance in that Kingdom. Today, we need to be just as cognizant of both -- and walking in both. Somehow, we have lost the first part of that equation and today we only focus on Paul's warnings about how to conduct "church living". The coming of the Age of Grace does not take the place of the coming of the Kingdom and our power and authority. In other words, it does not eliminate our assignment to do "Kingdom living" and all that Jesus modeled in healing and deliverance. I believe it is time to receive the full counsel of God. It is not His Kingdom message versus His message of Grace. Rather, it's a dual concept; they are dependent on one another. And what we inherit in eternity as Sons and Daughters of the Kingdom depends on us doing both.

Acts 20:24-27    "But my life is worth nothing to me unless I use it for finishing the work assigned me by the Lord Jesus—the work of telling others the Good News about the wonderful grace of God. And now I know that none of you to whom I have preached the Kingdom will ever see me again. I declare today that I have been faithful. If anyone suffers eternal death, it’s not my fault, for I didn’t shrink from declaring all that God wants you to know". [Paul's message to the elders of the church of Ephesus].