A Prayer For Our Nation 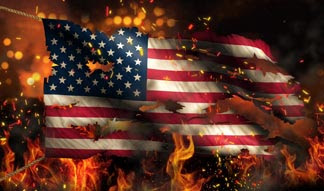 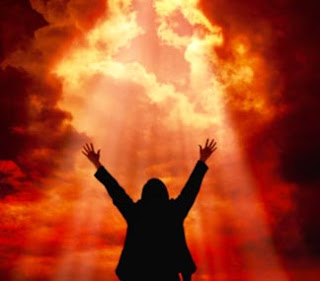 Father God, we boldly and confidently come before your Throne today, to plead our spiritual condition as a nation.  Father, we know that the Blood of Christ is always before your Throne, interceding on our behalf, but we want to take responsibility for the state of this nation, and to repent for not turning away from the world and following Jesus with our whole heart.
Father, we are guilty of bowing down at the altar of Molech, legislating the shedding of the innocent blood of millions of babies.  We have profaned your Church by allowing the sinful practices of the world to infiltrate your sanctuary, and the conspiracies of false prophets to blaspheme your holy laws.  We have allowed the Leaders of this land to practice extortion and commit robbery. They have oppressed the poor and needy through political systems, and have taken advantage of those seeking refuge, without maintaining the protection of the righteous -- all without godly justice.
We see the increase of sexual perversion in our land, and the cost it is enacting upon our families, our children, our marriages, and the truly vulnerable. We admit that we have not always treated our bodies as a holy Temple for Your Spirit, and that grieves us.
Father, we recognize that Your Judgment is due upon this land; that we have made no distinction between what is Holy and what is common or evil in Your eyes.  We acknowledge that we have made the worship of other gods equal to the worship of You and Your Son.  Father, we repent of these sins and plead the blood of Jesus upon all our transgressions.
So, now we come before Your Throne, asking for forgiveness and that you release Your Power and Fire to burn up the works of darkness in this nation.  And because we have been given Power and Authority by Jesus to carry on His work of destroying the works of the devil, we release that fire of God [within us] to burn up the idols of this land.  Let the works of witchcraft and occultism be burned in Your fire.
We release the Sword of the Lord against the powers of hell, in the Name of Jesus. Let every altar erected by the Enemy, and the idols and images of the land be broken by Your Power, Oh Lord.  And, in the Name of Jesus, we bind the principalities and powers in the regions where we live, and we ask that you pour Your contempt upon these demon princes.  Break their strength, and bring down the proud and the arrogant, cleansing this land of all unholiness and unrighteousness.
And Father, we ask that You release Your flood waters of Holy justice to rain down on this land, returning us to a righteous and godly people.  LORD, we know that the day will come when You will come in a flood of Godly Power, and all the floodwaters of sin and ungodliness will give way to fresh floods of Your Glory. Father, we pray that that Day will come soon; a Day when we will see Your Kingdom fully established on this earth, and the Prince of Darkness and his demons judged and defeated.  We thank You for the Grace and Mercy You have extended to us, and humbly ask that You bless this land, causing Your face to shine upon us, and that Your Way may be known upon this land and upon the entire earth. We pray for Your Salvation among this nation unto the ends of the earth. May You yield favor and increase upon us as we pray that Your Kingdom come, Your will be done, on earth as it is in Heaven. Amen.

1 Samuel 12:20, 22     "Do not be afraid; you have done all this evil. Yet do not turn aside from following the Lord, but serve the Lord with all your heart ... For the Lord will not forsake His people, for His great name's sake, because it has pleased the Lord to make you a people for Himself".