The concept, as laid out in this post title, has been rattling around in my brain for awhile. And now I hope the Holy Spirit will help me elucidate the complexities of this topic.  To be sure, this is a very difficult idea to understand ... As followers of Christ, we believe that God is Sovereign and Supreme in all aspects of the Universe that He created.  But what exactly does that mean?
Can we agree that His Sovereignty means He has the ability to exercise His will in unlimited power and ways?  But does that mean He always carries out His will?  It is my opinion that God’s Supremacy is unrestricted, but I also believe that the Sovereignty of God has its parameters.  In other words, ultimately God is in complete control of all things, though He may choose to let certain events happen according to limits He has established -- again, a matter of His Sovereignty.  So, I believe that God is totally independent and does as He pleases, without having to answer to us.  (As one of my favorite theologians and deliverance ministers, Dr. Charles Kraft, says, "God doesn't answer Why questions").  Then, it is apparent that the next question is, "What might some of those limits be?" 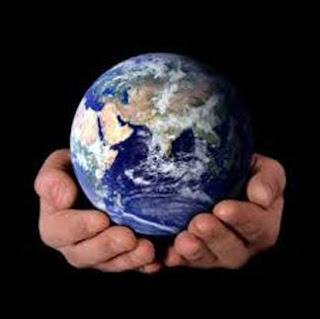 First of all, God cannot do anything that goes against His own character.  He can't lie; He can't be tempted by evil; He keeps every promise He makes; He can't contradict Himself; and He won't revoke what He has given or promised us... and that includes our free will. That speaks to His character trait of Immutability -- He does not change.  So that inherently means that if He has given us free will, He will not take it back, nor infringe upon it.
The Bible is full of Scripture and examples of man using his free will to go against the will of God... Adam and Eve chose to eat of the tree of the knowledge of good and evil; the nation of Israel (God's favored people) chose to rebel and follow after false gods.  Do you think either of these outcomes is what God desired, or what best served His purpose?  It is just as Joshua exhorted, "And if it is evil in your eyes to serve the Lord, choose this day whom you will serve...".  We have been given the choice to obey God, or not.  Could God, in His Sovereignty, have made Eve reject the serpent's temptation?  Or closed the hearts and minds of the Israelites to the snare of the foreign gods?  Of course, He could have! But He, in His Sovereignty, He chose NOT to!
So, how does this connect to our Dominion, or our Power and Authority; and does this change our opinion that God is in control of everything?  Let me reiterate one idea regarding God's Sovereignty ... He has the ability to control everything, if He wants.  But does He?  Let's look at the case of spiritual and demonic attacks upon Believers.  It is a well-entrenched idea within today's Body of Christ that prayer is a vital part of a Christian's life... and I totally agree!  But I fear that it is sometimes looked upon as the primary tool in our arsenal against the evil forces of this world.  As Christians, we want to be obedient to Christ, and prayer puts our hearts in the proper "frame of mind" to desire that obedience.  We cannot pursue a relationship with our Lord without communing with Him; that's the truth.  And we are exhorted to pray without ceasing; to keep those lines of communication open.
But somehow the Enemy has convinced us that prayer is all we can do when we are confronted with his spiritual attacks.  And when those prayers aren't answered, then he whispers that it was God's will that we suffer and be brought to our knees in order to gain a closer relationship with Him.  I am not disputing that God allows discipline in our lives to correct our errant ways,and bring us back into obedience, but I cannot subscribe to the theory that it is always the case that we "just have to keep praying and hoping God will answer our prayers" ... that somehow we didn't pray hard enough, or our faith wasn't strong enough for God to answer our petitions.
What if He is desiring that we call upon the Power and Authority that has been bestowed upon us by our Lord and Savior?  What if He is wanting us to demonstrate to the forces of wickedness that they no longer have dominion over the earth; that the Kingdom of God now exists on earth and we are the stewards of that Kingdom?  Or, that the dominion and power that was usurped from Adam and Eve has been re-bestowed, so to speak, upon us by the coming of Christ into the world, so that the Kingdom of Heaven is now present ... on earth as it is in heaven!  How sad, to me, that we don't recognize that and continue to languish in bondage, when we have been given the power and authority, in the name of Jesus, to be set free!
Let me ask you this:  When you are continuously oppressed by demonic attacks, and you pray night and day, with no results, how do you explain that?  God just isn't hearing me; I must pray harder?  Or, maybe you tell yourself that for some reason God is wanting this to happen, because He controls everything; otherwise the attacks would stop.  But when we pray for release and rescue, asking God to take it away, aren't we are basically asking Him to do something that He told us to do?  Didn't He say, And as you go, preach, saying, ‘The kingdom of heaven is at hand.’ Heal the sick, raise the dead, cleanse the lepers, cast out demons. Freely you have received, freely give"?  But what were we freely given?  The power and authority to do these things!  And with that authority comes the responsibility to use it -- not sit idly by, waiting for God to do the work He has told us to do! 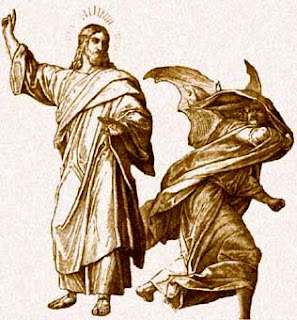 And let me suggest this thought ... Can you find any instance in the Bible when Jesus prayed out a demon?  No!  He always cast them out!  And did He ever ask His Father to do the casting out for Him?  No!  He used the Power and Authority given to Him by His Father [and now transferred to us as co-heirs] to cast the demons out Himself.
Now, I know some of you are thinking about the verse where Jesus tells His disciples that the reason they couldn't cast out some demons is because those particular demons required prayer and fasting.  I believe that He wasn't saying they should've prayed and fasted instead of casting out the demons, but that their faith levels weren't high enough to cast it out, and that they needed to spend more time in prayer and fasting before they could drive this particularly strong demon out:  "Then came the disciples to Jesus apart, and said, Why could not we cast him out? And Jesus said unto them, Because of your unbelief...".
So, to bring this full circle -- in the short time my husband and I have been involved with healing spiritual wounds and conducting our Deliverance Ministry, nearly every person who comes to us has tried desperately to pray away the oppression they are under.  If God is in control of everything, and He honors the prayers of His children, why wasn't the oppression lifted?  Could it be that He wants us to follow Christ's example?  Just as Jesus called upon His Father's power to cast out demons and set the captives free, we who are Believers now have that same power available to us.  We just need to use it!  Jesus promised, "You will receive power when the Holy Spirit has come upon you" (Acts 1:8).  If you are saved, then you have the power of Heaven on your side!  I wish I knew when and why we lost that Truth; but it sure goes a long way towards explaining why so many Christians suffer demonic oppression in a helpless state ... My people perish for lack of knowledge never made more sense!