"Be As Wise As Serpents, and Innocent As Doves"

In our Home Church's study of the Book of Acts this past weekend, we made note of the ways that satan attempted to disrupt the growth and influence of the newly-formed First Century Church.  He tried to discourage the Apostles from delivering their supernaturally-charged message of "Jesus as Messiah" by inciting the civil and religious ire of the powerful Sanhedrin.  When Peter, under the inspiration of the Holy Spirit, shows them he is unafraid of their threats, the devil then whispers the sin of Pride into the hearts of Ananais and Sapphira and they lie to the Holy Spirit about their false generosity to meet the needs of the multitude assembled in Jerusalem.  God thwarts that plan by striking them dead on the spot.

The next move in the cosmic chess match was to try to instigate division among different groups within the new Church, but Stephen, a man of remarkable faith, steps up and leads the congregation to reconciliation.  In retaliation, satan whispers lies and false accusations against Stephen, which results in a trial before the Sanhedrin and a death sentence for blasphemy -- ironically the same sentence brought against Jesus, whom Stephen proclaimed.  Again, the Adversary thinks he's poured cold water on the fire of Christianity, but God defeats his move by raising up the first martyr who is willing to die for his witness of Christ.  And all of this has happened in just the first seven chapters!
But Jesus had warned the Apostles that this would be their lot; in fact, anyone who is willing to witness to the world of eternal salvation through Jesus, the Son of God, can expect that there will be a hard road before them.  In Matthew, chapter ten, after commissioning His twelve disciples and instructing them to continue the work He was doing, he then warns them that He is "sending them out as sheep in the midst of wolves", and then comes that turn of phrase that I wish to explore further ... "So, be as wise as serpents, and innocent as doves".  Just what did He mean by that? 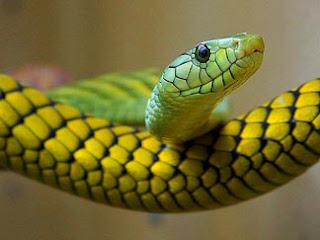 The first half of that admonition is easy enough to discern.  Sheep are vulnerable in the midst of wolves, and are targets for attack.  As Matthew Henry explains it, "Wicked men are like wolves, in whose nature it is to devour and destroy."  This is the very definition of the goal of satan.  So, then what are we to make of the advice, first, to be "wise as serpents"?
I have seen some explanations from sources that I admire; John Piper and David Guzik both adhere to opinions that witnesses for Jesus should follow the example of serpents, or snakes, and "get out of the way; go under rock", or that "serpents are attacked by everyone, and must use creativity and wisdom to survive; so, avoid unnecessary trouble".  While both viewpoints accurately describe the action of snakes, I would like to offer another possible interpretation; one from a spiritual warfare point of view.
Do you think it is plausible that Jesus could have meant for them to be wise from this standpoint ... to be wise and to have sharp and perceptive discernment and understanding of people and situations, and to be alert and aware so that you can maintain sound judgment in dealing with different  circumstances.
I suggest that both Mr. Piper and Mr. Guzik might put forth the argument that a snake's most common form of self-protection is avoidance.  Therefore, when confronted with persecution, we should seek practical and artful ways to avoid trouble with the Enemy, and seek a path of escape.  And I agree that this might sometimes be the best option and approach we should take.
But remember, it is the objective of wolves to "devour and destroy", and this is the task that satan desires to accomplish through any manner possible.  And what is Jesus's admonition in the face of satan's attacks?  Be wise as a serpent.  So, as we attempt to fulfill our commission from Jesus, we must discern how we are going to counter these attacks, and listen to the counsel of the Holy Spirit.  I contend that currently, the Church's only modus operandi is to follow a plan of "avoid and escape".  But is that the only approach that Jesus means for us in His advice to be wise as serpents?  Are we always supposed to run and hide?  What if He really meant something else?
What if being as wise as a serpent means to know and understand the Enemy's tactics?  It seems to me that by being aware of how our enemy thinks and acts, that we could be more effective in defeating him.  I'm not saying that we should go looking for the fight at all!  But I am suggesting that avoiding the fight at all costs  -- with no understanding that we have the power and authority of Jesus behind us -- we are giving up valuable ground to the forces of wickedness and evil.  Sometimes understanding our enemy -- instead of avoiding him -- might give us the opportunity to better protect ourselves.  Instead of defenseless sheep facing an onslaught of wolves, we can mount a supernatural defense, being wise as to how our enemy operates. 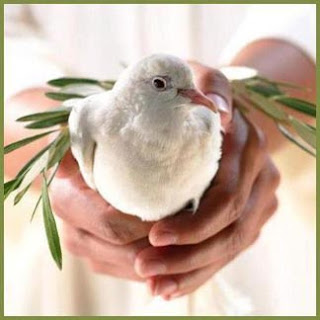