As you know, I have been focusing on the subject of spiritual warfare of late.  It is because I believe that the turmoil and chaos we see in people's personal lives and throughout the world is the result of an earthly king who opposes God and His people, and the “prince” who stands behind that realm, prompting men to carry out his will. Of course, this belief system is supported by my faith and profoundly frames my Biblical worldview.
So, when I look at topics like the racial violence in our cities, terrorist attacks in Europe, and the latest issue of Dabiq, the propaganda magazine of the Islamic State, I see beyond the surface images and discern a deeper truth regarding their significance to men.  Each one points to an underlying element of satan's character and conduct -- to wreak havoc and spoil and ruin in his never-ending quest to destroy mankind, which is God's creation and the one who usurped his position in Heaven.
I'm pretty sure that you are aware of the first instances I cited, but that third one ... Dabiq, the propaganda instrument; what part does it play in satan's plan?  First of all, thanks to Joel C. Rosenberg, prolific author and communications strategist, we have a unique perspective on the importance of this strategic tool and the significance of its name.  Dabiq, a small town in northern Syria, lies around 6 miles from the Turkish border, and it features in Islamic apocalyptic prophecies as the site of an End Times showdown between Muslims and their enemies.  By naming their propaganda tool after this site, ISIS is showing the world that they intend to bring about this confrontation.  In essence, the magazine Dabiq is foreshadowing Islamic eschatology.
For those of you who need a solid definition of just what comprises eschatology, here it is:  eschatology is the part of religious theology concerned with death, judgment, and the final destiny of the soul and of humankind; it is the belief of what will happen in the final events in the history of the world.  Each of the three major religions has their own form of eschatology (and none of them are universally accepted by all adherents of each faith).  In Judaism, this time period is known as "the End of Days", and centers around the belief that the God of Israel will redeem His people from captivity (which began in the Babylonian exile) and return the Jewish people to the Land of Israel.  God will restore the Temple in Jerusalem and the House of David, out of which will come a King, a Jewish Messiah, who will defeat the Gentile nations, lead the Jewish people and the world, and He will usher in an age of justice and peace.  All nations will recognize that the God of Israel is the only true God, after which He will resurrect the dead and create a new heaven and a new earth.
In Christianity, our End Times eschatological theology can vary among different denominations.  So, I will present it as I understand it from my study of Scripture ... Jesus returns at the end of "the Tribulation" to rescue Israel, defeat the Antichrist, judge the nations and the wicked in Israel, and rule over the Messianic Kingdom.  The Church will be snatched away at some point prior to God's judgment being poured out on the wicked of the earth.  [Whether that is pre-tribulation, mid-tribulation, or post-tribulation is anyone's guess.  I prefer to see it as pre-wrath since 1 Thessalonians 5:9 says that God did not appoint us to suffer wrath.  That being said, Scripture tells us "no one knows the day or hour"].  After Armageddon, Satan is bound and believers enter the Millennium.  Following the thousand year reign of Christ there is a final battle with satan, the destruction of the cosmos, and recreation of a new heaven and earth.
The eschatology of Islam looks like this ... Jesus (Isa) will return to over-throw the Romans in "Dabiq or Al-A'maq" in Syria, or at the Lud gate in Jerusalem, according to another account.  Jesus will "kill all pigs and break all crosses", confirming Islam as the only true religion.  After 40 years Jesus will die and be buried next to Muhammad in Medina (Islam teaches that Jesus didn't die in A.D. 33 but has been in a state of "suspended animation" since).  That is the purpose of Jesus's Second Coming according to Islam.
In Judaism Jesus returns as the Messiah to defeat the hostile Gentile nations and restore the kingdom of Israel.  The Jews will return from exile to their Holy Land (already occurring) and they will rule in a spiritual age of harmony.  His return in Christianity is similar; Jesus will come to rescue Israel, defeat the Antichrist, judge the nations and the wicked in Israel, and rule over the messianic kingdom. 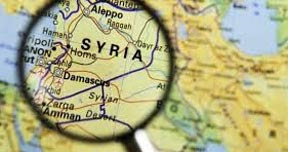 So, while all three major world religions share in a belief of a final judgment, the establishment of a new earth, tribulation before the establishment of this new earth, and the belief in the eternal reign of a Messianic figure -- there is a major difference that must be noted.  The Bible never calls on Jews and/or Christians to annihilate their enemies to bring about the Kingdom of their Messiah.  But Apocalyptic Islam calls for just that -- there must be a conquest of their enemies before the Kingdom of their Messiah can be established.  Some analysts have said ISIS could be trying to hasten this battle by goading the U.S. into putting boots on the ground in Syria.  According to the Islamic view the soldiers of Allah will win this battle, ushering in a period marked by the destruction of the Jewish State of Israel and the dominance of Muslims globally.
Do you see why it is important to note and understand the eschatology of these World Religions?  We can no longer ignore a major religion that consists of 1.6 Billion followers and approximately 23% of the global population (and growing).  And we cannot ignore the message shouted from the pages of Dabiq:  ISIS leaders make it clear they want to bring about the End of Days; they vow to “break the cross” — that is, to slaughter Christians in the Middle East, in the West, and around the world, and to annihilate Christianity from the Earth; and they list six reasons they hate us .... 1) we are "disbelievers" in their god;   2)  they hate us because our secular, liberal societies permit the very things that their god has prohibited;  3)  they even hate our atheists because they deny our Lord;  4)  they hate us for the crimes and transgressions they believe we have waged against their religion;  5)  they hate us for what they see as crimes against Muslims; and 6) they hate us for invading their lands, and they vow to fight us and drive us out.
For perhaps the first time in the short history of our nation, eschatology is at the heart of our enemy's motivations, their strategies, and their tactics.  Many Muslims across the globe see the unfolding events in Syria and Iraq as proof that the prophetic traditions of their religion are coming to pass and will soon lead to the return of the Muslim Jesus and the Mahdi ... the "guided one", the prophesied redeemer of Islam who will rule for five, seven, nine, or nineteen years before the Day of Judgment and will rid the world of evil.
And just in case you are wondering what all this has to do with spiritual warfare... it should be apparent by now.  The powers of darkness which have been given territorial rule by the prince of this world are running their programs.  The Enemy of mankind senses that his time is short ... he, too, knows the eschatology of each of the major religions and he is playing his hand for all its worth right now.  So, we'd better know the game plan, too.  And all the earth better know that there is only One True God who will rule the world.  When that trumpet blows, it will be the Jewish Messiah, our Lord and Savior, who descends from heaven.  And every knee will bow, and every tongue will confess that Jesus Christ is Lord!  Amen!

Isaiah 60:1-2    "Arise, shine, for your Light has come, and the glory of the Lord has risen upon you. For behold, darkness shall cover the earth, and thick darkness the peoples; but the Lord will arise upon you, and His glory will be seen upon you."