With a nod to nerds and the popularity of science fiction, the Netflix series Stranger Things has taken the entertainment industry by storm.  It has been interesting to hear the disparate reactions of those whose spirits discern a dark, spiritual undertone, and those who just see the slick and scary surface image that Hollywood is so good at projecting.
I wanted to write this particular post because I want Christians to start seeing the world through spiritual eyes.  I want them to begin discerning the spiritual warnings that are hidden in plain sight, so they can be prepared; with their spiritual armor on and the Sword of the Spirit at the ready!
Why do I think it is important enough to talk about this specific mini-series?  Because this is one more instance of the New World Order [as an agent of satan] revealing their agenda and de-sensitizing us to what they have planned.  I find it very interesting that the series was originally titled Montauk, which references The Montauk Project, an alleged series of secret United States government projects conducted at Camp Hero (or Montauk Air Force Station) on Montauk, Long Island for the purpose of developing psychological warfare techniques and exotic research including time travel.  Other alleged experiments by our government and military included teleportation, mind control, contact with alien life and staging faked Apollo Moon landings.  If nothing else, the allegations about The Montauk Project certainly served as the inspiration for the popular mini-series.
While there are those who might consider all this just a bunch of conspiracy theories, I cannot discount them as such.  There is simply far too much research and interviews with people who claim they were involved with the project.  And it certainly explains some of the strange occurrences and violence we are seeing in the world today.  Add to this the speculation that The Montauk Project was an extension of the Philadelphia Project, an effort to study the possibility of rendering things and people invisible. 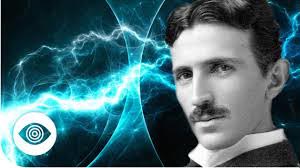 Here's a little of that history:  In 1933, Nikola Tesla, famed inventor, physicist, electrical engineer, and futurist worked with a coalition of scientists at the California Institute of Technology which included Albert Einstein, Dr. John Erich Von Neumann, and later a team of scientists that were coming to the U.S. from Germany until WW II started in 1939.  All this led to the Philadelphia Project, which was an alleged military experiment that is said to have been carried out by the U.S. Navy at the Philadelphia Naval Shipyard in Philadelphia, Pennsylvania some time around October 28, 1943. The U.S. Navy destroyer escort USS Eldridge (DE-173) was claimed to have been rendered invisible (or "cloaked") to enemy devices.
The fact that Tesla was involved in both the Philadelphia Project and the Montauk Project -- he was Chief Director of Operations --  makes the hair stand up on the back of my neck.  If you recall an earlier blog post I wrote, in which I connected the dots between Tesla and Fallen Angel Technology, you will understand why.  (I wrote that post nearly two years ago, and to this day, I get comments that decry my suggestion that Tesla's experiments with energy and light involved information he received from demonic entities).
But the truth is that Tesla and others were hired by the government to work with energy reactors and light streams to rip a hole in the atmosphere (otherwise known as portals) -- all under the guise of experimenting with electricity, but with a clandestine plan to look into other realms.  Think about it, the best scientific minds in mathematics and physics all come together to work at the same facility, and you can honestly say they would be incapable of developing space-time quantum physics?  Yet, that's just what they did; bending physics in the atmosphere and opening up holes into other dimensional realms.  The results were other-worldly, to say the least, and you can read more in-depth details here.
Naysayers will label these claims as hoaxes and say none of the allegations about the experiments have ever been proven.  Yet, here are few of the assertions about the experiments that took place, and they sound eerily familiar and would explain some of the bizarre events we are witnessing today:
•  Homeless people and orphans were abducted and subjected to huge amounts of electromagnetic radiation to test mind control technology and remote brain programming. Few survived.  Doesn't that make you wonder about this statistic from the National Center for Missing and Exploited Children: roughly 800,000 children are reported missing each year in the United States -- that's roughly 2,000 per day. Of those, there are 115 child "stranger abduction" cases each year, which means the child was taken by an unknown person.
•  Mind control experiments were conducted and runaway and kidnapped boys were abducted and brought out to the base where they underwent excruciating periods of both physical and mental torture in order to break their minds; then their minds were re-programmed. Many were supposedly killed during the process and buried on the site. Others were released with programming as mind-slaves with alternate personalities to be sleeper cells who could be activated to perform missions.  Doesn't that make you wonder about the unexplained incidents whereby normal people suddenly "snap" and commit horrendous crimes?  Wouldn't this be a valuable weapon in the hands of evil people who wanted to do great harm to this country?
•  Contact was made with alien extraterrestrials through the Time Tunnel and technology was exchanged with them which enhanced the project. This allowed broader access to "hyperspace".  This makes me think of the Tower of Babel and if it isn't possible that Nimrod, who "began to become a mighty one" received advanced technological information in order to know how to construct a tower that would reach to heaven.  And wouldn't that mean a hole in the atmosphere would have to be made?  Was that the first portal? And were Tesla and his cohorts just continuing that exchange of advanced ideas? 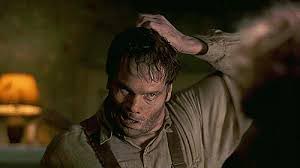 •  Mass psychological experiments, such as the use of enormous subliminal messages projects and the creation of a "Men in Black" corps to confuse and frighten the public, were invented there.  We see all of this in the spectacular mini-series Stranger Things.  The series points to mind control, subliminal messages, DNA experimentations to create hybrids, and time travel, which all speak of spiritual warfare to me.
I know there will be many who ask why I am even bothering with this topic, or who fail to see the connection to parallel universes, overlapping dimensions, and real evil.  What does it have to  do with Scripture or what God wants us to know?  Well, have you considered that in Isaiah, Chapter 38, God adds 15 years to Hezekiah's life, and turns the sun backwards 10 degrees?  Both of these events would seem to indicate distortion of time.  And what about Jesus's warning of "As it was in the days of Noah"?  I certainly see the indication of demon spirits or evil angelic beings trying to pollute and corrupt the human race through forced DNA experimentation.
And it does not escape my notice that all this, plus the theme of Stranger Things, furthers the theory of "ancient aliens" being promoted by the History Channel; a theory that in ancient history, extraterrestrials landed on Earth, where they were hailed as gods and helped shape human knowledge by giving primitive man the knowledge of the solar system, concepts of engineering and mathematics, and knowledge that became the basis for humanity's religions and cultures.
Then take it one step further, and consider what the miniseries suggests; that mankind, in their attempt to gain more power by harnessing the knowledge of otherworldly entities have crossed the line, opening portals that have allowed these evil entities to enter our dimension.  That is essentially the fear that surrounds projects like the Large Hadron Collider at Cern.
I know this all sounds completely crazy, but can you see it yet?  Technology has always been a tool that the Enemy has used to entice man to help the false god set up his kingdom on earth.  And one branch of that technology has created the entertainment industry, which not only shows us what the Adversary's mission and plan is for mankind on earth, but lulls us into an acceptance of it by subliminal messages and repetitive conditioning.  Stranger Things may look like just another harmless science fiction show with scary monsters, but I contend that it is mirroring the planned spiritual attacks that will be launched by another round of fallen angels that will visit the earth ... just like in the "days of Noah".
So it is okay to enjoy this fantastically entertaining mini-series, and to look forward to a much-anticipated Season Two.  Just know what you're really being shown; look at it beyond the surface level and discern the message with spiritual eyes.  Yes, it's a message of a corrupt and nefarious government, but it's also a picture of a very real and physical spiritual war that is prophesied in the Bible.  There's a reason those of us with spiritual discernment are seeing beyond the obvious...

Revelation 12:9   "And the great dragon was thrown down, that ancient serpent, who is called the devil and Satan, the deceiver of the whole world—he was thrown down to the earth, and his angels were thrown down with him."