Part 1: The Church, Homosexuality, and Our Changing Culture 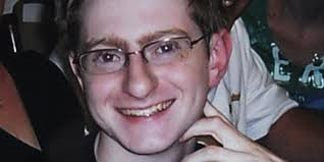 This past weekend I watched a heartbreaking segment on CBS Sunday Morning.  It featured the parents of Tyler Clementi, the eighteen-year-old Rutgers student who took his own life by jumping off the George Washington Bridge after his dorm roommate used a webcam to secretly live-stream Tyler's date with a man.
The anguish that Jane and Joseph Clementi are feeling five years after Tyler's suicide is still palpable and unmistakeable.  They acknowledge that their son was a victim of cyber-bullying because of his sexual lifestyle, and they have turned their grief into a cause.  They have established the Tyler Clementi Foundation to end online and offline bullying in schools, work places and faith communities.  They have also worked with Congressional representatives to pass the Tyler Clementi Higher Education Anti-Harassment Act.
Before I write a word of caution regarding this family's cause on behalf of their son, I want to be clear -- bullying is never acceptable under any condition.  And the fact that Tyler Clementi was gay in no way negates him as a child of God, or his value as a person worthy of love and respect; the crime that was committed against him was heinous and deserving of punishment.  The fact that the ridicule and torment he received from fellow students drove him to take his life is reprehensible under any circumstances.  There is no justifiable reason for one human being to treat another in such a cruel and mean-spirited way.
But as I watched the segment with Tyler's parents, I became aware of an undertone that sparked concern.  It seemed that the interviewer wanted to make sure the audience was aware of the harm that the Church had also done to Tyler and his family.  It was pointed out that Jane Clementi and the family "regularly attended an Evangelical Christian church.  Only later did the parents realize that the Church's message [about homosexuality] was causing anguish at home."
What was that message?  I'm sure you've guessed it by now ... that homosexuality was a sin.  But here's the problem with blaming the Church.  If you're going to call yourself a Christian, there is only one manual to go by, and that is the Bible -- which clearly states that homosexuality is a sin.  Does that mean that you can't be gay and a Christian?  Think carefully about that answer.
Doesn't calling oneself a Christian require that we confess our sins -- no matter what they are; and there are many being committed by all of humanity -- and ask God for forgiveness and turn away from our sinful ways and lifestyles?  That means all of us --- gay, straight, transgender, man, woman, black, white, brown or polka-dot!  It means that we must recognize how our sins look in God's eyes!  It doesn't mean that we should overlook our own sins or the sins of our fellow Christians or non-believers because it makes them feel undervalued or unworthy.  It is the Creator's standards that should be met, not the created's!
So, does Jane Clementi have an argument when she says, "When Tyler told me he was gay, what I really wanted was another Christian mom to go and talk to.  No one in my faith community ever talked about having a gay child.  No one had a gay relative ... [apparently] there were no gays in our Church!  Until families come out and can be found, you can't help each other."
I would suggest to you that the Church has not done a very good job of dealing with this problem.  They have either accepted it as pleasing to God (which is un-Biblical) , or condemned it in a most unloving and hateful manner (as Westboro Baptist Church has done -- also un-Biblical).
Stop and think about her perspective for a moment.  She's not talking about the liberal churches who are openly defying and disobeying God's Word regarding the acceptance of homosexuality as a non-sin.  She is talking about so-called "evangelical" Churches who purport to be faithful to the Word.  How are they helping the growing number of families who are dealing with the announcement that their children have accepted themselves as gay, or have entered the gay lifestyle?  Is it true that there are only two choices in the Church -- embrace homosexuality as acceptable within the Church; or boldly pronounce it as a Biblical sin?  You could sense the unspoken message that both CBS and the family wanted displayed ... the Church got it wrong and was culpable in how Tyler perceived himself.
As the Church, we must figure out how to stand boldly for God's Word, confirming all sins (including homosexuality), while maintaining the Apostle John's exhortation: If we say we have no sin [refusing to admit that we are sinners], we delude and lead ourselves astray, and the Truth [which the Gospel presents] is not in us [does not dwell in our hearts]. If we [freely] admit that we have sinned and confess our sins, He is faithful and just (true to His own nature and promises) and will forgive our sins [dismiss our lawlessness] and [continuously] cleanse us from all unrighteousness [everything not in conformity to His will in purpose, thought, and action]. 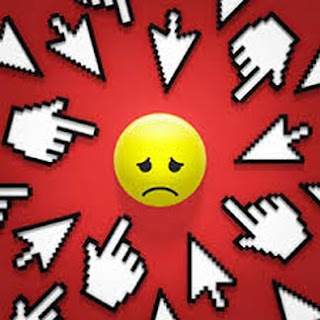 So while the focus of the Tyler Clementi Foundation (TCF) is to stop cyber-bullying, there are two aspects of their goals that concern me.  The first is the not-so-vague insinuation that the Church's conviction that homosexuality is a sin is a form of bullying, itself.  And this concept is voiced in the description of Jane Clementi's profile on the TCF website: Since losing Tyler, Jane's spiritual journey has continued to carry and transform her in ways she never would have imagined. She left her church home of many years because she felt that while sitting in the pews of a church that condemned LGBT people she was herself a bystander to bullying. Jane leads an inspirational life through her unique experience which she shares with other parents, and speaks passionately about the need to divorce the concept of "sin" from homosexuality.
Secondly, there is the TCF call to be an "Upstander", instead of a "Bystander", which when you read between the lines, leaves no room for disagreeing with their position on homosexuality.  If you state that, as a Christian, you think homosexuality is a sin, will you be accused of bullying?  As the website explains, "Progress requires a call to action. The Upstander Pledge is a powerful organizing tool that allows people to feel personally responsible for their actions, while educating the public. We ask tens of thousands of people each year to pledge to be "Upstanders" by intervening or reporting bullying, harassment or humiliation. Being a bystander to cruelty only allows the behavior to harm others."  So, what exactly will be the definition of "harassment" or "humiliation"?
There are many aspects of the Pledge that I emphatically embrace:  the compassion towards people that are bullied for any reason; refusing to remain silent when you see someone being bullied; offering support and encouragement to those who are bullied; and promoting professional help if the victim shows signs of suicidal thoughts or actions.
However, in the cultural climate in which we find ourselves, I can see where the radical elements and legal professionals in secular movements could distort some of the Pledge points, and the Church, specifically, could become a target.
For instance, there is a section titled If I see or hear behavior that perpetuates prejudice occurring... I will tell everyone who is in a position of authority in this group, such as a teacher, coach, caregiver, manager, or religious leader, about what I saw and heard and make sure there is follow-up... I will seek help from trusted friends, colleagues, professionals, and other resources if I don’t know what to do or need support to take action.
Our court system is beginning to see cases against business owners whose faith mandates that they not support same-sex marriage.  Can you see how there is a desire by TCF and the secular culture to dismiss homosexuality as a sin; and therefore, any church or religious person who maintains their faith will be "outed" as a bully?  Furthermore, it is made very clear that "follow-up" and "action" is expected in order to correct this mistaken idea of homosexuality as a sin.  What does that constitute, and where does it lead?  Fines? Lawsuits? Judgments against individuals, or worse?
I suspect that CBS was all too anxious to air this story and paint the Church as a partner in the bullying of Tyler Clementi and his family.  After all, we are expecting the Supreme Court decision on Same-Sex Marriage in the coming days or weeks, and as you will see in tomorrow's post, a vote in favor to redefine marriage, and to mainstream homosexuality, will have profound effects on this nation, our churches, and our society... Part 2 tomorrow.

Ephesians 4:29    "Let no corrupting talk come out of your mouths, but only such as is good for building up, as fits the occasion, that it may give grace to those who hear."
Posted by Pam Kohler at 7:00 AM

Email ThisBlogThis!Share to TwitterShare to FacebookShare to Pinterest
Labels: Our Culture., The Bible, The Church