Part 2: The Church, Homosexuality and Our Changing Culture 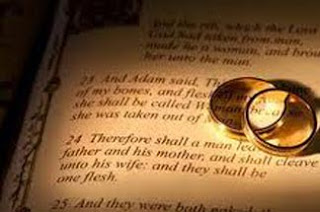 Whether we are willing to admit it or not, we are very likely going to see a dramatic change in the fabric of our society this summer if the Supreme Court decides in favor of same-sex marriage.  And between me and you, I think it is a foregone conclusion.  If SCOTUS doesn't flat out declare that traditional marriage, defined as between a man and woman, is no longer the standard for matrimony, it will reach a decision that makes anyone opposing same-sex marriage a violator of federal law under some "equality" qualifier.  So, while it may be presented as an issue of equal rights, it will soon become clear that the foundations of our churches, schools, charities, social institutions and the very foundation of our country will be transformed -- economically, politically, and spiritually.
The civil aspect of this issue has now eclipsed the moral consideration.  And need I remind you that our increasingly secular society has little regard for absolute morals?  We are being told that all our concern and opposition to un-Biblical mandates will have little or no effect on the nation.  But I would like to remind you of a statement by the Solicitor General of the United States, Donald Verrilli, in which he announced in arguments before the Supreme Court, that religious liberty is directly threatened by the legalization of same-sex marriage.
When Justice Samuel Alito asked Mr. Verrilli if educational institutions would be effected by their opposition to same-sex marriage, the Solicitor General responded, "It is going to be an issue."  We need to accept that opinion as likely, and we need to understand why.
A simple appreciation of this answer was expressed by Albert Mohler, President of Southern Baptist Seminary: “The loss of tax-exempt status would put countless churches and religious institutions and schools out of business, simply because the burden of property taxes and loss of charitable support would cripple their ability to sustain their mission.”
Let's take a broader look at that concept... we are all aware that the coveted 501(c)3 tax-exempt status has kept churches in line whenever they threatened to stand against the culture.  But think about how it will effect not only the church, but the millions of Americans who have come to expect that their charitable contributions to the Church are a safeguard against the formidable burden of personal taxes?  And it is not just the Church that would suffer should they decide to stick to their guns and oppose same-sex marriage.  Think of the faith-based charities around the world who meet the needs of the impoverished, natural disaster victims, and the educational and spiritual needs of untold people?  Will the donations continue if people can't write them off?  As sad as it is to admit, that is a part of the reason that people give to these organizations.
And if these organizations "go out of business", who will pick up the slack?  If it is the federal government, then guess who will ultimately be paying for it?  The American tax-payer.  And if the government is broke and can't find the funds, then think of the devastation to all those lives who will see no charity and receive no voluntary assistance.
Now let's take our argument a little further ... If Churches, Charitable Organizations, and Religious Schools and Colleges have their tax-exempt status revoked, they must become for-profit companies, right?  We've discussed how the cost of property taxes and the loss of charitable support will make that nearly impossible.  But do you see how that will effect their hiring practices, too?  As for-profit companies, how long before they have a lawsuit filed against them should they decide that their hiring policy for youth minister or marriage counselor doesn't include gay men or women?  So, does anyone else think that this is government-enforced acceptance of same-sex marriage; in effect, you are not allowed to exist as a business if you don't agree with the cultural agenda. 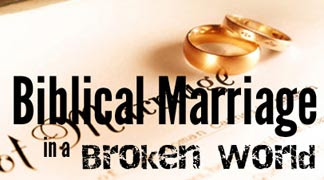 So are we looking at the last days of any vestige of religious liberty in this country?  Will the clergy be forced to perform same-sex marriages against their faith?  Will private religious schools or home-schoolers be forced to teach that same-sex marriage is acceptable; or that gender identity is up to the individual?  And if the Supreme Court decides to throw this hot potato to the individual states, how much confusion and contradictions will that cause; and how stable will our society be?  A house divided against itself cannot stand ... I'm just sayin'.  And if, in the future, the federal government decides to pass its own law, do the states' laws become obsolete?
It remains to be seen how the Faithful will respond if same-sex marriage becomes the law of the land.  How many Churches and Shepherds of God's flocks will capitulate in order to make it easy on themselves?  I guess we will see how committed to God's Word the mega-churches and their star pastors are.  And there is the question of Christian businesses; are they ready to close their doors, rather than be forced to make unholy concessions?
And finally, will we be allowed to express our religious beliefs in any manner that honors our faith?  Will those who claim we Christians have been so intolerant of their right to love another, be tolerant of our right to practice our faith?  I think we've seen what it has been like before any laws have been put into place. I shudder to think of the bigotry and hate that will be generated with the SCOTUS seal of approval.  Just read some of the scandalous comments at the end of an article on the Forward Progressives website to see what the godless think of those who uphold Scripture.  It will only get worse, once same-sex marriage is the law of the land.
We must look beyond the loss of 501(c)3 statuses and realize that this latest SCOTUS decision will seal the destruction of this nation that their decision on Abortion started.  It will erase the natural law of reproduction, opening scary alternatives.  It will erase the natural order of a family with influences by both a mother and a father.  It will stifle the ability of churches, religious institutions, and schools to rightfully teach the Word of God.  And it will cripple the economics of feeding the poor; serving the less fortunate; and raising moral, self-sacrificing citizens.
Secular society used to be consumed with the civil and legal aspects of same-sex marriage -- insurance benefits, taxes, and social security.  But when the Church began to compromise and suggested that civil "marriages" were acceptable, that wasn't enough.  The real agenda was to attack the Word of God and declare it null and void.   The question became, "If your God is a God of love, how can you deny the love that two men have for each other, or two women?"  The answer is simple and intractable ... Because God says "No!"  So the obvious solution by God's enemies is to declare the State above God, and those who refuse to bow to the laws of man will be bullied, harassed and humiliated.  Funny, isn't it, how these same injustices, which were denounced in yesterday's post, become defensible and permissible when it comes to persecuting Christians and their faith.
I guess, ultimately, we will see just how strong, authentic, and faithful the Body of Christ really is in America. In consideration of that point, my wise husband made this astute observation:  throughout history it has been the small persecuted Church where the Body thrives and God is exalted.  It is in that hostile environment where He is best able to work through His Holy Spirit -- not in the rich, safe, comfortable, compliant, State-sanctioned buildings, full of bench-occupying "Sunday-only" Christians.  That is what has got us to this point in the first place.  So ... if you believe that "the Word of the Lord endures forever", then we better prepare ourselves to endure some pretty harsh criticisms for not bending to the culture; and make a commitment to God that we will stand firm in our faith.

Mark 7:13    "Thus you are nullifying and making void and of no effect [the authority of] the Word of God through your tradition, which you [in turn] hand on. And many things of this kind you are doing."
Posted by Pam Kohler at 7:00 AM

Email ThisBlogThis!Share to TwitterShare to FacebookShare to Pinterest
Labels: Our Culture., The Bible, The Church