The Terasem Movement, Second Life & The Rise of the New Nephilim

Are you ready to go down some rabbit holes with me?  I often come across alarming headlines, but I have never encountered one which took me so deep into evil territory.  It read like it was science fiction, but I promise you the devil is in the details.  In fact, it was so incredible that, at first, I couldn't conceive that what I was reading was true ... could these things really be happening upon the earth, and how have we come so far towards something whose goal is to destroy mankind, as created by God?  So, with that warning, are you willing to look into the darkness that is pervading our world?  It's a journey that will shock your soul. 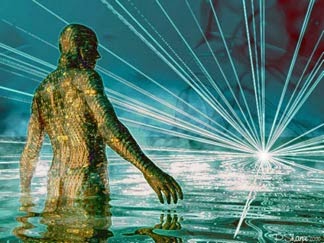 It began with a headline that read, Transhumanists In The Satanic Temple Admit They Are Part Of Plot To “Technoprogressively” Replace God-Created Humans.  In case you are unaware of what the term "Transhumanist" means, here is the official definition:  Transhumanism (abbreviated as H+ or h+) is an international cultural and intellectual movement with an eventual goal of fundamentally transforming the human condition by developing and making widely available technologies to greatly enhance human intellectual, physical, and psychological capacities.  It is essential that you read between the lines ... using technology to "greatly enhance" and "transform" the human condition is code language for merging humans and computers; creating cyborgs or hybrid human/computers, if you will.
Now that we know what we're dealing with, let's go back to the original article on The Satanic Temple and their affiliation with Tranhumanists.  The link to the full article took me to a website called Institute for Ethics & Emerging Technologies, and introduced me to the author, a self-proclaimed atheist, who says he is "like many other Transhumanists."  In claiming his atheism, he also made a statement that raised the hair on the back of my neck.  Although acknowledging that he is not a religious person, he says he recognizes "the importance of unity that the Transhumanist movement is providing with the religious community"; even to the point of naming such co-opted Transhumanist-oriented religious organizations  as the Mormon Transhumanist Association, the Christian Transhumanist Association,  and Terasem, among others.  (I will return to who or what "Terasem" is later in this article).
The author further reveals that one of the goals of Transhumanists is to unite with the religious community in "a fight for equality and social justice".  We've heard those words used often in political vernacular, but the philosophy goes far beyond that to an arena these people call "Technoprogressivism".  Just what is that?  Here is their definition:  "Technoprogressives support the rights of persons to either maintain or modify his or her own mind and body, on his or her own terms, through informed, consensual recourse to -- or refusal of -- available therapeutic or enabling biomedical technology."  Let me put that into simple-to-understand terms ... it involves integrating computers with the human body, and converging technology with "democratic social change".
In case you're thinking that the Church and social change are incompatible with technology, consider this:  how many of our churches have corrupted Jesus's message of "social justice" to fit their political motives?  And how many of our churches have incorporated the latest technological advances to keep their audience entertained?  And now these Transhumanist organizations are co-opting the Bible's message of "transformation" to form their own "religion", and try to convince us that Christianity IS Transhumanism!  Don't believe me?  Here's a few statements from an article written on their website: 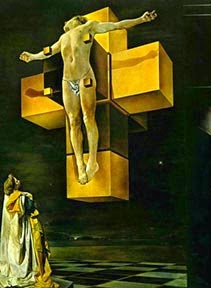 •  It’s not just that [Christianity and Transhumanism] are compatible. Christianity is a distinctly transhumanist viewpoint that sprung up in the first century, and set out to reshape both the world and human nature.
•  Transhumanism…affirms the possibility and desirability of fundamentally transforming the human condition…to greatly enhance human intellectual, physical, and psychological capacities.  This is the philosophical core of transhumanism, and the fundamental core of the biblical story – a narrative which from back to front is an expression of the idea of human identity as perpetually fluid and self-transcendent.
•  In Christianity, our transformation is fueled by God. In transhumanism, we desire to transform ourselves ... Grace is the thing which enables us, which empowers us to do what is needed ... But this grace wasn’t given us so that we would stagnate, refusing to act ... this grace was given us so that we would act, and in acting, contribute something to others, a further grace for the broadening of possibility and the future.
•  In Jesus we see the unification of the human and the divine, the embrace of both our physicality and our limitlessness. Jesus shows us that our world is not to be abandoned, but transformed; that life is not futile, but full of hope. In his bodily existence, he affirms our science, our technology, our medicine, our present reality and our future potential.  And so every end in Christianity is the end of boundaries, the end of constraints, the end of limitations. Every end is a possibility, drawing us past the hopelessness of short-term thinking, past the mentality of current limits, and toward the eternal rise of life, compassion, and progress.  This is Christianity, and this is Transhumanism.  (You might be interested to know that the writer of the article describes himself as "a preacher's kid", a rock musician, and a developer of software who writes about the intersection of human values and technology.) 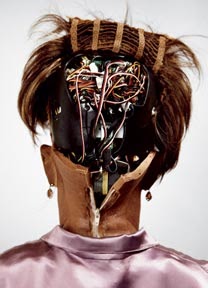 Take note that what you have just read is a rather benign and "soft sell" approach to convince Christians to embrace a new and "technologically advanced" future; one in which God may not play as important a role in living eternally.  But I now want to take you one more level down the rabbit hole ... and it is called The Terasem Movement.  Remember that I told you The Satanic Temple has integrated itself into this organization.  And here, in unrestrained language is what they promote:  1)   a conscious analog of a person may be created by combining sufficiently detailed data about the person (a “mindfile”) using future consciousness software (“mindware”), and 2)  that such a conscious analog can be downloaded into a biological or nanotechnological body to provide life experiences comparable to those of a typically birthed human.
They don't even hide their intentions: "One of the more controversial ideas of transhumanism is the notion of mind uploading where the essence of a person, their mind, would be transferred to a computer. A related but less ambitious project is constructing a simulated “second self” or mind-clone to continue your personality, work and relationships after death."   In other words, they are creating clones who have human minds downloaded into them; a virtual "you" that will live forever!
Can you see how Satan is in the background of Transhumanism and these various movements and organizations; convincing people -- even those who call themselves Christians! -- that technology can take us places we've never been.  They are convincing us that we can create our own eternal life; we don't need Jesus or God.  Satan has even been able to convince the world that he offers a new and exciting "religion"!   (For a truly frightening picture of the Terasem "world" and its implications -- from "Second Life", to android clones, to its adoption as a "religious denomination" -- read this!)
Are you getting the picture?  Each link takes you down a deeper and darker path.  The attack against the Body of Christ is coming from so many directions!  On one front, they try to equate Christianity (which is founded on believing that Jesus is the Son of God who died for our sins; that He was buried and resurrected; that He offers us Salvation and Eternal Life) with "a cultural and intellectual movement" that wants to transform humans by integrating them with computer parts! How dare they compare my faith in the Lord with their godless and "false religion"!!! 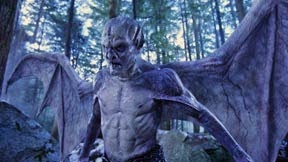 And just because The Satanic Temple has been able to get themselves legally declared as an "organized religion" and produced some official sounding tenets, does not put it on equal footing with Christ's Church.  It is simply the same deception the devil has proffered throughout time.  It is no different than the "fallen angel technology" that was offered to build the Tower of Babel; or that was used to build the Great Pyramids.  And it is the same old counterfeit lies that Satan told Eve in Genesis 3:  "You will live forever...  You will be like God (or your own god in today's language)...  You will have all knowledge."    The Satanic Temple, Transhumanists, the Terasem Movement, and other false belief systems say they are fighting "religious injustice" and their goals parallel other religious movements that are seeking justice, equality, freedom, and a brighter, more optimistic future.
Once again, Satan has managed to lure mankind through his inherent selfishness and arrogance.  Once again, we are being tempted to believe we can be greater than God, and we don't need His saving Grace.  The question is this ... Will God rescue mankind once again?  Or is this the last rejection and rebellion that God will allow?  You will recall the time in the Bible when God's original creation of man was corrupted, and it resulted in The Flood.  How arrogant of men to challenge God again!  If we continue to listen to Satan's whispers and proceed down this path towards creating our own immortality, it will surely lead to Damnation.
I have pulled back the curtain and showed you what is coming.  Do not be lulled into thinking that these movements are too extreme to ever be accepted by the Body of Christ.  They start innocuously, and appear as harmless and innocent theories; but no one can deny that technology has overtaken our culture and is invading every facet.  Please strengthen your faith and educate your fellow Christians.  If you see signs of any of this in your Church, shine the light of Jesus upon it and expose it!  It is coming faster than any of us can imagine.

I wish I had the time to comment on all the disturbing places that my research took me.  Each link led to a more frightening connection.  In order to gain a fuller knowledge and understanding of this underworld that is spawned by such culturally acceptable icons as Ray Kurzweil and his Singularity movement, I urge you to follow all the links I have provided.  Do your own research and let me know what you think.

2 Corinthians 11:3    "But I am afraid that, as the serpent deceived Eve by his craftiness, your minds will be led astray from the simplicity and purity of devotion to Christ."