It's All About The Lie

Want to understand why the world is in such an awful state?  It's all about the lies.  According to author and political activist, David Horowitz, the radicals within our government institutions have followed Saul Alinsky's Rules For Radicals quite well.  Horowitz should know.  His parents were members of the American Communist Party, and he, himself, was an outspoken adherent of the "New Left" in the 1960's; working to agitate for class struggle, even to the point of becoming closely involved with the Black Panther Party.

So when he says the Alinskyites seek a "utopia" on earth where social justice and equality for all is to be achieved at all costs, he has the credentials to back up his opinion.  In fact, he is quoted in his writings as saying, "If the radicals' utopia were actually possible, it would be criminal not to deceive, lie, and murder to advance the radical cause which is, in effect, a redemption of mankind. If it were possible to provide every man, woman, and child on the planet with food, shelter and clothing as a right, if it were possible to end bigotry and human conflict, what sacrifice would not be worth it?" 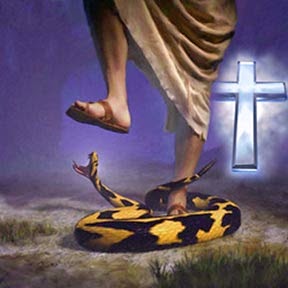 And while we're talking about Saul Alinsky, just read the dedication he wrote for his notorious book:  "Lest we forget at least an over-the-shoulder acknowledgment to the very first radical: from all our legends, mythology, and history (and who is to know where mythology leaves off and history begins — or which is which), the first radical known to man who rebelled against the establishment and did it so effectively that he at least won his own kingdom — Lucifer."  How fitting.  The mentor to so many of our political leaders pays homage to the Father of Lies!
And we cannot consider the effect of lies on the state of the world without taking a look at Islamic Law:  Reliance of the Traveler (p. 746 - 8.2) -  "Speaking is a means to achieve objectives. If a praiseworthy aim is attainable through both telling the truth and lying, it is unlawful to accomplish through lying because there is no need for it.  When it is possible to achieve such an aim by lying but not by telling the truth, it is permissible to lie if attaining the goal is permissible (N:i.e. when the purpose of lying is to circumvent someone who is preventing one from doing something permissible), and obligatory to lie if the goal is obligatory... it is religiously precautionary in all cases to employ words that give a misleading impression ... (One should compare the bad consequences entailed by lying to those entailed by telling the truth, and if the consequences of telling the truth are more damaging, one is entitled to lie.)  The two forms of acceptable lying are Taqiyya - Saying something that isn't true, and Kitman - Lying by omission.
One cannot deny that the inherited freedoms of our nation have suffered due to the amoral principles of the radicals in politics.  And it is equally apparent that the ideology of radical jihadists is contributing to widespread terror across the world.  Now compare what the Lord Jehovah has to say on the subject:  There are six things that the Lord hates, seven that are an abomination to him: haughty eyes, a lying tongue, and hands that shed innocent blood, a heart that devises wicked plans, feet that make haste to run to evil, a false witness who breathes out lies, and one who sows discord among brothers.  Could there be any greater dissimilarities between these three belief systems?  In fact, the Bible says it is impossible for God to lie (Hebrews 6:18).
Furthermore, God is the source of Truth, and His Son, Jesus, called Himself the way, the truth, and the life (John 14:6), and He expects those who follow Him to be people of truth.  Just think of how much destruction has come upon the world since that first lie was told to Eve in the Garden.  Nothing good has ever come from a lie told in order to deceive for wicked purposes.  Our current reality finds us reaping the consequences of generations of lies from the one whose very nature is false; the one whose lies will be his undoing.  Call on the Lord who is Truth; whose Word will set you free, and whose righteous rule will endure forever.

John 8:44    "You are of your father the devil, and your will is to do your father's desires. He was a murderer from the beginning, and has nothing to do with the truth, because there is no truth in him. When he lies, he speaks out of his own character, for he is a liar and the father of lies."