He Is So Good!

I will tell you, with Ebola and ISIS foremost on people's minds these days, it is not often that you get to have an unexpected conversation about the miserable state of the world and wind up feeling positive and energized.  But that is exactly what happened to my husband and I yesterday.
It seems that Peace-Loving Warrior just doesn't recover from physical injuries like he used to when he was younger.  Granted, it's not easy to be doing repair work on a steep tin roof when the overcast sky suddenly decides to turn sunny; especially when you're barefoot (which affords better traction on the slippery surface).  That roof can go from zero to 100 degrees in a matter of seconds... hence, his jump from one elevation to another, and his unfortunate landing on one of the seams of the tin roof.  The result has been ongoing pain in the ball of his foot.  And that led us to a visit to a local Podiatrist, and a most interesting morning. 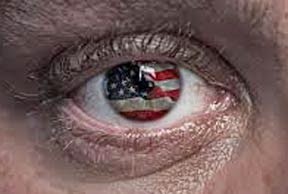 After some idle chitchat, the conversation turned to the realization that we all shared certain concerns for the country, our communities, and our families.  But how many conversations have you had with a virtual stranger that began with "The fact that this country exists is due to a series of miracles; God had a purpose for this nation"?  The good doctor then went on to expound upon his theory ... he truly believes that this nation came into being to propel the spread of the Bible around the globe.
With a series of questions, he began to explain his premise.  "Who is primarily responsible for the explosion of technology in this age?"  Although computer scientists from Belgium and England are credited with inventing the World Wide Web, it was Americans (like Robert E. Kahn) who invented the Transmission Control Protocol and the Internet Protocol, the fundamental communication protocols at the heart of the Internet, and who were the real internet pioneers.  Microsoft, Apple, Google and Facebook soon followed, and the United States has virtually exported the internet to the world.
His next question was, "So, isn't it now possible for someone like Billy Graham to preach a sermon that can be translated, via the internet, into any language in the world, and be heard by millions at the same time?"  We had to agree.  It could certainly be hypothesized that America had served a purpose in spreading the Gospel.  But the intelligent Foot Doctor was quick to point out that this did not mean that America was exempt from God's judgment.  He then pointed out that sinful nations such as Egypt and the Babylonian Empire had been used by God to serve His purposes, and we should not look upon our "favored status" over the last 200 years as a sign that God will be pleased with us in these Last Days.
Our conversation then progressed to a more personal, introspective nature.  So, what is to be our response to what we see coming upon this nation and the world?  We all agreed it is to be prepared as best as we can, not counting on being "raptured" out of the unpleasantness that we are sure to experience.  If God did not spare His Chosen People, the Jews, during their seasons of disobedience, then what makes us arrogant American Christians think that we will escape His judgment?  It could be quick and immediate ... events like Ebola, or ISIS attacks in the Homeland, could certainly become agents of His "terrible, swift sword", couldn't they?
So, all the beans and rice, and prepper supplies we've accumulated; all the new skills and new knowledge we've acquired... what has it been for?  Has it really been to save us, or will they become tools with which we can reach one more person for His Kingdom?  Personally, I have an opinion about every written note in my Bible; every notebook filled with lesson plans for the Books of Revelation, Daniel and Romans that I've shared in the past 3-4 years; copies of my book, and my notes on the Lord's Feasts --- I think that no matter what happens to me, they will be left behind, hopefully to be found by someone who needs to hear the message about what Jesus has done for them.  In fact, PLW has been painstakingly copying his newfound and extensive knowledge into a journaling Bible that will be sure to bless anyone who finds it.
At the end of our visit -- which would have gone on for much longer, if the nurse hadn't stuck her head in to remind the doctor that he had other patients to see -- we felt as if this meeting was ordained.  We left the outpatient clinic feeling renewed and confident that we are serving a purpose; both for our God and our fellow man.  In these days, months and years of anticipated pessimism, we must not lose sight of a Plan that is greater than any single one of us.  Let chaos reign all around us; we know why we are here and whose path we are to follow.  Thank you, God, for your blessings and encouragement today!