The Pope, Poverty, and Social Justice

It's sometimes hard for me to comprehend the world in which we live; for instance, who could have foreseen the Pope using Twitter to express His opinion on a theological matter?  Please don't be offended; it is not my intention, but ... somehow it seems below The Sovereign Pontiff's dignity.  Shouldn't the religious leader of more than 1.1 billion Catholics be separate from this world system?  Maybe, it's just me.  But it is not his method of communicating that I would like to discuss today.  I would like to respectfully comment on his answer to the following question, What is the root of all social evil? 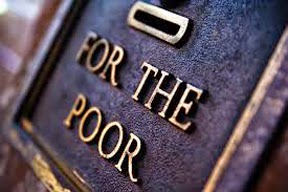 Before we get to his answer, the Pontiff's Twitter campaign included statements "that every individual must realize the responsibility he or she has to help those in need", and "None of us can think we are exempt from concern for the poor and for social justice."  I totally agree!  As Jesus said, "For you always have the poor with you, and whenever you want, you can do good for them" (Mark 14:7).  Concern for the poor should be a natural outpouring of our relationship with God.  But it's that controversial phrase "social justice", that must be defined in terms of our faith.
In fact, the term is so politically charged, that I'm pretty sure that most people confuse its modern-day context with its Biblical significance.  In today's lexicon, Wikipedia has given us a complex idea of what "Social Justice" means:  Social justice is a concept that some use to describe the movement towards a socially just world. In this context, social justice is based on the concepts of human rights and equality and involves a greater degree of economic egalitarianism through progressive taxation, income redistribution, or even property redistribution. These policies aim to achieve what developmental economists refer to as more equality of opportunity than may currently exist in some societies, and to manufacture equality of outcome in cases where incidental inequalities appear in a procedurally just system.
Did you notice three very important phrases in this definition?  By definition in today's world, Social Justice aims towards "economic egalitarianism", "equality of opportunity", and "to manufacture equality of outcome".  In other words, adherents of this economic concept believe in a principle that all people are equal and deserve equal rights and opportunities, and it is society's responsibility "to manufacture (make/create/construct" a fair outcome for everyone.
As a political doctrine, there is some justification in the idea of Social Justice... all people should have the same (equal) political, social, economic and civil rights. This idea is based on the foundation of inalienable human rights enshrined in such documents as the Declaration of Independence.
But when applied to an economic doctrine, the idea of Social Justice is most often coupled with "manufacturing" equality through redistribution of wealth, confiscation of property, social welfare programs, etc.  These are the hallmarks of communism and socialism.
Please understand this ... the command is to us, as individuals, not collectively as a society.  Where is the opportunity and the choice to "love your neighbor as yourself", if it is forced upon you by law? 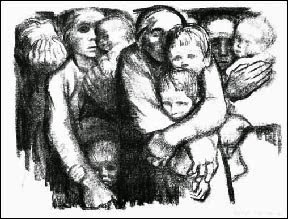 So does Social Justice exist in the Bible?  First of all, Deuteronomy 32:4 says that "all God's ways are justice"; He is a God of Justice -- including Social Justice.  He commands us to care for the sojourner (traveler), the fatherless (orphans), and the widows -- people that are unable to fend for themselves, or have no support system.  We each have a moral obligation, as individuals, to care for these poor who may be unable to care for themselves.
Another difference between the Biblical and Modern concepts of Social Justice is this: today’s social justice operates under the assumption that the wealthy exploit the poor.  Wealth in itself, is not evil in the Bible.  We are called to be good stewards of what God gives us, and wealth can be a great blessing by which you are able to bless others.  Furthermore, Biblical social justice, in the form of Christian charity, comes from the heart; it is how we choose to share our time, treasures, and talents.  Social Justice, today, would have the government accumulate the redistributed wealth and decide who gets what.
The bottom line for me is the fact that social justice is a moral duty to fellow citizens who find themselves in a state of poverty and need a helping hand.  It is not forced distribution of what I have earned to those who choose to live in poverty because it has become a lifestyle.  The former leads to a display of love and gratitude; the latter to resentment and entitlement.  One method is a God-centered approach, while the other is a man-centered system.  When you define social justice by God's standards, Jesus Christ is the Savior of the poor.  When you apply social justice through man's machinations, the government becomes the savior.
So back to the original purpose of this post... what was the Pope's answer to the question, What is the root of all social evil?  In one word, he said it was Inequality.  In his second major teaching document, the Pope is quoted as saying, "Money must serve, not rule!" and "“The Pope loves everyone, rich and poor alike, but he is obliged in the name of Christ to remind all that the rich must help, respect and promote the poor.”  It remains to be seen what he means by that small, but important word must.  Does he mean we ought to or we should help the poor, out of the love of our hearts?  Or does he mean we should be required or be compelled to help the poor by government mandates?
Only Christ, upon His return, will execute "perfect" justice.  Until then, I choose to follow His example and give freely from my blessings and from my heart.  It is His model that benefits all men.

James 1:27    "Religion that is pure and undefiled before God, the Father, is this: to visit torphans and widows in their affliction, and to keep oneself unstained from the world."