A Different Kind of Prepping

Maybe you've noticed it, too.  In 2008, the term "Prepper" was fairly new in our lexicon; and to be honest, it didn't exactly have a favorable connotation.  More than likely, if you considered yourself one, it meant that you were part of a fringe group of fruitcakes who hoarded buckets of beans and rice, balls of string, and stacks of toilet paper.  The rest of the world thought you were paranoid and delusional.  It was OK for Bear Grylls to eat insects and imagine being stranded in a desolate location, but most Americans were living comfortable, affluent lives and saw no need to take such drastic steps. 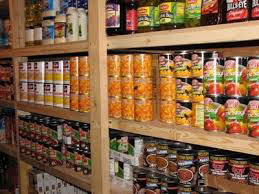 By the year 2010, "Prepper" had become more mainstream, with literally millions of Americans coming on board our "crazy train".  Businesses that catered to "emergency" stockpiles of food flourished, and "sustainable living" became a worthwhile goal.  We returned to traditions and skills of the past, with women (like me) learning to can food, make soap, and garden.  The failing economy had a lot to do with convincing our neighbors that it might not be a bad idea to plan for a "rainy day".  And the increasing instability in our nation and the world told us that our laissez-faire attitude about our future needed to change.  It was becoming important for us to prepare to protect our families; not only for financial hard times, but for personal safety, as well.  The label "Prepper" was becoming both credible and necessary.
But now, as we near the mid-point of 2013, you've either made the transition to a "prepper" mindset, or you haven't.  If the state of the world and the nightly news hasn't convinced you of the need to prepare your family for a decisively different destiny, then I'm afraid there is no reaching you, and no amount of persuasion is going to convince you of your vulnerability.  I'm pretty sure that all those who have the aptitude to see our situation clearly are members of our "Prepper Nation".
However, as of late, I am seeing a new dimension of prepping on the rise.  Instead of material and instructional preparation, there is a growing movement of "spiritual" prepping.  Maybe it is a natural consequence of having all your ducks in a row when it comes to your food, supplies and personal protection.  Perhaps that frees your mind to begin considering your soul.  Most likely, the process is different for different people, but I am witnessing an increase in people who realize that they now want to be prepared to meet whatever we might face spiritually. 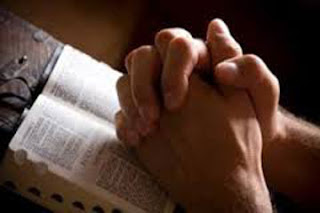 People I would have only known in a social manner or setting are now engaging PLW and myself in deep discussions on spiritual preparation.   They are reading their Bibles and know what time it is.  They are worried about their children and grandchildren, and their ability to withstand the enemy that is coming against them.  We are hearing testimonies of "messages from God" and an overwhelming awareness on the part of these individuals that they need to be ready, willing and equipped for spiritual battle.  That is the definition of Preparation.  And this is the area in which I urge all who consider themselves "Preppers" to concentrate their energies.  You've secured your food supply, your skills and your safety.  Please make sure you strengthen and fortify your faith!
You have accumulated all these things and abilities to ensure that your family will be sheltered from the coming storm.  But what is the point of gathering all this food and tools, if you are going to leave your spiritual pantry empty?  If you have not considered their spiritual well-being, you have left them vulnerable and defenseless.  Provide them with the ultimate security.  Become a "Spiritual Prepper."

Psalm 23:5    "You prepare a table before me in the presence of my enemies; you anoint my head with oil; my cup overflows."
Posted by Pam Kohler at 7:00 AM