You know that my tin foil hat is always only an arm-length away, right?  And if you've read enough of my posts, then you know that I find it uncommonly coincidental that the movie industry seems to forecast what the government has in its planning stages long before the framework becomes reality.
Such is the case of the mildly successful movie, Minority Report, starring Tom Cruise.  Supposedly, one of the themes of the sci-fi movie was the role of preventive government in protecting its citizenry, as exemplified by the ever-present eye-flashers that identify everyone who walks through a public plaza; targeting ads at them and feeding the police information about their every move.  Now who would ever have a problem with that? 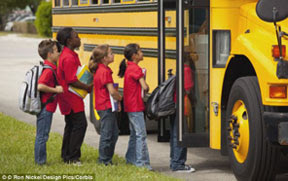 Well, apparently parents of elementary students in Polk County, Florida, did when they found out that their children’s irises had been scanned without permission as part of a new security program.  Several schools, ranging from high school to grade school took part in a program called Eye-Swipe Nano, in which officials from Stanley Convergent Security Solutions took iris scans of students between May 20 and 22.  But here's the problem .... the letter allowing parents to opt out wasn't sent until May 24th.  Some lame excuse about a secretary's medical emergency causing the delay isn't cutting it with parents.  One parent took to Facebook, posting: ‘This is stolen information, and we cannot retrieve it.’
School Board members praised the program, calling it just another layer of security for the students.  And supposedly, the pilot program has been suspended and all records and scans from the program have been destroyed.  Yeah, riiiight!
But lest you think that this is some new untested technology that is still on the horizon, you might be interested to know that it's nearly standard practice in other parts of the world.  According to an article on TheVerge.com, hundreds of millions of people in India have been iris-printed, along with thousands of Iraqi civilians and anyone who goes through customs regularly in Dubai. It's the gold standard of a modern ID program, easier than fingerprinting and more stable than facial recognition. All you have to do is look at the camera and open your eyes. And unlike in retinal scans, the scanner doesn't need to be up close. It's just a photograph, taken in infrared, which in theory could work if taken from across the room.  ((That makes me feel secure about my privacy!)
And it only makes sense that with all the talk in the halls of Congress of "a national ID program", that this type of technology is a shoe-in for keeping track of our every move, a la Minority Report.  It goes without saying that civil libertarians are not happy. 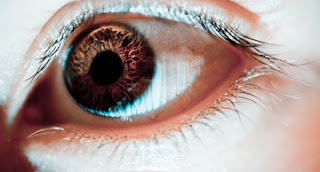 "The concern is that biometrics will be used for the mass tracking of individuals," according to Jay Stanley of the American Civil Liberties Union. "If that kind of ID system becomes routine and widespread, it turns us into a kind of checkpoint society." Even in India, the system is still only used at police stations and government offices, but once the print is connected to a universal ID, it's easy to imagine iris scans becoming as commonplace as pulling out a driver's license.
Who among us can't imagine the misuse of such a universal ID program in the hands of an oppressive regime?  This technology has progressed from military use (to track "friendlies" in Iraq) to local law enforcement in India and Mexico, and has now appeared in our school systems.  How long before it is mandated for every citizen?  Perhaps this information is part of what will be housed at that big data bank in Utah; you know .... the one that the government insists is benign (wink, wink).  Sorry for the sick humor; I simply couldn't resist.  Keep your eyes wide open on this one, folks!

Mark 8:25      "Then Jesus laid his hands on his eyes again; and he opened his eyes, his sight was restored, and he saw everything clearly."