Persecution Around the World: It's On Our Doorstep

In response to yesterday's post, one of my faithful (and very intelligent) readers commented on a little publicized situation.  He pointed out that the Christian Copts of Egypt are fleeing persecution in the wake of the rise of the Muslim Brotherhood.  He further suggested that our government is none too willing to open our doors and welcome them to the "land of the free", for fear that it might offend our Islamist "partners".  This isn't the first time our political leaders have considered denying safe haven to those fleeing religious persecution, and it reminded me that we might be flirting with a repetition of a disgraceful episode in our national saga.
About.com provides a detailed history of a shameful chapter in the American narrative.  Here is the short version:  May 13, 1939, the S.S. St. Louis left Hamburg, Germany for Havana, Cuba carrying 937 passengers, most of whom were Jews fleeing Nazi Germany. Most had applied for a visa to the U.S. and were planning on only staying in Cuba until able to legally enter the U.S. During the two weeks it took the St. Louis to cross the Atlantic, the political climate in Cuba changed drastically. These changes in Cuba caused the landing permits held by those aboard the St. Louis to become invalid.  Denied entry into Cuba, those aboard the St. Louis begged the United States and other countries to let them in. Although newspaper reports sympathized with the refugees, no non-European country would allow them entry. On June 7, 1939, the St. Louis headed back to Europe, delivering many of its Jewish passengers back into the hands of the Nazis and their inevitable death in concentration camps.
This is a scenario that is likely to be an increasing phenomenon as Christians around the world flee persecution and turn to the U.S. for asylum.  Just as my afore-mentioned reader's Church welcomed Vietnamese refugees, The Telegraph reports "Coptic Christian churches in the United States say they are having to expand to cope with new arrivals, as priests in cities like Cairo and Alexandria talk of a new climate of fear and uncertainty."  In 2010, at the beginning of the Arab Spring, many Muslim faith leaders and churches actively showed their support for inter-faith unity.  But, in the wake of President Morsi's election and the victory of the Muslim Brotherhood in parliamentary elections, the mood in the country has changed.  The implementation of Sharia law is now front and center.  Needless to say, the Coptic Christians in Egypt fear persecution.
They aren't the only ones.  The Baptist Press published a report of heightened religious persecutions of Christians throughout Sudan.  This persecution includes government bombings at the end of 2012 that killed at least 11 Christians and included the arrest of two Coptic Orthodox priests for baptizing a convert from Islam.  Villages are bombed, Christian church leaders are arrested, and Islamic extremists call for aggressive government action to rid Sudan of Christianity.  The report states that these attacks have left ethnic Nuba Christians questioning the international community's presumed silence over the persecution in Sudan's Nuba Mountains. 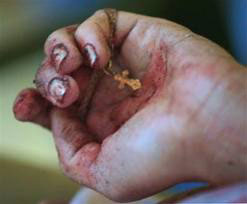 The website, Christianity Today, reveals that Al Shabab, an al-Qaeda affiliated militia, has begun using young men from predominantly Christian ethnic groups to attack churches in Kenya.  "[Jihadists] have changed their recruitment tactics," said Wellington Mutiso, head of Evangelical Alliance of Kenya. "Instead of enlisting from predominantly Muslim communities such as the Somali, Boran, and others, they are targeting those from tribes that are majority Christians, such as the Kikuyus, Luos, and Luhyas."
According to the website, hundreds of Kenyan youths who converted from Christianity to Islam—and then went to fight alongside jihadists in neighboring Somalia—are returning to their home churches to wreak havoc and bombings.  Due to the high rate of unemployment, the former Christian youth were easily tempted with money to convert to Islam.  How like the Devil to corrupt a Believer and convince him to attack his brethren.
In just the last few days there has been a growing concern for the safety of a Christian Iranian-American pastor, Saeed Abedini.  Pastor Abedini has long been targeted by Iranian authorities for helping underground churches in Iran and for his charity work.  He has been in jail in Iran since July, 2011, suffering beatings and severe interrogations.  Next Monday, January 21st, is the date set for his trial in Tehran, and he has expressed to his wife that he fears the death penalty.
An added danger in this case is the fact that Pastor Abedini's case was also recently transferred over to a notorious "hanging judge" in Iran, named in 2011 by the European Union as an individual subject to sanctions for human rights violations for sentencing a number of human right activists to death.  The Christian Post states that the U.S. State Department recently revealed its "serious concerns" for the pastor's imprisonment, but stopped short of calling for his immediate release. The American Center for Law and Justice has urged the State Department to take a stronger stand on the issue and offer better protection for Americans persecuted in other countries for their Christian faith.  But as my faithful reader informed us, our government is more interested in being "politically correct" and not offending Muslims, than it is in protecting American Christians.  How long before we have to worry about such lack of protection in our own country? 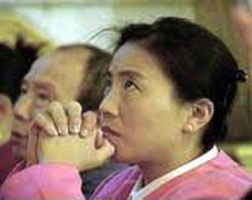 As Christians, we have one bit of news to celebrate in the world.  Apparently Chinese Christians, long persecuted by their atheistic Communist government, have embraced the internet and blogs to express their faith.  Again, The Baptist Press, along with World Watch Monitor, reports that the youth of China are beginning to challenge censorship by speaking out against religious persecution.  They are sharing their Christian faith on Weibo, China's giant state-regulated social network.  But as China's Christians become more courageous in pronouncing their faith online, one has to wonder how far the state-regulated website will allow them to go?  These sources remind us that China still ranks among the top 50 worst persecutors of Christians in the annual World Watch List published by the Open Doors religious freedom watchdog group.
And as online users here in America fear, what is to keep the State from monitoring who is using the site?  After all, China's government is only too aware of how the internet was used to encourage participants in the Arab Spring.  There are 14 million "Registered Believers", sanctioned by the State in China; and over 60 million Believers participating in unregistered and illegal home churches.  You can see how the combination of Christianity and the internet would be heavily scrutinized by China's cyber police. That being said, all Christians should celebrate the spread of our faith in China by these bold bloggers, who risk suspicion, surveillance and arrest.  Please pray for their continued safety and the spread of the Gospel.
In summary, I wanted Americans to realize that we have taken the expression of our faith for granted for far too long.  Those being persecuted in far-flung corners of the world still see America as a refuge from religious persecution.  But are we?  Will we welcome these persecuted Christian brethren to our shores?   Will we continue to be a Christian nation?  I ask you to consider this:  Once we saw the Ten Commandments on every courthouse lawn, and the Lord's Prayer in every classroom.  Now we have to fight in court to be allowed to openly demonstrate what our Founding Fathers viewed as our natural right.   Tomorrow I will show you just how far away we've moved from that ideal.  It's time to join the Christians of the world and be bold in proclaiming our faith in Jesus Christ!

John 15:19, 21     "If you were of the world, the world would love its own; but because you are not of the world, but I chose you out of the world, because of this the world hates you.... But all these things they will do to you for My name’s sake, because they do not know the One who sent Me."