It seems that world events are hitting on all cylinders.  The economic woes of Spain are resulting in violence in the streets.  Hardline radicals on both the far-right and the far-left are clashing with authoritarian police during riots and protests, leaving many innocent victims caught in the middle.  A global economic slowdown is affecting the financial systems of both Japan and China, while the value of the Euro is still falling, and the U.S. dollar index fell by 4.3%; the most since the first quarter of 2011 (Bloomberg).  I saw a headline in BusinessWeek that read, U.S. Fiscal Cliff Endangers World Economy.  The Managing Director of the International Monetary Fund (IMF) warned that U.S. tax increases and spending cuts, set to take effect next year, pose one of the biggest risks to the world economy. 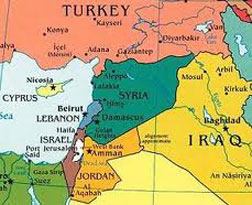 The Middle East is poised for imminent warfare.  The situation in Syria threatens to pull the U.S, and its European and Arab allies into a conflict with Russia, China, Iran and Hezbollah.  In the midst of all this wrangling, Al-Queda is "bleeding through the cracks", and making its presence known in this civil war-torn country, as well as in Libya and other countries in North and East Africa.  The growing number of battle ships in the Strait of Hormuz and near the Persian Gulf is not a good sign for world peace.  A headline in The Jerusalem Post reads "Russia Warns NATO to stay away from Syria".  Another of their headlines quotes Iranian government officials as saying "To Annihilate Israel, We Just Need 24 Hours and an Excuse."
But the Middle East is not the only hotbed of war rumors.  Reuters reported that Korean Peninsula Could Face 'Thermonuclear War'.  The hostility between North Korea and the U.S. continues to threaten the stability of the world.  Although North Korea is under UN Security Council sanctions for its nuclear tests, it has not backed away from using the threat of nuclear war to bolster the country's leverage among world powers.

War and the Economy are not the only headlines that occupy news outlets.  Earlier this summer, the Washington Post quoted the U.N. in their headline, Famine In Somalia Is Killing Tens of Thousands.  Increases in food prices, drought and civil war have all contributed to the climbing numbers; mostly among children.  Disease usually accompanies famine, but you don't have to be a Third World country to become victim to viruses and illness.  CNN reported West Nile Virus Outbreak Largest Ever in U.S.  And The International Business Times ran the following story:  Vomiting Virus Outbreak: 8400 German Children Affected; Exact Cause of Outbreak Still Unknown.  Combine these headlines with those that proclaim outbreaks of Ebola and the SARS virus, and it's enough to make you want to stay in bed and pull the covers over your head. 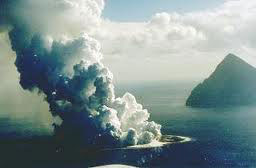 And lest we forget Mother Nature, earthquakes and volcanoes are grabbing headlines, too.  JapanToday, an online news outlet, reported just two days ago, Two Strong Quakes Jolt Northern Japan.  Both a 6.2 and a 5.1 magnitude quake shook the already-devastated nation, and set the world's teeth on edge as everyone keeps their focus on Fukushima.  Volcanoes are erupting in Central Indonesia; and all eyes are on the Canary Islands, just off the northwest coast of mainland Africa, as seismic and volcanic activity remains elevated.
Maybe my pre-occupation with all these news headlines is just part of what some would call my "evangelical paranoia", but it just seems as if all these events are happening at a greater and faster pace, and are converging to send the world into a downward spiral.  I know that news of wars, and economic crises, and famine and disease, and geophysical events is not new.  But there are those of us who feel all these occurrences are happening on a supernatural level.  I know that sounds crazy and preposterous; and Lord knows I can't substantiate it.  But suffice it to say, that I have an awareness I have never felt before; a "sight picture", if you will, that is connecting the dots among all these events.
Do I know where all these leads, or what will happen next?  Don't have a clue.  I just pray everyday that God will give us one more day to alter our course, and go down a different road.  I don't like to think about where we might be headed, and what we might be facing.  But everything in my heart, my mind and my soul tells me to "GET READY!"  So I keep one eye on what the world is telling me, and the other, focused like a laser, for signs of my Redeemer.  And I continue to listen to that still, small voice that tells me what to say to you.  I hope you're listening.

Isaiah 32:3-4       "Then the eyes of those who see will no longer be closed, and the ears of those who hear will listen. The fearful heart will know and understand, and the stammering tongue will be fluent and clear. "