Ezekiel, Chapter 33.  I can no longer ignore the message it has for me.  I don't know why I seem to see things clearer and more poignantly than others.  And the Lord knows, I have received no divine message for the world.   But I am convicted, and so this past week, I took the plunge.  Upon the prompting of what I could only call the Holy Spirit, I placed individual phone calls to my siblings.  I was working on a blog post, and felt something so strong and so immediate, that I stopped writing, went to the phone and started dialing.  I knew if I hesitated, I would never follow through.  No more hinting at what "might" happen; no more beating around the bush. THE TIME WAS NOW! 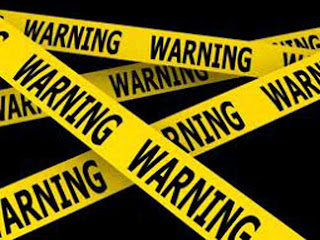 The first phone call was to my brother.  As the oldest sibling, I guess my opinions command some respect, although this conversation was certainly going to be out of the realm of our normal chat.  I explained that I feared he would call me "Crazy" and might even ignore my predictions for the future.  And, it's not as if this was the first time I had attempted to suggest he might benefit from storing a little extra food, batteries and medicines.  It was just the first time I was bold enough to proclaim the inevitability of a time he would definitely need these items.
He listened.  He said he didn't think I was crazy, and he knew things didn't look good.  I explained that I had been paying attention --- close attention --- for the last four years, and I felt strongly that we could no longer avoid the results of crushing national and world debt.  I also spoke of my increasing concerns over a critical event that would necessitate a dramatic shift in our social paradigm.  That meant losses of freedoms we have taken for granted; social unrest; and possibly even chaos from another terrorist attack.  I further stressed that I was feeling an urgency about our situation.  I didn't want him to delay.
I know how it must have sounded!  I'm sure he thought "Where has this come from?  Why now?"  I explained that I have felt this way for a long time, but now it was serious enough that I needed to make sure he knew what he must do.  I told him that when this happened, I needed to know that he had some food set aside for his family.  I also explained that I felt it might be unsafe in the city, and I invited him to come to us, BUT ..... he would need to bring supplies and food with him.  We would do what we could to share with as many people as we could, but there would be a limit as to how much that would be.  Having been forewarned, he would be expected to do his part.
And then I delivered the coup de grâce.  "I also need to know that you have a relationship with Jesus Christ." Because, as I went on to explain, "None of these other preparations matter, in comparison to getting right with God."  He listened.  I went on to tell him how my faith was at the center of all I was doing.  And he thanked me for caring enough to have this conversation.  We hung up and I silently prayed that he would act on my advice. 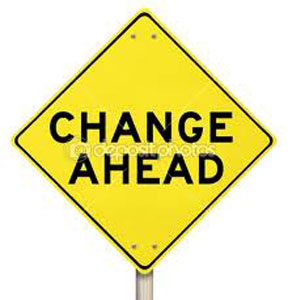 The next couple of phone calls were to my two sisters.  They live 800 miles away from me, and therefore my need to make them understand seemed even more pressing.  One of them has the same political views as I do; the other is just the opposite.  But I didn't approach our conversations along political lines.  And, like my brother, I think they both sense that "something is in the air"; my advice didn't sound near as crazy to them today, as it might have a couple of years ago.  Being wives and mothers, it wasn't hard to convince them of the value of storing extra food.  I'm pretty sure their understanding of how bad it might get comes nowhere near the probable reality.  But they listened and once again, they expressed their appreciation for my concern and my caring for them and their families.  I didn't have to make my speech about God to them, because I know where they stand in that department.
But will they act?  Will their husbands convince them that I'm just being eccentric and overly dramatic?  Both my husband and I have made this speech to other family members in the past, and our suggestions have been disregarded.  I know that it is a lot to absorb; that it is too much to face; and that it is easier to pretend everything is OK.  But my sisters are not afraid of taking on challenges; they are fighters.  They both admitted that their priorities have been misplaced and they needed to pay more attention to what is happening.  But they have a long way to go, and I'm not convinced that their agreement will translate into action.  So I'm praying that they, too, will be moved to prepare for their families.
That leaves me with one last sibling; a brother who I know will never accept my theories or give any credence to my opinion.  Just 14 months younger than me, there has always been a competitive spirit between us.  He is smarter than me, and accomplished more in the ways of the world.  He is like so many of our "intellectual elites" in this country.  His PhD and M.D. degrees give him an elevated opinion of himself, and having no God in his life (like so many who think they know more than us less intelligent beings) he worships his achievements and his money.  That doesn't mean that I can ignore trying to warn him.  He is my brother and I still love him.  But I must try to reach him in a different manner.  My plan is to send him a letter.  That may be the coward's way out, but any kind of confrontation will only lessen any chance of getting through to him.  This way he can't interrupt me on the phone and maybe, just maybe, the written word will resonate more. 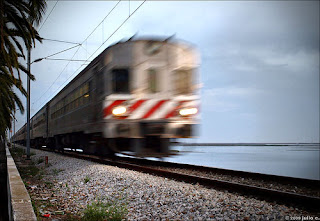 But I'm not through with my last try to protect my siblings.  I come from a long line of ancestors who expressed and acted on their responsibilities to family members.  My parents are both gone, and it is now up to me to provide a foundation and support system wherever and however I can.  I will buy a small portion of emergency prepared foods in #10 cans and ship to each of them.  I'm not trying to insult them, but I'm hoping that my small contribution to their family larders will be an incentive to do more on their own.  As my youngest sister said, "You're serious about this, aren't you?"  Yes, little sister, I am!  And when the hard times come, at least I will know that I gave them a chance.  And I will pray.  And that is really the best thing I can do for them.
So, the purpose of this post was not to bore you with the details of a few phone conversations.  It is my hope, that like me, you will recognize that the time for talking will soon be past.  We will have done all we can do to warn those we love to prepare.  They don't have much time, and I fear that the runaway train is barreling down the track right at them and they aren't hearing the whistle.  Whatever is coming could happen in a heartbeat --- one minute we recognize our way of life; the next minute, we don't.  I just want to know that I did not shirk my duty to my family.  Now it is up to them.

Ezekiel 33:6     "But if the watchman sees the sword coming and does not blow the trumpet to warn the people and the sword comes and takes someone’s life, that person’s life will be taken because of their sin, but I will hold the watchman accountable for their blood."
Posted by Pam Kohler at 7:00 AM