I recently read an amazing post on survivalblog.com, called Barter, Post-TEOTWAWKI: The Micro Store.  It was a very well-thought-out and comprehensive article on the wisdom and need for entrepreneur/retailers should we find ourselves in SHTF territory.  My husband referred me to the post, and was blown away when he realized that unknowingly, he had personally experienced just such a business while traveling in Argentina. 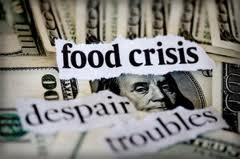 The year was 1998, and through a local travel agency, he scheduled a photography trip to the marshlands near Corrientes, a town which was situated close to the border of Uruguay.  Unbeknownst to him, the country was only a year away from plunging into a devastating economic collapse that would last until 2002.  High unemployment, inflation, a drop in the GDP, and instability with their currency were the results of poor economic and political decisions.
Upon arriving in Buenas Aires, he was picked up by a local representative arranged by the travel agency.  He thought nothing of it at the time, but looking back, he remembers that he was taken to choice restaurants for breakfast and lunch, and shown only the best sights until his connecting flight to his final destination.  He remembers them being very hungry for American dollars.  He saw nothing of the collapsing infrastructure.
He stayed at a popular tourist destination, a working cattle ranch known for attracting German bird-watchers in the Argentinian winter, and hunters in the spring and summer.  The once wealthy ranch still showed signs of its magnificence, but the first sign that something was wrong should have been that all the power was provided by generators, and they were shut off each night at 9:00 pm sharp.  At the time, he just thought it was due to the remoteness of the ranch. 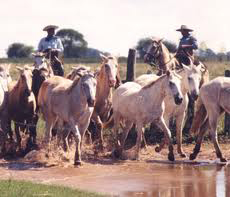 A trip to a small, nearby village was the real eye-opener.  The struggles of the Gauchos and their families, the lowest strata of the population, were obvious and unmistakable.  The area had just suffered a devastating 21 inches of rain in 3 days, and homes and land were flooded.  Being an American, even of very modest means, he was regarded as affluent and wealthy.  And he was the only one in the village who could run some heavy equipment, so when he finished helping the villagers scoop up the debris and rubble, it was time to enjoy each other's company after hours of back-breaking work.
The village consisted of a dozen or more poor and simple homes and a little general store, where the ranch owner purchased him a cold drink.  Between their limited English and Spanish skills, my husband and the store owner were able to converse and make themselves understood.  It seems that the store owner would travel to Miami and buy products wholesale at a local Sam's store and bring it back to his micro store.  Villagers lined up to make their purchases:  an elderly man bought 1 cigarette lighter and 4 cigarettes; a young mother bought 3 plastic diapers; a teenager bought 2 tampons; an old woman bought 2 immodium and a bottled water.
It seemed that everyone had to pay in cash, and the people were so impoverished, that the store owner allowed them to run a tab until the end of the month, when they had to settle up.  The currency was so devalued that the total tab for the entire village was only $200.  My husband wanted to pay the tab, in exchange for the villagers allowing him to photograph them, but the ranch owner warned that they would be offended.  So he bartered American money and cheap Pakistani knives for some of their beautiful handiwork (braided reatas and yerba mate cups).  Cash and utilitarian items is what they wanted, but they did not want to be charity cases. 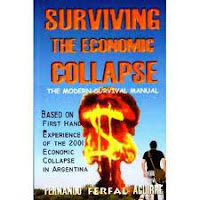 The purpose of this post is to, first of all, encourage you to read the article on survivalblog; secondly, to let you know that micro stores could absolutely become beneficial and profitable during TEOTWAWKI; and thirdly to invite you to read The Modern Survival Manual: Surviving The Economic Collapse.  It is a first-hand experience of the Argentinian economic collapse, that my husband also personally witnessed.
I think we can all agree that there is much to learn from those who have seen the monster up close and personal.  A Micro store is not a new idea, but one that has proven both useful and lucrative.  It is a way to survive and to help others.   Consider the ideas promoted by the author of the article, and come up with your own.  You are only limited by your imagination.