Window On The World

Last week the 2011 World Press Photos of the Year were awarded.  Not surprisingly, almost all represented the chaos and discouragement that abounds across the planet.  I hoped to see something beautiful; something that gave me hope, but there was not one.  In America, we live affluent lives according to the world's standards.  And it's easy to get caught up in our busy, self-involved lives.
But as the media and our government is so fond of reminding us, the world is getting smaller and we are all soon to become "one world-wide community."  Lord, help us, if these images become commonplace in our lives.  So I invite you to gaze upon what the photographers across the globe have captured as representative of our modern existence. 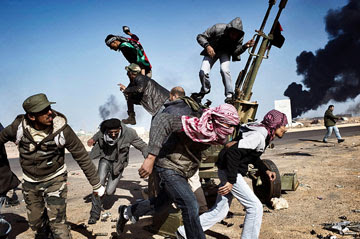 Libyan rebels, who held out hope for weeks that the world
would come to their aid against Muammar Gaddafi. 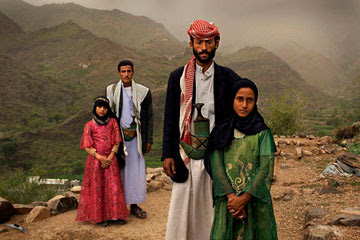 The innocent and lifeless eyes of 9-year-old child brides.
Countries and international agreements have been unable
to stop this forbidden practice.  It crosses continents, languages,
and religious boundaries. 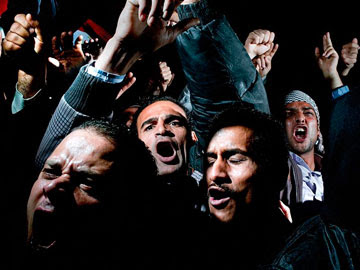 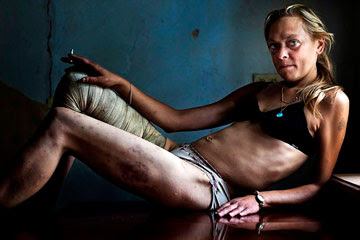 The provocative photo of a bruised and gaunt drug addict
and sex worker in the Ukraine. 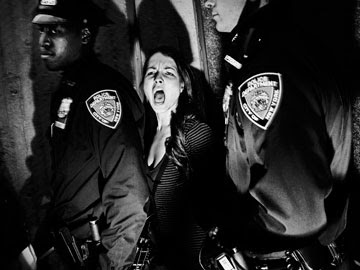 A photo of an arrest of protesters during a demonstration
against police tactics and income inequality in Harlem, New York City. 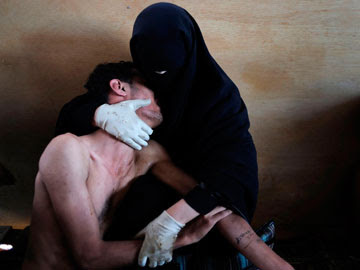 And the FIRST PLACE winner - a Yemenese woman holding
a wounded relative during protests against President Saleh.

I think we would all agree that these photos give amazing and astounding witness to the world in which we live.  They are poignant; they show compassion, sadness, anger, fear and uncertainty.  They capture, in living color, the issues of our day:  the Arab Spring, Sex Trafficking, Women's Rights, and a growing unrest in our own country.
If these photos are correct, the world is spinning, faster and faster, towards chaos, war and despair.
But what can I, one woman, do to slow down the turmoil and lawlessness?  True, I cannot effect change in the hearts of the despots of the world, or stop the hate that leads to violations against others that look, believe, or speak different than we do.
While it may seem insurmountable to stop the tide of Evil, we must not give up!  There is Good in the world and it starts with us!  I, for one, am choosing to reject these images as reflective of the world's nature.  We are all made in the image of God and it His likeness I will strive to put on display.
And I want to leave you with one last image....of the good that one small woman can do in the midst of overwhelming hopelessness.   Let her example be our inspiration. 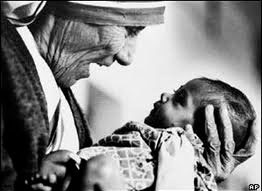