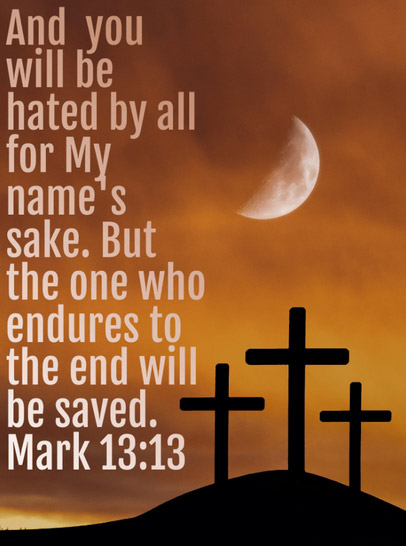 Christo-Facism ... is this a new term for you, as it was for me? I had to do a little digging to find out what it means and why it is a dangerous label to be tossed around. When asking the internet, What is Christo-Facism, you will get a variety of definitions that all come from a term coined by German liberation theology proponent, Dorothee Steffensky-Solle. The next obvious question is what is liberation theology? Here is the Wikipedia definition: Liberation theology is a Christian theological approach emphasizing the liberation of the oppressed. In certain contexts, it engages socio-economic analyses, with "social concern for the poor and political liberation for oppressed peoples". In other contexts, it addresses other forms of inequality, such as race or caste.

So, if I am understanding correctly, Christo-Facism appears to align [at least in some fashion] with the political theory of Social Justice. Now, I know that term has many variations, as well, among them Jesus's Biblical exhortation to care for the poor, the fatherless, the widows, and the sojourners. But this admonition by our Lord to care "for the least of these" is directed to the individual believer, and I do not believe it is meant to be applied as a contemporary, secular and corporate [group] ideology for the masses of society.

Another aspect of the Biblical worldview and understanding of social justice is that Jesus never says wealth is evil, as the secular/political notion of social justice claims. On the contrary, much can be done for the Kingdom of God when one has been blessed with the financial means to rightly steward godly-obtained wealth for the good of people. When one is aligned with the Spirit of God, you are able to discern how to give, who to give to, and where to wisely bless others by the redistribution of the wealth which God has given you. But we seem to have entered an age where a Biblical worldview has been supplanted with a "government knows best" system who decides how much wealth you can keep and where it will be allocated.

And we cannot go further with this discussion on Christo-Facism without considering the current meaning of the word Fascism. Historically, I think of Hitler, and the Wikipedia explanation of Fascism ... authoritarian, ultra-nationalist political ideology and movement, characterized by a dictatorial leader, centralized autocracy, militarism, forcible suppression of opposition, belief in a natural social [and racial] hierarchy, subordination of individual interests for the perceived good of the nation and race.

But, now, with Jesus and God being systemically removed from the heart of our national conscience, we find that the concepts of Christian and Fascism are combined to form a new definition that reflects a revisionist order seeking the strong regimentation of society and the economy. This revision has created the term Christo-Facism to represent [according to the Urban Dictionary] "an evangelical, semi-theocratical movement or temperament of Americans who stand against abortion, sexual education, homosexuality, science, anti-Zionism, and the separation of church and state... It's a pejorative term that inherently accuses its object of disloyalty to democracy".  Therefore, we Christians who are pro-life; who are for protecting our children from sexual exploitation; who believe God's covenant of marriage is between a man and a woman; who believe that science is not separate from God's creation; and who believe in the Biblical identity of Zion have now become "a threat to democracy".

Not only are we described as enemies of democracy, but we are perceived as opportunists who only participate in the political arena when our Biblical worldview of moral issues is supported. We are painted with a broad brush as indifferent and apathetic when it comes to the issues that affect the nation as a whole, such as the economy and national security -- which is patently discriminatory. Then this view is carried to its [illogical] conclusion that Christians are proponents of extreme far-right Fascism, which equals social inequality, racism, mysogynism, homophobia, hate speech, nationalism, etc. And this is how Christo-Fascism was born.

Make no mistake, I am not naive enough to think that there aren't Christians who fit this description, just as there are members of every social group that are fundamentalists for their social causes. But it is unjust to categorize any entire class of people in general terms, without specific cause or attention to individual variations.

And by stereotyping an entire group of people as Christo-Fascists there is an unrighteous consequence of such deliberation ... it becomes the weaponization of language and words against the believer who follows in the footsteps of Christ. The ultimate goal is to dehumanize Christians and remove their positive human qualities and characteristics. But should we be surprised to see this happening? Does not the Bible tell us that Christians will become persecuted as the world careens towards the final judgment of mankind? Let us join together in fervent prayer that this latest attempt by the Anti-Christ spirit to eliminate the Christian influence will be defeated and conquered, in the Mighty Name of Jesus! We cannot continue to go down this troubling road without causing irreparable damage to the heart and soul of our nation.

Matthew 5:11   Blessed are you when others revile you and persecute you and utter all kinds of evil against you falsely on My account.