21st Century Child Sacrifice At The Altars of Molech and Ba'al 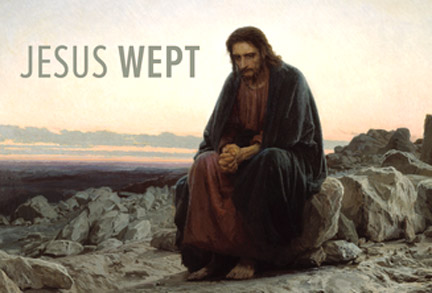 You have heard King Solomon quoted many times: There is nothing new under the sun. It would be nice for the world if that pertained only to good and moral lifestyles. But sadly [and most abhorrently] this expression still applies to the despicable practice of sacrificing children in the spirit of Molech, the ancient pagan god.

This false god is so old that I could not find any reference as to when he first appeared on the scene. Several websites stated that as early as 1450 BC, when the Israelites were wandering in the desert, they were worshiping Molech (think the golden calf), even before they had entered the land of Canaan. And we know that this detestable god appears multiple times throughout the Old Testament. We also know exactly how God felt about worshiping him... The Lord said to Moses, “Say to the Israelites: ‘Any Israelite or any foreigner residing in Israel who sacrifices any of his children to Molech is to be put to death. The members of the community are to stone him. I myself will set my face against him and will cut him off from his people; for by sacrificing his children to Molech, he has defiled my sanctuary and profaned my holy name. If the members of the community close their eyes when that man sacrifices one of his children to Molech and if they fail to put him to death, I myself will set my face against him and his family and will cut them off from their people together with all who follow him in prostituting themselves to Molech.

Pretty clear, isn't it? So, how did this sacrifice ritual work? Chabad.org gives us the details: "Molech was built outside of Jerusalem in the valley of Ben-Hinnom. It was an idol with the face of a calf and open hands like someone who wants to take something from another. They would light this idol on fire until his hands were scorching. There were seven chambers before him and according to the quality of the sacrifice that is how close one could come to him. If one came with a bird, then chamber one; goat, chamber two; sheep, chamber three; calf, chamber four; cow, chamber five; and ox, chamber six. The priests would say that the one who brought his child was bringing the biggest sacrifice of all. He would enter the innermost chamber and go kiss the Molech . . . The priests would then take the child and place it near the Molech. They would then bang with drums and clap to drown the noise from the child’s screams so that the father would not regret his decision."

While I have no evidence that bronze statues of Molech still exist [with their heads of calves (or bulls) and chests that contain a big fiery furnace], it's not hard to see that Molech worship is still alive and well. Children are still being sacrificed, and it is through the ritual of abortion. What sacrifice is bigger than giving yourself the power to overcome the procreation of God's children? The 21st Century idolators seem to have dropped the argument that it is not a child, but rather just "some cells". But how do they explain their desire to write more comprehensive legislation that would allow the killing of babies up to [and after] birth?

But it is not only abortion that sees innocent children sacrificed. The sexual exploitation of children, child pornography, and sex trafficking are all forms of child sacrifice, and Molech combines forces with the false god Ba'al in the morally depraved culture of the modern world. All you have to do is tune in to the latest scandal involving Balenciaga, the Spanish luxury fashion house that caters to celebrities and the elite. You can find any Kardashian, Nicole Kidman, Beyoncé, Gwyneth Paltrow, and the like, wearing Balenciaga. But their recent ad campaign has revealed the ugly underbelly of how our children are being objectified and becoming pawns in the 21st Century worship of Ba'al.

But that's not all this ad campaign reveals in regard to children. One ad pictures a book in the background by artist Michael Booremans whose works include castrated toddlers. Another ad appears to include photographs of paperwork from a Supreme Court case that upheld part of a federal child pornography law. Are you starting to get the picture? For years now, we've heard of child sex trafficking, and of the hundreds of thousands of children who disappear into sex trafficking rings, and are being used in satanic rituals, and exploited in the underground child pornography industry. It's been hinted at of the kinds of depraved minds that look upon children as commodities to fulfill their corrupted and debauched appetites. Each of these ads also features an innocuous little white rabbit, which some have suggested is used to trigger a response in programmed observers of the ads. And the most blatant "clue" to the "hidden" demonic messages in this campaign is the roll of gold packing tape in which the name "Balenciaga" has been altered to spell "Baalenciaga".

It's almost too much to bear for the righteous! Just as in ancient days, people blatantly followed Molech and Baal openly and deliberately. And today, the immoral and depraved parade their worship of Baal and their wicked mis-use of young children in the faces of the unsuspecting public, daring us to see behind the curtain. Lord God! Please expose the abuse and the sexual deviation that is perpetrated upon our children in this generation. You are the same God who abhorred the worship of Molech and Baal in ages past. Deal with the offenders of these children now, as You did then! Protect them and guard their innocence! Show us how to battle in the spiritual realms on their behalf, and teach us how to pray that this evil ends. Seeing it is not enough -- we want to partner with you to see these children redeemed! Amen!