Thoughts On The State Of Our Country and The World 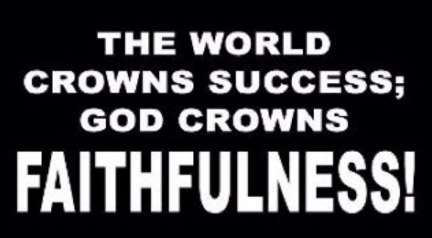 I have been waiting for the dust to settle after the recent election before making any kind of comment -- although it looks as if the final outcome is still days away. And don't worry ... this is anything but a political post. In fact, what I have to say is this: I think it's about time for Christians to face the fact that the solution(s) to what ails our country doesn't lie in politics. Our troubles are spiritual, not temporal, and until this nation repents for its unrighteousness in all spheres of influence, and changes its soul and spirit, we are only going to continue to degrade the quality of our lives and the heart of this country.

We Christians need to come to terms with the Biblical truth that we cannot serve two masters. We cannot effectively serve both political ideologies and God. We cannot serve earthly goods, property, and riches and still adequately serve God. We cannot promote social causes with the same passion that we advocate for the Kingdom of God -- one or the other is going to suffer. Please understand that I know the motivations and intentions of Christians in these areas is only for the good of us all. But we need to begin thinking about this from God's perspective. That is what true repentance looks like.

Just as Jesus explained to the Pharisees in Mark 12, it's okay to give to Caesar (or any other authority) what is due them, just be as diligent to give God His due. And if we find ourselves out of balance in making choices as to which will receive our heart, then our culture, our nation, and the world will suffer the consequences. You see, the condition of the human heart is at the center of the state in which we find ourselves. God looks down upon us and sees all the ways that our fleshly hearts have reduced His presence in our daily lives, and sees how that has affected our human condition. And He has seen it happen over and over since the Garden of Eden. How mankind's repetitive history must cause Him pain!

And it is such a recurring and predictable theme. I am reminded of a quote from Marine Combat Veteran and Author, G. Michael Hopf ... "Hard times create strong men. Strong men create good times. Good times create weak men. And weak men create hard times". That is a cycle that has repeated itself throughout history. It is because at each turn of the cycle, men's hearts either embrace or reject God.

We see it throughout the Bible in the history of the Israelites and the Jewish people ... The entrance into the Promised Land was fraught with danger and afflictions, yet Joshua rose up as a strong warrior that followed God's leading and the Israelites gained ground in the land God promised them, and they prospered. But weak men ruled after Joshua's death, and there was no one to point Israel to YHWH, and the Enemy was able to divide and conquer the people. Sound familiar? We also see this play out in the kings of Judah, where the good times were a result of kings who chose to be strong in their faith and repudiate the pagan gods that the people had turned to. But it wasn't long before those good times led the people to become lax in following God's statutes and they returned to their wicked ways. And these weak men led to God's judgment and hard times for the Jews until a new king rose up and again battled to tear down the altars and the high places, resulting in God's favor and the good times and prosperity returned. And so the cycle continued.

We need to take a serious step back and ask ourselves if this country is not repeating those times of prosperity followed by days of destructive courses of action. As long as God is removed as the governing spirit of this nation, what can we expect? He is either the central purpose of our efforts and His ways are what we seek first, or we take our eyes off Him because we think we've found a different direction that will make the world a better place. But that keeps us tied to the world and its systems!

As for me, I am truly at the stage in my life when I understand at the deepest levels of my flesh, soul, and spirit that I do not want to live in the systems of this world. I want to live in God's Kingdom systems. I don't want to be affected by the cycles of men who go from strong to weak, depending on their faith and reliance on God. I also totally understand that because we live in a sinful world, and as long as I am in this temporal body, I am going to be at the mercy of mankind's cycles. But I am no longer going to rely on those cycles to define the condition of my life.

Whatever befalls our nation or the world, I will seek God's wisdom, not men's; God's will, not men's. And if men will align themselves with what God reveals to me, then I can support them as they become the Joshua's and the King Josiah's  and the Disciples of Jesus that we so desperately need today. I will only be too happy to praise them as we come together and see righteousness return to this nation. Until then, I can only pray that God hears the fervent prayers of His remnant and heals our land.

Romans 12:2     And do not be conformed to this world [any longer with its superficial values and customs], but be transformed and progressively changed [as you mature spiritually] by the renewing of your mind [focusing on godly values and ethical attitudes], so that you may prove [for yourselves] what the will of God is, that which is good and acceptable and perfect [in His plan and purpose for you].

Email ThisBlogThis!Share to TwitterShare to FacebookShare to Pinterest
Labels: God's Judgment, God's Plan for the Nations, Our Culture, Sheep and Goat Nations, Sins of our nation