"The Council For Inclusive Capitalism" & Why It Is a Prophetic Picture of the Beast System in Revelation 17! 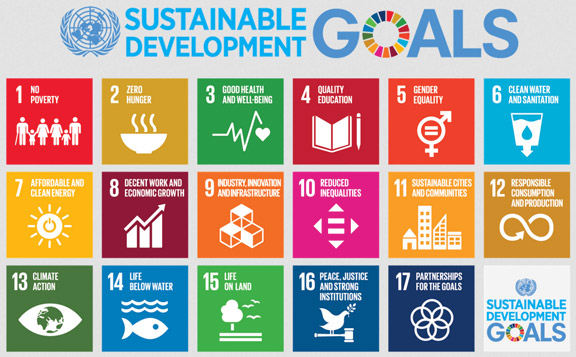 Once again I am hearing from the Lord to give a warning about the End Times scenario the world is approaching. He has shown me this for several years; my husband and I have taught seminars on this topic; and we have shouted from the rooftops that people need to see where we are headed. Now, the prompting from Heaven is once again heavy on my spirit to show what the Bible has prophesied, and it is time to share it.

For the last decade or more, in the midst of educating me on the responsibilities of Christians to advance the Kingdom of God, my Lord has shone His Light on information regarding topics such as Agenda 21, the New World Order, Agenda 2030, the Great Reset, and now "The Council on Inclusive Capitalism". You will see that I have included links to quite a few articles on this subject, and that's because there are people smarter than me who can explain what we're facing better than me. I hope you will take the time to read them. This may all sound like complicated and confusing plans to control the world's population, but at their core they are all designed to deliver us into the Beast System of the Book of Revelation.

What is this Beast System? It is a reference to a system of world government mentioned in both Revelation 13 and 17, and is a coalition of nations that seeks to subdue the population of the earth under Satan's orders. Eventually "the system" will become answerable to "the Beast", Himself, who is the Anti-Christ, the "Man of Lawlessness". But we are not quite there yet; first his Beast System must be implemented, as described in Revelation 17:12-13 ... "The ten horns that you saw are ten kings who have not yet received a kingdom, but [together] they receive authority as kings for a single hour [for a common purpose] along with the beast. These [kings] have one purpose [one mind, one common goal], and they give their power and authority to the beast." In other words, nations of the world will give up their sovereignty to develop a one-world alliance (or New World Order), until they ultimately surrender their authority to the Anti-Christ. The Good News for us is found in verse 14: They will join forces with the Anti-Christ, and "They will wage war against the Lamb (Christ), and the Lamb will triumph and conquer them, because He is Lord of lords and King of kings, and those who are with Him and on His side are the called and chosen (elect) and faithful.”

But before we get to that point, we're going to have to go through some bad stuff. And rather than write some long, drawn-out explanations of the different strategies for population control that are [even now] underway, I recommend you read these excellent articles to understand how Satan's plans have progressed: The Truth About The UN's Agenda 2030 ... Pope Francis Calls For Global Government and the End of National Sovereignty ... and The "GREAT Narrative" of the New World Order Exposed and Revealed.

They all detail the various strategies to subjugate the people of the world to an elite cabal of world politicians, business leaders, and cultural philosophers in order to make the world "a better place" or to "save the planet". But there's one big problem with their ideas ... it means individual freedom is sacrificed for "the good of all". And how do they accomplish this noble goal? Well, two years ago, my husband and I presented a seminar called "The Great Reset Meets The Kingdom of God", in which we quoted Klaus Schwab, the "man of the hour" and head of the World Economic Forum (WEF). This is what he said: "The world must act swiftly and jointly to revamp all aspects of our societies and economies, from education to social contracts and working conditions. Every country, from the United States to China, must participate, and every industry, from oil and gas to tech, must be transformed. In short, we need a "Great Reset" of capitalism."

Sounds pretty much like he wants to set Revelation 17 in motion, doesn't it? That's where "The Council for Inclusive Capitalism" comes in. And of course, they want you to believe their goal is "to make the world more inclusive and sustainable"... for instance, energy companies must act for a "just" transition. And they announce that they have 607 actions for inclusive capitalism and 296 member organizations. Who are some of these organizations who have signed on to this global inclusiveness? Fortis Lux Financial, who will promote employee diversity and inclusion; BP who aims to protect the environment by increasing "biodiversity by implementing enhancement plans by 2030" [climate control]; Bank of America who will commit to hire 10,000 individuals from low and moderate income neighborhoods ["equity"] and provide them with skills training; and Johnson & Johnson, who "will leverage digital technologies to combat pandemics and epidemics by enabling global/open access to a vaccination monitoring platform by 2025".

Does any of this sound like it's good for individual freedom? Brandon Smith wrote an excellent article for Alt-Market.us that lays out the agenda for this Council and their plans for the one-world government that the Book of Revelation prophesies. He cites one of the most chilling quotes I've ever heard regarding this global agenda. It comes from
Clinton Administration Deputy Secretary of State Strobe Talbot, who stated in Time magazine that: “In the next century, nations as we know it will be obsolete; all states will recognize a single, global authority… National sovereignty wasn’t such a great idea after all.”

Smith's article goes into great detail to lay out the plans and strategies for The Council, and although he doesn't tie this alarming agenda directly to the Bible, he does make note that the Pope has been increasingly promoting "woke ideology, climate alarmism and one world religion rhetoric in conflict with traditional Christian doctrine." What we Christians, with eyes to see and ears to hear, must understand is that the political, economic, and religious power centers of this world are coming together to form "the Beast" of Revelation 13:7-8, who is given permission to wage war against the saints (God’s people) and to overcome them, and [is given] authority and power over every tribe and people and language and nation. All the inhabitants of the earth will fall down and worship him, everyone whose name has not been written since the foundation of the world in the Book of Life.

We are on the precipice of entering this dark prophecy of the Bible. All the dominoes are set in place. The question is whether they are set to fall in our lifetime. With each step the global elite take with their "agendas and councils", we begin to see the ending Book of the Bible come into view. That old serpent/dragon Satan is coming closer to unveiling the Anti-Christ and the False Prophet, ushering in the termination of national sovereignty and the forced worship of an Anti-Christ system. We can continue to refute the idea that we might see such evil in our world because "we win in the end and Jesus is our victory" [which is true, by the way], OR we can answer God's call in Revelation 13:10 for patient endurance and the faithfulness of the saints [which is seen in the response of God’s people to difficult times]. The choice is ours, and in the meantime, we have work to do ... there are people who need to know the Saving Grace of Christ so that they may enter and partake of the Kingdom of God on earth; they need to be equipped and trained to endure and persevere until the return of the Lord, who will conquer and defeat the alliance of Satan and evil men. For a short time they will succeed in their plans, but I celebrate that it is our Lord who gets to write the end of the story!

Revelation 22:12-13      Behold, I am coming soon, bringing my recompense with me, to repay each one for what he has done. I am the Alpha and the Omega, the first and the last, the beginning and the end.