"The Baby Leaped In The Womb" 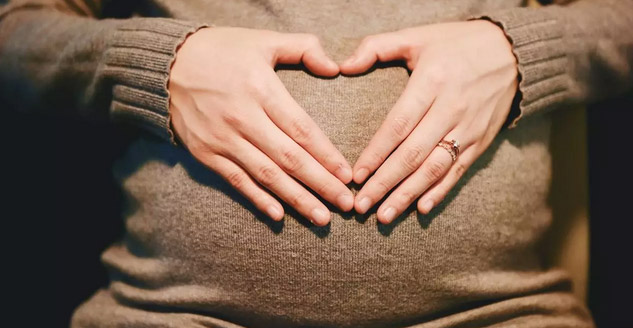 We've had a few days to digest the Supreme Court decision to overturn Roe V. Wade. This is a momentous decision for the future of our country. I was in college when Roe became law in 1973, and through the years I have become more devastated at the agreement among my fellow women that it is okay to end the life of a child in the womb. I will sadly admit that in my 20s I was cavalier about abortion... I got caught up in the feminist rhetoric, and not knowing Jesus at the time, I gave little consideration to the effect this horrendous law would have on over 60 million babies in our country alone.

Many of my college acquaintances had abortions; free contraceptives at the University Health Clinic did not stem the tide of the unwanted consequences of casual sex. The freedom to terminate a pregnancy was embraced and even celebrated. It became an accepted method for millions of women as they pursued careers without the hindrance or restraint of raising a child. But I also know that there were millions of other women who had abortions and did not approach it in that dispassionate manner. For them, it was a gut-wrenching decision and one that left an enduring wound on their souls and spirits. That was a time in our nation that Revelation 12:9 describes quite well ... Satan managed to deceive and seduce the entire world on the issue of abortion. He was an accuser and an author of confusion. But I thank the Lord that women who fell for the devil's lies can repent and receive forgiveness from the LORD of Lords. And I pray that they will forgive themselves.

But now we have the Supreme Court decision that overturns Roe v. Wade. And the devil is mad! He has stirred up hatred and vitriol because his lie is being exposed. The Supreme Court Justices took a courageous stand for the Constitution and the rights of the unborn. You see, it is a lie that "fetal tissue" is not a human baby. From ancient times, it has been acknowledged that it is a baby in the womb of an expectant mother. And if you are a Christian and have doubts or question the veracity of that statement, let me give you an answer from God.

We are all familiar with the story in Luke 1:41 when Mary, the mother of Jesus, comes to visit her cousin, Elizabeth, the mother of John the Baptist. Scripture says, And when Elizabeth heard the greeting of Mary, the baby leaped in her womb. The use of that word "baby" is not accidental. It is the Greek word, Brephos, meaning "unborn baby". The term does not distinguish between a pre-birth or post-birth baby; it was a baby that leaped in Elizabeth's womb. And Jeremiah 1:5 says Jesus knew the prophet from the foundations of the world before He formed Jeremiah in the womb, establishing that what was in the womb was a human being. Same thing goes for Galatians 1:15 which says that God separated Paul from his mother's womb, again confirming that what was in the womb was Paul, a human being. Psalm 139:13-15 also validates that the Lord formed David's parts (intricately and skillfully) in his mother's womb. What is in that womb is clearly identified as David! All this is Biblical evidence that God considers what is in the womb is a living baby.

What those who believe in abortion [including those who call themselves Christians] don't understand is that Satan longs to kill God's creation. Although you may doubt its veracity, let me introduce you to the First Book of Enoch which is a pseudepigraphal text [not included in any canon of Scripture, but referred to by many ancient sources as being the writings of Enoch, the son of Jared, great grandfather of Noah, and father of Methusaleh]. In chapter 69, names of fallen angels and their assignments are revealed. The fifth angel's name is Kasdeja. He is credited with "showing the humans every wicked strike of spirits and of demons, the strike at the embryo in the womb, to miscarry it ...". It describes how demonic spirits can strike at the unborn "like a serpent". As hard as it may be for you to accept, abortion is a demonic act. And I want to refer you to some information I discovered back in 2015, as a current demonstration of that fact.

In 2015, I wrote an article titled, Is There A Connection Between Abortion and Satanism. It is a truly disturbing testimony of abortion as a ritual for Satan by a man who once partook in this satanic/demonic act, and has since repented and become a warrior for Christ. I warn you, his story is chilling and alarming. And if that's too hard to believe, just a couple of days ago, during protests against the Roe v. Wade decision, an angry man is recording telling an investigative reporter that he "f----ing loves killing babies" -- in the voice of a hateful demon! You can watch the video here. I don't share these unsettling pieces of information to shock you, but to show you the underbelly of what this country has endorsed for 50 years! And let me share a personal story that a dear expectant mother shared with me ... she went for an ultrasound and it revealed her baby was asleep. So the technician pushed on her stomach to arouse the baby and the ultrasound showed him crying because he was woke up! How can pro-abortion advocates still declare that this precious child is the property of the woman to be disposed of at her will?

But I believe God is hearing the prayers of His faithful people and is turning us back to His heart. Just in the last week, we have protected the 2nd Amendment, reversed Roe v. Wade, and safeguarded our religious freedoms [when the Supreme Court voted that it is constitutional for Coach Joe Kennedy to pray publicly on the football field]. That, my friends, can only be the hand of God intervening in our judicial system. Thank you, Father!

And now there is room for hope that we just might have a chance to see our country redeemed and become one nation under God again! But know this: the Enemy will not give up without a fight! So you prayer warriors must continue to pray and storm the heavens for righteousness. We cannot give up! The Enemy knows his time is short -- we all know it, too. So, pray and fast and keep your spiritual armor on. We have won some very important battles, and there are more to be won before our Lord returns! Amen!