They Are Precious In His Sight 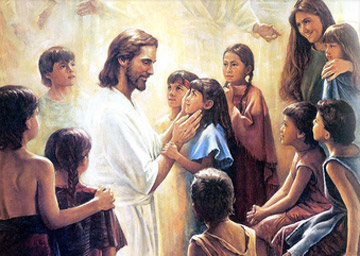 How do I express all the emotions I am feeling in the aftermath of the tragedy in Uvalde, Texas? This weighs so heavy on my spirit because, for seven years, my husband and I called the rural communities of Sabinal and Uvalde "home". We lived on 129 acres about 20 miles from Uvalde, which is where we did our grocery shopping and our banking; where the feed store we frequented was located, and where I got my hair cut and my nails done. When you live in rural Texas you form bonds that are forever, and although it's been 14 years since we lived there, we're still in contact with many of those fine people.

So, when the news flashed across the TV screen, I felt my soul being torn apart. My mind screamed, "NO!" as I held my breath, praying that no one I knew was among the shocking numbers they were reporting. "Please, Jesus, protect those children!" But the numbers kept climbing and the horror of the truth invaded my body, soul, and spirit... another school shooting and more innocent blood shed by an evil murderer. And then it came; exactly what I feared ... a woman I knew lost her granddaughter in the unimaginable horror that happened in that classroom. Lord, how do we defeat this evil that is raging across our land?

Notice that I didn't ask Him how we got to this point. I know how we got here. As a nation, we rejected God. We decided, as a culture and a society, that we wanted to rule our lives by our own will, not His. As a society, we began rebelling against anything that put restrictions on our behavior. We became arrogant and wanted to control our lives by our own permissive rules. That included our bodies, our morals, our family structures, our idols, and anything that brought us pleasure, no matter how debased or corrupt. And so, because the One who created us gave us Free Will, He gave us the desire of our hearts. He designed Free Will to be a vehicle by which we, His creation, could make our own decision to honor and worship Him. He could have created 8 billion robots that were programmed to worship Him. But He gave us the freedom of self-determination to decide whether we would acknowledge His majesty or not.

And what decisions has our society made? Fifty years ago, we decided we didn't need Him in our schools, so we've had several generations of kids who have not begun their day in prayer or acknowledging that there is a Power greater than themselves. That power was transferred to the government who decided what children should learn to be productive citizens, which just so happened to persuade them to give up their freedoms and give more power to the government, which has led to government attempting to take over the role of "parent" to our children.

Schools were just the beginning, though. Forty years ago, we decided that God's design for our bodies and reproduction limited our freedom of fulfilling our sexual desires. So, we over-ruled His Word which said to be fruitful and multiply, and rejected His declaration that children are a heritage and a blessing from the Lord. Instead, our modern culture has decided to make children a matter of "choice". And the consequences of that decision is over 60 million murdered babies in the womb.

But there are more consequences of wandering from God's ways. We have generations of fatherless and broken families. And do I need to remind you that "family" is a precious template of His relationship with us. The Bible tells us we are His children; as Christians, we are adopted into His family. But government convinced many of the members of our society that they were a better choice to guide and provide for the family than fathers. But we didn't stop there. Not only did we emasculate fathers as the heads of their family units, but we moved toward redefining genders altogether, and now encourage emotionally, psychologically and surgically changing genders because we "feel" like it.

And then there's the issue of technology. I-pads have become our kids' babysitters. And if you think that the devil hasn't found a way to control their minds and hearts through technology, then you aren't paying attention. And technology has become a very effective method of feeding the vile passions of a nation who is exporting child pornography, human sex trafficking, and drugs among other things that God abhors. The absence of God as the cornerstone of this nation results in the kinds of horrific tragedies we have seen in Uvalde and Buffalo. How can children on the verge of manhood be so wicked as to shoot innocent men, women, and children?

The Bible makes it very clear that "[God does not overlook sin] and the wrath of God is revealed from heaven against all ungodliness and unrighteousness of men who in their wickedness suppress and stifle the truth because that which is known about God is evident within them [in their inner consciousness], for God made it evident to them [Romans 1:18-19]. BUT since they did not see fit to acknowledge God or consider Him worth knowing [as their Creator], God gave them over to a depraved mind, to do things which are improper and repulsive, until they were filled (permeated, saturated) with every kind of unrighteousness, wickedness, greed, evil; full of envy, murder, strife, deceit, malice and mean-spiritedness [Romans 1:28-29].

The King James Bible says God will not overlook the sins of men who stifle the truth that He exists, and who refuse to acknowledge Him or consider Him worth knowing. In fact, He will give them over to a reprobate mind. That word "reprobate" is adokimos in the Greek, and it means "what is unapproved and rejected; by implication it is literally and morally worthless; God casts them away." In other words, God abandons them. They are too far gone to come back to Him. But our society is too willing to just label it as "mental illness". That's a nice sterile and safe way to describe the state of mind that has rejected God. But when we, as a nation, have removed God from our schools, our homes, and our institutions, we have created a spiritual vacuum that is devoid of moral guiding principles. And we all know that Nature abhors a vacuum. When God is removed, it will be filled with something else. And Satan is only too willing to fill that emptiness with His evil ways.

What the world witnessed in Uvalde, Texas this week was nothing short of the wickedness of a reprobate mind. The Creator of the Universe hated to see such evil perpetrated against those innocent children and two brave teachers. And my spirit grieves over the terror that they all experienced. But I cling to the knowledge that Jesus was with them in those horrific moments and gathered them to His bosom as He took them Home to be with their Heavenly Father. And if you are among the faithful of this nation who knows Jesus as your Savior, then you know the truth and the hope of that scenario.

And if you are among those who have not acknowledged Him, then I'm sure you are scoffing at my beliefs. And on the other side of the coin, I'm sure there are Christians who think that I am painting too dark a picture of our country. That Jesus is going to invade the hearts of our nation and all will turn their hearts to Him and bow a knee. I join you in repenting for the sins of America and looking towards the victory that is ours in Christ. But I can't ignore the overwhelming evidence of a society and culture that has abandoned the ways of the Lord in so many areas of our national experience.

And the answer to our plight does not lie in politics. According to the Pew Research Center, 88% of the members of Congress identify as Christian. Yet, our nation is drowning in debt; our border is being overrun with illegal immigrants; our youth are dying from fentanyl; our children are being trafficked, tempted to change genders, indoctrinated, and murdered at alarming rates. Does that sound like a nation that is walking in God's ways? I know that in far too many of our behaviors and practices we have abandoned God. I pray that God has not abandoned us.

In the aftermath of the shooting in Uvalde, the country cries, "Do something!" We demand that our governing officials stop the chaos and the killing; create more man-made laws to curb our debased instincts. But until we turn from our own ways and following the gods that we have created, and come back to the God who created us -- the God whose heavenly laws are righteous, beneficial, reliable, and sufficient -- we will continue to suffer the consequences of our wicked ways.

I know it is God's desire that we change course, and that gives me hope that America still stands a chance. It is His will that we become a nation that repents of its sins, that values each individual, and that seeks to love each other as He loves us. But we have a lot of work to do. I pray it is not too late to stem the tide of evil that the Enemy is fomenting. We must invite God back into the heart of this nation! Let us turn this vacuum into an abundance of His Power, Mercy, and Grace. Let us return Him to His position of Authority in every sphere of our existence! Let the nations declare that America has restored the King of Kings to His rightful throne as Lord of this nation! And we trust with every fiber of our beings that those 19 sweet babies and their two brave protectors were welcomed into His Kingdom as He dried their tears and surrounded them with His overwhelming and powerful love. God, please take care of them until they can be reunited with their families!

Proverbs 1:29-33  Because they hated knowledge and did not choose the fear of the Lord, would have none of My counsel and despised all My reproof, therefore they shall eat the fruit of their way, and have their fill of their own devices. For the simple are killed by their turning away, and the complacency of fools destroys them; but whoever listens to Me will dwell secure and will be at ease, without dread of disaster.